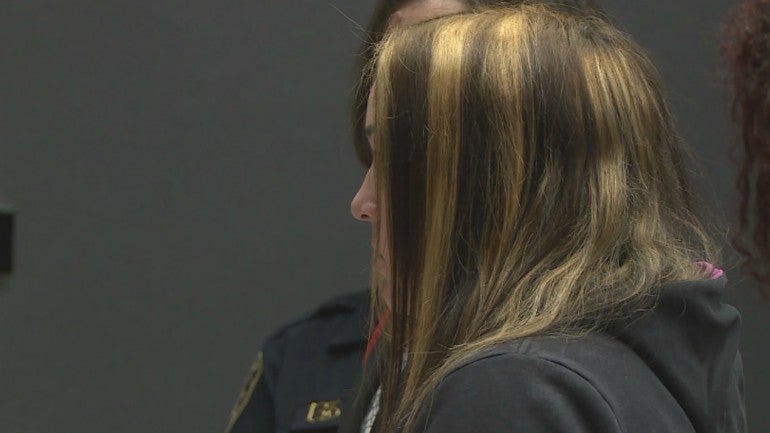 East Providence police launched an investigation into Kayla Card in February after receiving a tip from the Rhode Island Society for the Prevention of Cruelty to Animals (RISPCA).

RISPCA Animal Cruelty Officer Joe Warzycha said a case in Smithfield where hundreds of animals were found in squalid conditions back in March helped officers track down Card.

According to the police report obtained by Eyewitness News, the RISPCA shared a log of messages between Card and a Smithfield man indicating she had eight puppies’ ears “cropped” at the Taunton Avenue car wash on at least two separate occasions.

“We can’t give out too many details but, the instrumentation that he’s used to perform these surgeries certainly would not be considered acceptable,” Warzycha said.

The police report describes ear cropping as a procedure in which a dog’s ears are cut off for aesthetic purposes. The conversations also described the removal of “cherry eye,” or a prolapsed tear duct near a dog’s eye.

The report indicates the man told Card he charged $150 per dog for the “ear cropping” and $100 per eye for the removal of “cherry eye.”

Police said Card was uncooperative when she was approached about the messages by an animal control officer.

Card told the officer she had the dogs’ ears cropped at a veterinary clinic in New Jersey, according to police. Initially, she told police she did not know the man but eventually admitted to knowing him and said he was licensed to perform the procedures.

Police checked with the clinic and learned her name was not on the list of ear croppings performed there during the weekend she had indicated.

Card, 28, of North Providence, was issued a summons for harboring three unlicensed dogs at the car wash and was charged with cruelty to animals, conspiracy, and obstructing police.

“She permitted her dogs to be subjected and suffering by allowing them to be operated on by an unlicensed veterinarian,” Warzycha said.

Card was arraigned on the charges in court Tuesday and ordered to surrender all of her dogs to police as a condition of her bail.

Eyewitness News reached out to Card about the case and she said she has no comment on the allegations against her.

The RISPCA said the Smithfield case has opened the doors on a wide spread investigation into animal cruelty across Rhode Island. Warzycha said it is likely that more charges and suspects will be revealed soon.