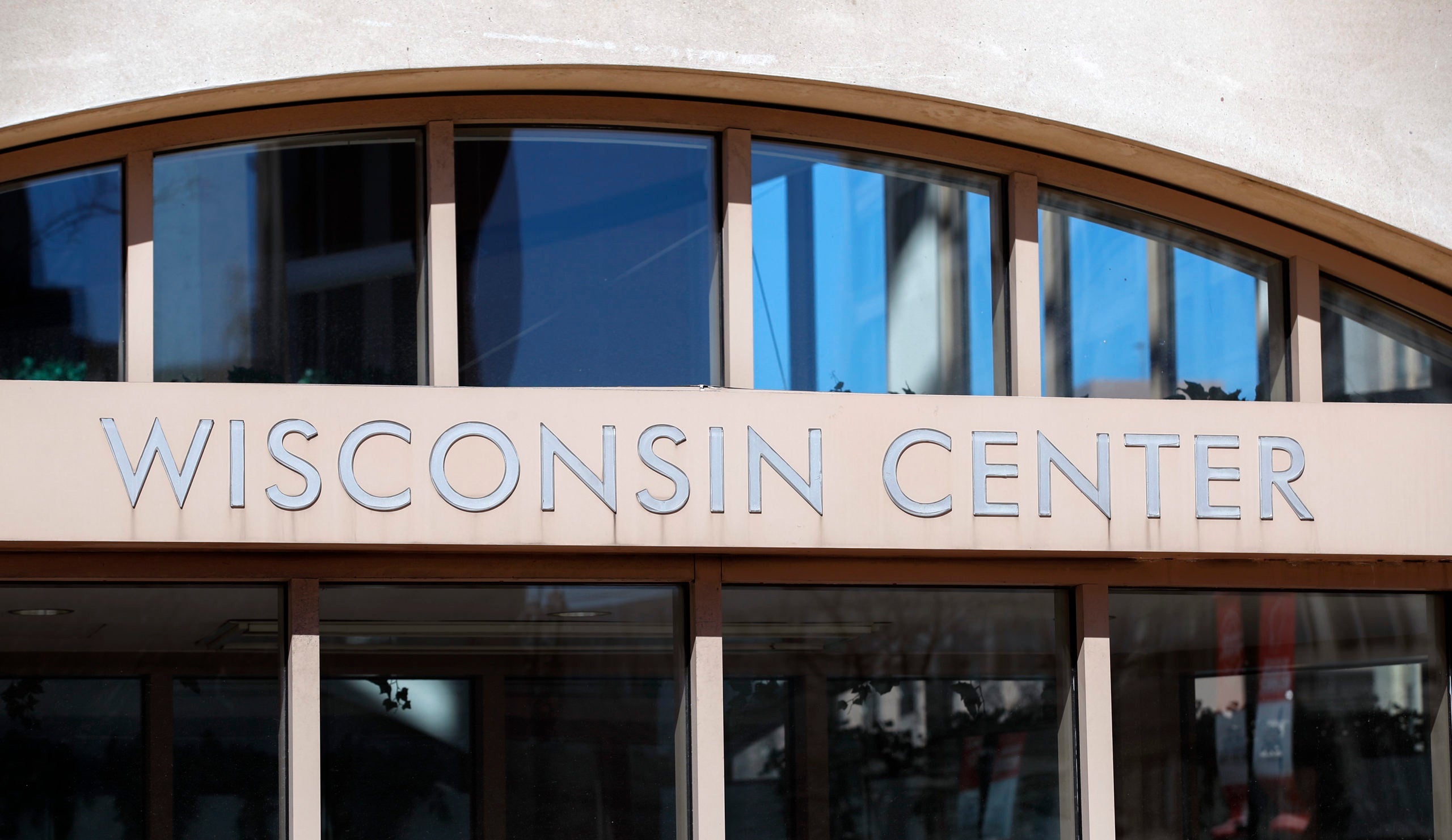 The Wisconsin Center, one of the sites for the 2020 Democratic National Convention, is seen in Milwaukee, Wisconsin on March 11, 2019. - Democrats have chosen Milwaukee as the site of their 2020 election convention, in an effort to win back swing voters in the American "Rust Belt" who helped elect Donald Trump. In announcing the decision, the Democratic Party emphasized it is the first time a Midwestern city other than Chicago has been chosen to host a party convention in more than 100 years. (Photo by Kamil Krzaczynski / AFP) (Photo credit should read KAMIL KRZACZYNSKI/AFP via Getty Images)
by: SCOTT BAUER Associated Press
Posted: Feb 5, 2020 / 01:28 PM EST / Updated: Feb 5, 2020 / 01:28 PM EST

MADISON, Wis. (AP) — The two leaders of Milwaukee’s host committee for the 2020 Democratic National Convention were fired late Tuesday amid allegations that they oversaw a toxic work environment, a dramatic shakeup less than six months before the showcase political event in swing state Wisconsin.

The host committee board issued a statement saying that the group’s president, Liz Gilbert, and its chief of staff, Adam Alonso, were no longer employed by the organization effective immediately. The firings came a day after Gilbert and Alonso were placed on leave pending an investigation.

“Every employee has a right to feel respected in their workplace,” the committee board said. “Based on the information we have learned to date, we believe the work environment did not meet the ideals and expectations of the Milwaukee 2020 Host Committee Board of Directors.”

Joe Solmonese, the chief executive of the Democratic National Convention Committee, said the “gravity of the concernd raised” demanded a serious and meaningful response and he was grateful for the board acting promptly to address the issue.

“Employees who take a stand and call for respect, fairness, and safety in their workplace have our full support, and I am proud of the Host Committee employees who courageously came forward,” Solmonese said in a statement.

Teresa Vilmain, described as a Wisconsin resident and convention veteran, was named as manager of day-to-day operations during the transition.

The Milwaukee Journal Sentinel first reported on the investigation and obtained an unsigned letter, verified by one of the women who worked on it, sent Jan. 30 from “senior women” of the host committee to the Milwaukee 2020 board of directors. They allege that Alonso “consistently bullied and intimidated staff members,” primarily the women. They said his “mismanagement” was enabled by Gilbert, creating a “toxic and unstable working environment” and fostered “a culture that coddles male senior advisers and consultants” They described a fear of retribution and lack of trust among staff.

Wisconsin Democratic Gov. Tony Evers said earlier Tuesday that he was concerned about the allegations, but not what impact they would have on raising money and other work to prepare for the convention.

“If the allegations are strong, we need to take them seriously,” Evers told reporters. “I don’t believe it’s going to have an impact, the convention is going to happen and we’re going to get it off the ground in a good way. But I’m really happy we’re doing an investigation.”

Democratic U.S. Sen. Tammy Baldwin, who worked behind the scenes to land the convention in Wisconsin, called the allegations “serious.”

“Everyone working to make this convention a success deserves a leadership team of unquestioned integrity,” she said in a statement before the firings.

Alonso was fired less than a week after he was involved with a controversy in his home state of New Jersey, where both he and Gilbert are top-ranking Democratic operatives.

Julie Roginsky, a former consultant to New Jersey Gov. Phil Murphy, said his 2017 campaign was a “hotbed of toxicity” and she experienced “rank misogyny.” She did not specifically name Alonso, who worked on the campaign, but said the campaign manager had used a vulgarity toward her. He denied it but said he had cursed at her and apologized.

The governor’s office disagreed with Roginsky and said her comments stemmed from strategic differences.

Roginsky also alleged that Alonso tried to use his ties to the governor to generate business from lobbyists for his personal consulting firm.

Alonso denied the claims in an email to the Milwaukee Journal Sentinel.

The New Jersey Democratic State Committee said in a statement that it was no longer affiliated with Alonso and his consulting firm the Cratos Group but did not explain why.