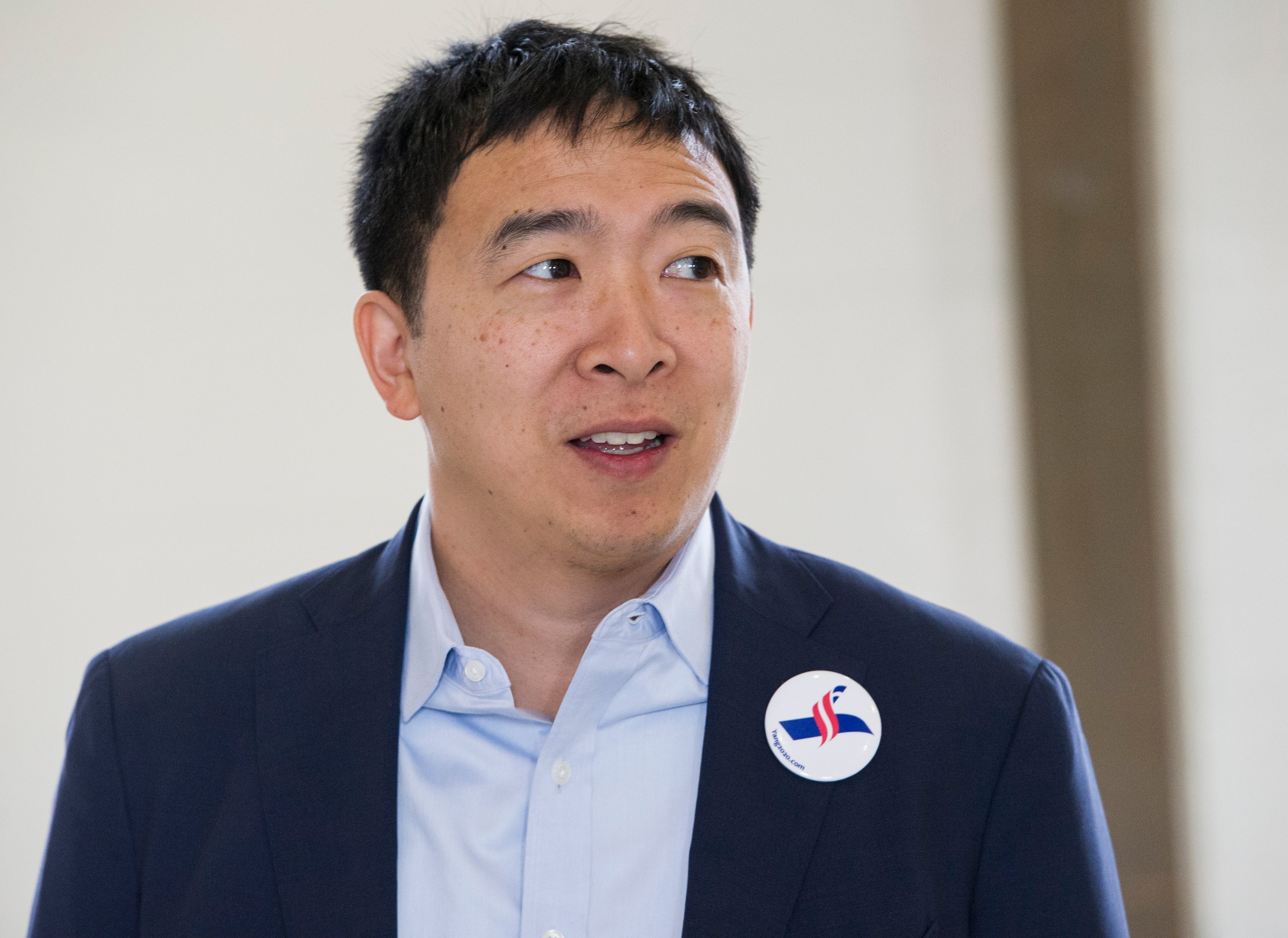 (CNN) — Former Democratic presidential candidate Andrew Yang endorsed Joe Biden live on CNN on Tuesday night, calling him “the right man for the job to help us not just defeat Donald Trump, but govern the country in the years ahead.”

The endorsement — which came after Biden captured the Mississippi, Missouri and Michigan Democratic primaries Tuesday — marks just the latest high-profile pickup for the former vice president after he won the South Carolina primary on February 29 and made a strong showing on Super Tuesday last week. Yang’s backing could be a particular boon for Biden, given the devoted coalition of supporters he built known as the Yang Gang.

Urging the Democrats to shift their focus now to defeating the President, Yang credited Sen. Bernie Sanders of Vermont as “an inspiration” but said “the math says Joe is our prohibitive nominee.”

“We need to bring the party together. We need to start working on defeating Donald Trump in the fall,” he said.

The comments echo Yang’s previous calls for unity within the Democratic primary. He told CNN last month that “someone needs to pull an Andrew Yang,” referencing when he ended his own presidential campaign. At the time, he told supporters he had done the math and did not see a path to secure the nomination.

The businessman, now a CNN contributor, distinguished his campaign with a happy-go-lucky style — videos of him singing in a church choir, dancing to the “Cupid Shuffle” and crowd-surfing at events regularly went viral, helping to burnish his image as a candidate just happy to be with his fans.

His campaign slogan was “Make America Think Harder,” with the acronym MATH. On the campaign trail, Yang often told crowds that the biggest change possible in the White House after Trump would be an “Asian guy who likes math.”

Yang also previously told CNN he would be “honored” to be selected as the nominee’s running mate.

“I’m already on the record, too, saying if I can solve these problems as someone’s vice president, a member of an administration — we just need to start solving these problems for the next generation,” he said. “And I’m happy to do my part.”