Biden aims for most ambitious US effort on climate change 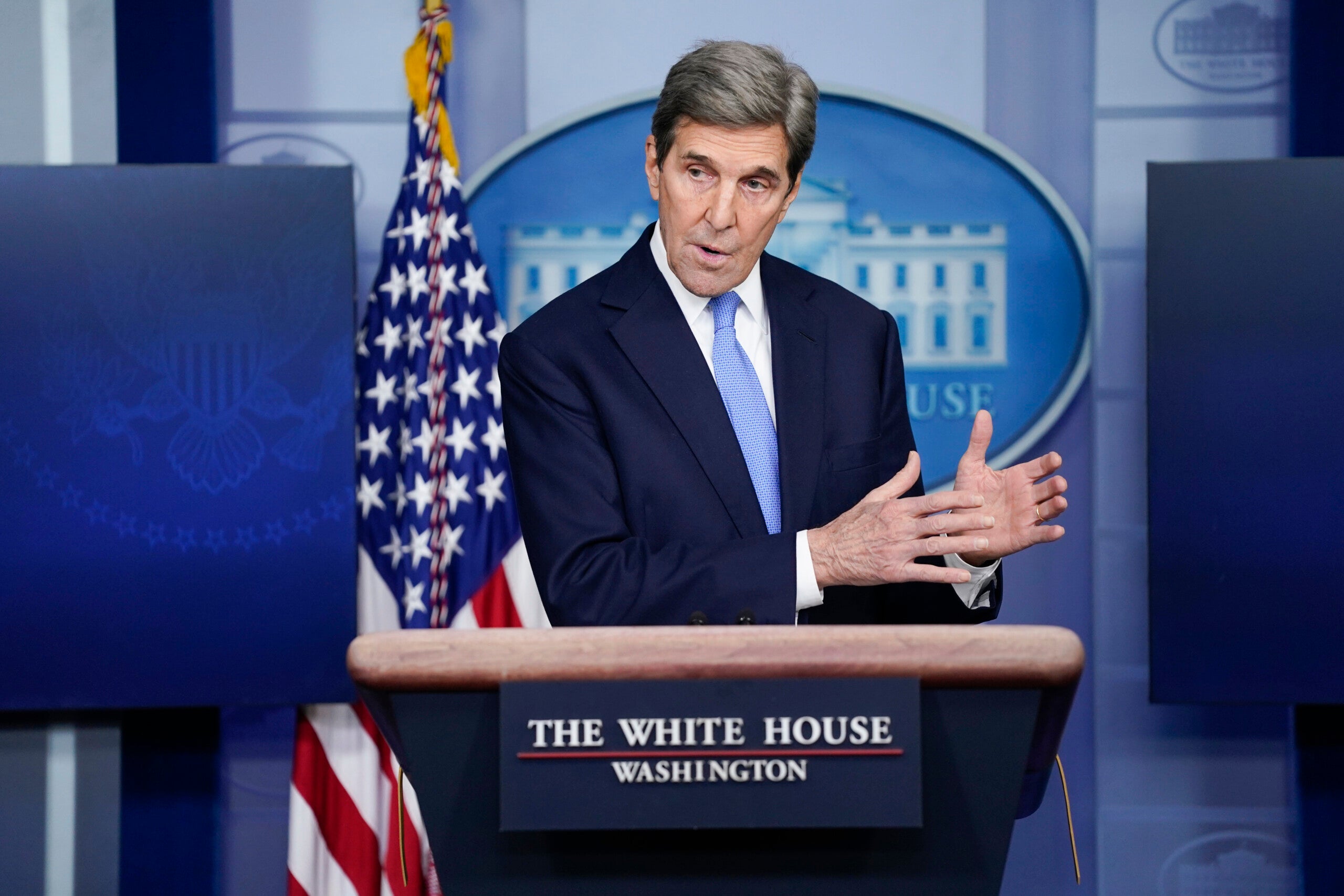 WASHINGTON (AP) — In the most ambitious U.S. effort to stave off the worst effects of climate change, President Joe Biden is aiming to cut oil, gas and coal emissions and double energy production from offshore wind turbines through executive orders Wednesday.

The orders awaiting his signature target federal subsidies for oil and other fossil fuels and halt new oil and gas leases on federal lands and waters. They also intend to conserve 30 percent of the country’s lands and ocean waters in the next 10 years and move to an all-electric federal vehicle fleet.

Biden has set a goal of eliminating pollution from fossil fuel in the power sector by 2035 and from the U.S. economy overall by 2050, speeding what is already a market-driven growth of solar and wind energy and lessening the country’s dependence on oil and gas. The ambitious plan is aimed at slowing human-caused global warming that is magnifying extreme weather events such as deadly wildfires in the West and drenching rains and hurricanes in the East. But the rapid pace of change needed to stave off global warming also carries political risk for the president and Democrats overall.

“The stakes on climate change just simply couldn’t be any higher than they are right now. It is existential,” said former Secretary of State John Kerry, who is Biden’s envoy on climate change.

“Paris alone is not enough,” Kerry said at a White House briefing, referring to the global agreement on climate change that calls for voluntary emissions cutbacks by the United States and nearly 190 other countries.

In a change from previous administrations of both parties, Biden also is directing agencies to focus help and investment on the low-income and minority communities that live closest to polluting refineries and other hazards, and the oil- and coal-patch towns that face job losses as the U.S. moves to sharply increase its reliance on wind, solar and other other energy sources that do not emit climate-warming greenhouse gases.

The orders are aimed at “revitalizing the U.S. energy sector, conserving our natural resources and leveraging them to help drive our nation toward a clean energy future,” the White House said in a statement before Biden signed the orders.

Still, Kerry and other other officials emphasized that the orders are also aimed at “creating well-paying jobs … and delivering justice for communities who have been subjected to environmental harm.”

Republicans immediately criticized the plan as a job killer.

“At a time when millions are struggling due to the COVID-19 pandemic, the last thing Americans need is big government destroying jobs, while costing the economy billions of dollars,” she said.

Biden also is elevating climate change to a national security priority. The conservation plan would set aside millions of acres for recreation, wildlife and climate efforts by 2030 as part of Biden’s campaign pledge for a $2 trillion program to slow global warming.

President Donald Trump, who ridiculed the science of climate change, withdrew the U.S. from the Paris global climate accord, opened more public lands to coal, gas and oil production and weakened regulation on fossil fuel emissions. Experts say these emissions are heating the Earth’s climate dangerously and worsening floods, droughts and other natural disasters.

“If this Day 7 momentum is representative of this administration’s 4-year term, there is every reason to believe that we might achieve carbon neutrality sooner than 2050,” even as key roadblocks lie ahead, Cobb said.

Biden and his supporters say the investment in cleaner energy national will net millions of jobs. But that probably will take years to happen, and the orders will face intense opposition from oil and gas and power plant industries, as well as from many Republican — and Democratic — lawmakers.

Kathleen Sgamma, president of the Western Energy Alliance, which represents oil and gas drillers in Western states, said the executive order is intended to delay drilling on federal lands to the point where it is no longer viable. Her group pledged a legal challenge.

“The environmental left is leading the agenda at the White House when it comes to energy and environment issues,″ she said. She noted that the freeze would be felt most acutely in states such as Wyoming, North Dakota, Texas and Louisiana — all won by Trump.

A 60-day suspension of new drilling permits for U.S. lands and waters was announced last week.

Significantly, he is directing agencies to eliminate spending that acts as subsidies for fossil fuel industries.

“The fossil fuel industry has inflicted tremendous damage on the planet. The administration’s review, if done correctly, will show that filthy fracking and drilling must end for good, everywhere,” said Kierán Suckling, executive director at the Center for Biological Diversity, an environmental group that has pushed for the drilling pause.

Oil industry groups slammed the move, saying Biden had already eliminated thousands of oil and gas jobs by killing the Keystone XL oil pipeline on his first day in office.

“Do not be fooled, this is a ban” on drilling, said Dan Naatz of the Independent Petroleum Association of America. ”The Biden administration’s plan to obliterate the jobs of American oil and gas explorers and producers has been on clear display.”

A 60-day suspension order at the Interior Department did not limit existing oil and gas operations under valid leases, meaning activity would not come to a sudden halt on the millions of acres of lands in the West and offshore in the Gulf of Mexico where much drilling is concentrated. The freeze also is unlikely to affect existing leases. Its effect could be further blunted by companies that stockpiled enough drilling permits in Trump’s final months to allow them to keep pumping oil and gas for years.

The pause in onshore drilling is limited to federal lands and does not affect drilling on private lands, which is largely regulated by states.

It would exempt tribal lands, mainly in the West, that are used for energy production. The Interior Department will continue to consult with tribes on both renewable and conventional energy resources, “in conformance with the U.S. government’s trust responsibilities,” the White House said.

Biden also will direct all U.S. agencies to use science and evidence-based decision-making in federal rule-making and announce a U.S.-hosted climate leaders summit on Earth Day, April 22.