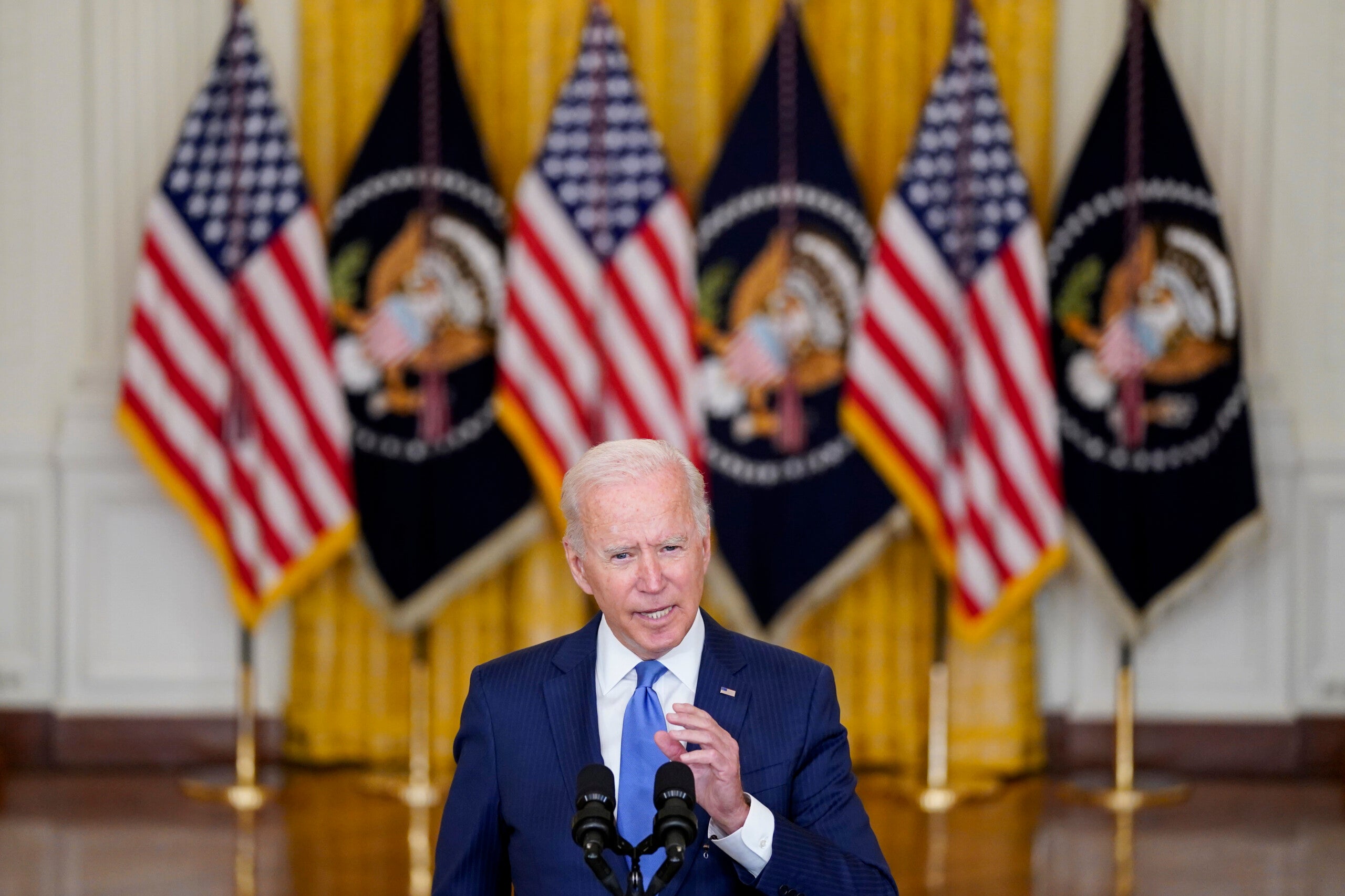 WASHINGTON (AP) — President Joe Biden entered the White House promising to stop the twin health and economic crises caused by COVID-19, but $1.9 trillion and countless initiatives later he’s confronting the limits of what Washington can achieve when some state and local governments are unwilling or unable to step up.

Six months after Congress passed the massive rescue plan, administration records show that more than $550 billion has yet to be disbursed. The sum could help provide a key economic backstop as the coronavirus’ delta variant continues to pose a threat. But in some cases, it’s also led to frustration as aid for renters, testing and vaccines goes unused despite mass outreach campaigns.

Republican critics say the unspent money shows that Biden’s relief package was too big and inflationary; the administration says the unspent funds reflect the extent of planning in case the recovery from the pandemic hits more snags with virus mutations and unexpected economic disruptions. By law, about $105 billion of the state and local aid and more than half of the expanded child tax credits cannot be paid out yet.

“There are some things designed to address immediate hardship and others that are designed to allow for a multi-year policy response — they’re not really bugs, they’re features,” said Gene Sperling, who is overseeing the rescue plan for Biden. “The fact that a solid portion of these funds can be used over a few year period is a good-news story for ensuring a durable recovery.”

But some of the backlog stems from bottlenecks — or outright blockages — at the state or local level, beyond the influence of Washington. The extent of the challenge was apparent when Biden recently announced new vaccine requirements for federal workers and employers with 100 or more workers and emphasized the need for testing and keeping schools open.

“We’re facing a lot of pushback, especially from some of the Republican governors,” Biden said Thursday. “The governors of Florida and Texas — they’re doing everything they can to undermine the lifesaving requirements that I’ve proposed.”

The Department of Health and Human Services and the Centers for Disease Control and Prevention have stood up “Operation Expanded Testing” to work with schools, homeless shelters and care facilities to provide screening testing at no cost to most organizations, and CDC has offered its technical expertise — but that doesn’t mean states will take them up on it.

Iowa and Idaho, for instance, have rejected tens of millions of dollars in federal assistance to boost virus testing in schools. In Texas and a handful of other GOP-controlled states, officials have moved to block schools from conducting contact tracing — for which they have been provided federal dollars — or requiring mask-wearing.

There have been some bright spots, the administration said, including Georgia and Massachusetts, where states have employed federal resources to help keep students safe.

White House officials harbor frustrations over the slow pace of distributing money for some of the programs, but contend what remains is largely out of their control.

Large pockets of money flowed through existing pathways — for instance, expanded tax credits, which required relatively minor adjustments by the IRS. But the federal government was also tasked with standing up entirely new initiatives from scratch, with few carrots or sticks to encourage local officials to join in.

Privately, some officials believe the country as a whole had the tools to avoid the brunt of the latest delta wave and its impact on the economy through vaccinations, robust testing and economic relief money — but didn’t move quickly enough to use them.

The Biden administration can point to clear successes with its relief package. Economic growth has jumped sharply this year, with monthly job gains averaging 636,000 and demand outpacing the supply of autos, furniture, appliances and other goods. The president and his aides point to forecasts suggesting that U.S. economic growth could be the strongest in four decades.

Yet the delta variant has slowed economic activity as hiring slipped in August to just 235,000 added jobs. The slowdown overlapped with the lapse of expanded unemployment benefits, causing 8.9 million people to lose weekly benefit payments and another 2.1 million to lose a $300-a-week supplemental unemployment payment.

The delta variant has spread as funds to combat COVID-19 go untapped.

Of the $51 billion for testing, monitoring and research and development in Biden’s plan, the administration said $13.9 billion has yet to be distributed and will be used to combat the delta variant. Just 10% of the money for homeowner assistance has gone out to states, and aid to renters has been so unevenly distributed that the Treasury Department announced Tuesday the remaining $13 billion will go to “high-performing” states and cities.

“Absolutely it was too large,” said Marc Goldwein, senior vice president of the private Committee for a Responsible Federal Budget. “But it was also poorly designed in terms of timing and composition — there were some places we should have spent more or longer.”

Goldwein said unemployment benefits should have been tapered down gradually. Direct checks could have been split into multiple rounds, instead of a single $1,400 payment for each eligible person. State and local funds could have been disbursed in conditional tranches.

Administration officials said the government generally succeeded when providing direct payments to individuals, child tax credits and forgivable loans to businesses. The roughly $400 billion in direct payments all went out quickly, as did the $28.6 billion in aid for restaurants that lost revenues during the pandemic. They noted that the administration is set to meet or exceed forecasts for spending by the Congressional Budget Office for this fiscal year.

Routing funds through state and local governments was more of a challenge. Administration officials said the Trump administration left them without a decent infrastructure for these programs despite approving roughly $4 trillion in aid before Biden became president.

The Biden administration changed guidance to release rental aid at a faster pace to limit evictions, yet it found an outreach campaign that involved coordinating 437 distinct jurisdictions led to uneven results. Not enough cities could replicate the programs seen in Houston, Philadelphia and Louisville, Kentucky.

But in many cases, the federal government was willing to let states, counties and cities take a more patient approach with $350 billion in direct aid, of which $105 billion has yet to be distributed.

Even the money that has been disbursed has not necessarily been spent. State and local governments have until 2024 to spend it.

“It’s still too early to judge whether the program has been successful,” said Alan Berube, a senior fellow at the Brookings Institution. “The administration and Congress want cities to be thoughtful about using the funds not only for immediate recovery, but also for ensuring an inclusive and sustainable rebound.”