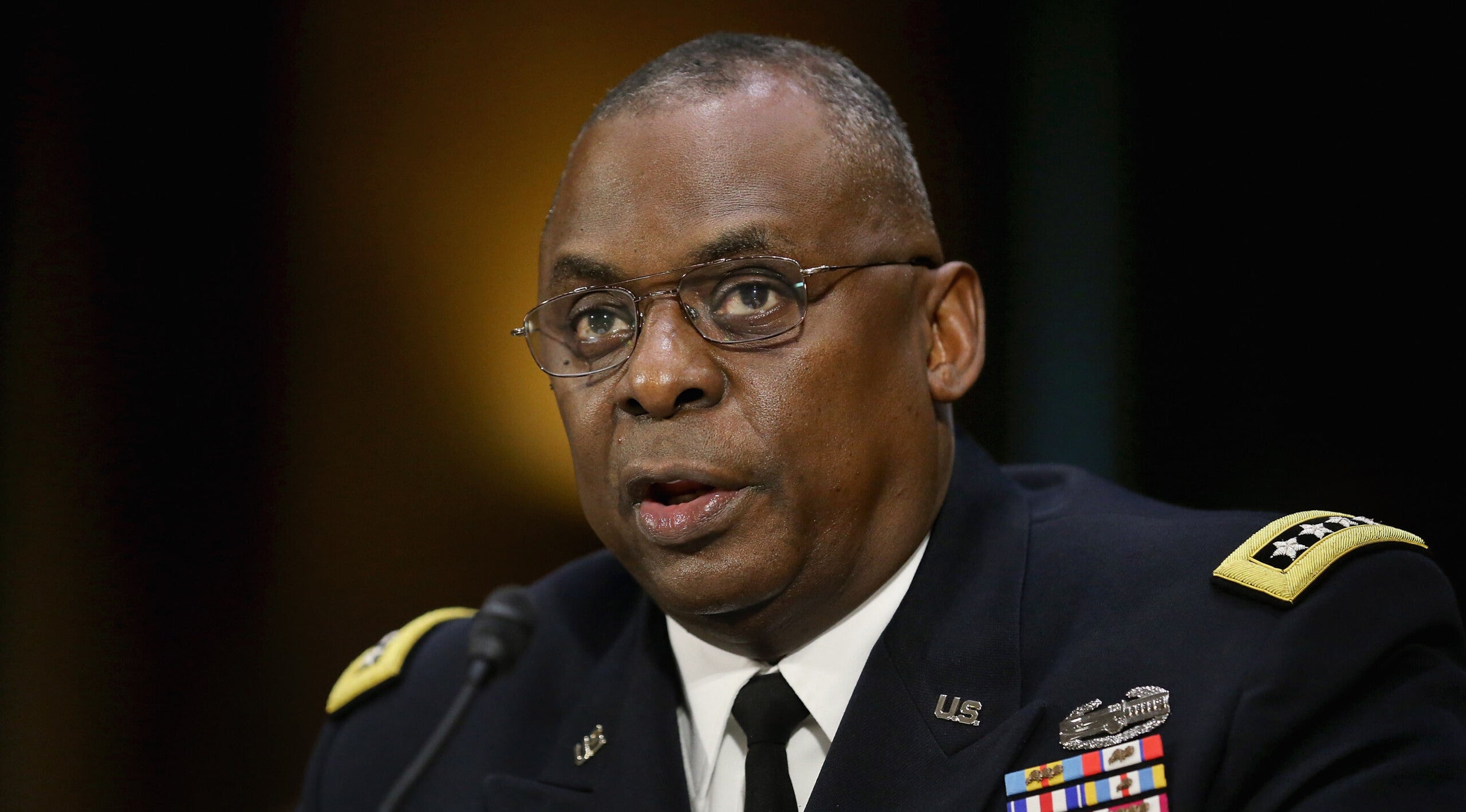 (CNN) — President-elect Joe Biden has selected retired Army Gen. Lloyd Austin, the former commander of US Central Command, to be his secretary of defense, two sources familiar with the decision told CNN on Monday.

If confirmed by the Senate, Austin would be the first Black man to lead the Department of Defense.

Biden reached out to Austin over the weekend to offer the job, according to the source, and he accepted. Austin emerged as the leading candidate last week, the source said. Politico was first to report on Biden’s selection of Austin.

The selection would make Austin one of the most prominent members of Biden’s Cabinet and incoming administration. The secretary of defense is in control of the nation’s largest government agency, commanding troops around the world and the complicated internal workings of the Pentagon that make it one of the world’s most formidable bureaucracies.

It also means Austin’s political chops would be put to the test, juggling calls to cut defense spending, as some in Congress want, while still funding innovative future technology and prioritizing the challenges posed by Russia and China — all while maintaining military deterrence against Iran, North Korea, and ISIS.

Biden picked Austin despite the fact that he was not the first choice among influential members of his own party on Capitol Hill.

A few hours before the pick was reported House Armed Services Committee chairman Rep. Adam Smith, a Democrat from Washington, said that he believed another candidate, Michele Flournoy, is “hands down” the most qualified person for the job.

“I certainly communicated to the Biden people that I think Michele Flournoy is hands down the best qualified person for the job,” Smith told reporters, responding to a question from CNN. “That does not mean that she’s the only person that could do the job.”

“Michele is … uniquely qualified,” he added, citing her experience as undersecretary for policy and the work she has done since. “It takes a certain amount of understanding of bureaucracy and the Pentagon in order to make changes stick. Michelle has that. It’s not to say there aren’t other people (who) could fill the position. But I think we have a clear case where she is the most qualified at this point.”

Has worked closely with Biden

Austin has a long history of working within the Pentagon, and has worked with Biden closely in the past.

When he was vice president, Biden worked with Austin in a variety of positions, most prominently when he was commander of CENTCOM from 2013 to 2016, during which they had discussions on a range of issues including the Middle East and Central and South Asia. Before that, but still during Biden’s time as vice president, Austin was vice chief of staff of the Army and commanding general of US forces in Iraq.

“They’ve known each other for a long time,” the source said. “There’s a comfort level.” The source said that “the historic nature of the pick is something Biden is excited about. Especially given the history of the US military being barrier breakers in a lot of areas.”

The Biden transition team declined to comment to CNN.

Austin would need a congressional waiver to be confirmed for the civilian post because he retired from active-duty service only four years ago. Federal law requires seven years of retirement from active duty before taking on the role.

Though the use of the waiver is rare, retired Marine Gen. James Mattis received a waiver from Congress in 2017 to serve as President Donald Trump’s defense secretary. Some Democrats in Congress at the time expressed concerns about setting aside the precedent of maintaining civilian leadership in the military, but the waiver was ultimate approved by both chambers, allowing Mattis to serve in the position until his departure in December 2018.

“There has been engagement with people on the Hill about a waiver,” the source told CNN, saying the Biden-Harris transition team is “hopeful leaders of the committees and members responsible for bringing that forward will support that,” particularly given the historic nature of the nomination.

Austin, the source says, “knows the Pentagon inside and out” and would be “an excellent person to run logistics on Covid-19 vaccine distribution.”

He also “knows the cost of war firsthand,” the source added, “having informed families who have lost loved ones.”

CNN had reported that Austin was among three final contenders for the role. Flournoy, a veteran Pentagon official who served as under secretary of defense for policy in President Barack Obama’s administration, and Jeh Johnson, a former secretary of Homeland security, were also under consideration.

Flournoy was considered the early front-runner for the job but her candidacy was cast into doubt after progressive groups mobilized in recent days to oppose her nomination.

Specifically, critics have raised concerns about Flournoy’s potential conflicts of interest, questioning how her support for former President Barack Obama’s troop surge in Afghanistan and the continued sale of arms to Saudi Arabia aligns with the business interests of Booz Allen Hamilton, a Pentagon contractor where she served on the board of directors.

Still, top Democrats on Capitol Hill had voiced their support for Flournoy and Smith told reporters Monday that he had communicated that view to the Biden team directly. Sen. Jack Reed, the top Democrat on the Senate Armed Services Committee also believed Flournoy was a great option, a committee aide recently told CNN, raising questions about the kind of reception Austin will receive from the panel once his confirmation process begins.

And while serving on the board of a defense contractor is considered a conflict and typically requires a cooling off period before anyone can be nominated as defense secretary, others in the position have had similar backgrounds.

In fact, Austin also has ties to a defense contractor, serving on the board of Raytheon Technologies. Trump’s former defense secretary, Mark Esper, also worked for Raytheon as a lobbyist prior to being confirmed but was grilled over the connection during his nomination hearing by Democratic Sen. Elizabeth Warren of Massachusetts.

The expected announcement would come two weeks after Biden rolled out key members of his foreign policy and national security teams, including the first woman to lead the US intelligence community and first Latino to helm the Department of Homeland Security.

Biden named Avril Haines, a former top CIA official and deputy national security adviser, to lead the US intelligence community; Alejandro Mayorkas, a former deputy secretary at the Department of Homeland Security, as Homeland Security secretary; Antony Blinken, his top foreign policy aide, as secretary of state; and Linda Thomas-Greenfield, a career foreign service official, to be the US ambassador to the United Nations.

He also tapped Jake Sullivan, a former Obama administration official, to serve as his national security adviser, and former Secretary of State John Kerry to serve as climate czar.