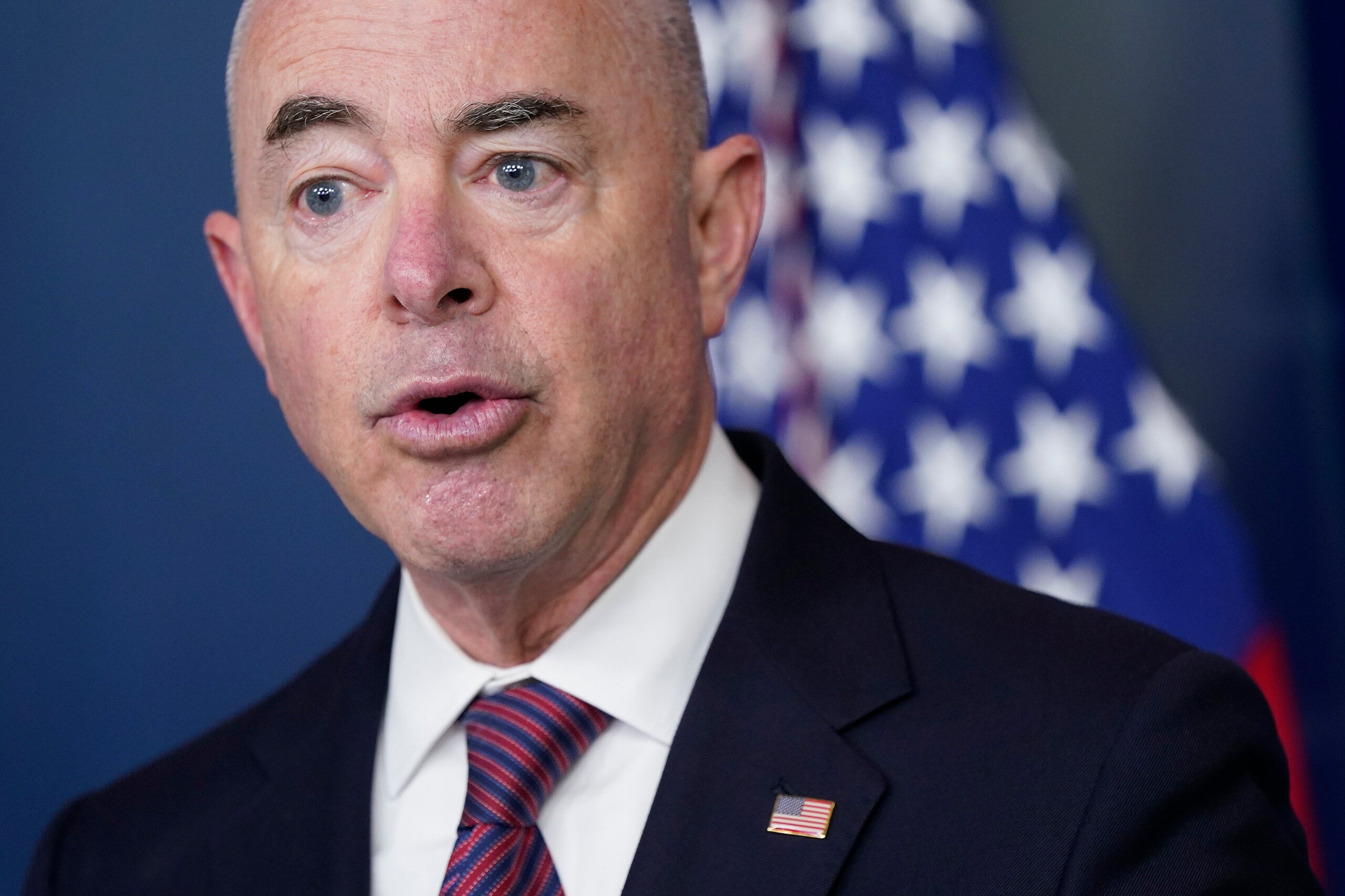 FILE - In this Sept. 24, 2021 file photo, Secretary of Homeland Security Alejandro Mayorkas speaks during a press briefing at the White House in Washington. The Biden administration on Monday renewed efforts to shield hundreds of thousands of immigrants who came to the United States as young children from deportation, the latest maneuver in a long-running drama over the policy's legality. Mayorkas called again on Monday for Congress to act swiftly to provide “the legal status they need and deserve.” He said legislation should be enacted through spending negotiations, a tactic that suffered a potentially critical blow this month when the Senate parliamentarian prohibited it. (AP Photo/Patrick Semansky)
by: ELLIOT SPAGAT Associated Press
Posted: Sep 27, 2021 / 02:02 PM EST / Updated: Sep 27, 2021 / 02:03 PM EST

(AP) — The Biden administration on Monday renewed efforts to shield hundreds of thousands of immigrants who came to the United States as young children from deportation, proposing to do so via regulation, the latest maneuver in a long-running drama over the policy’s legality.

The proposed rule attempts to satisfy concerns of a federal judge in Houston who ruled in July that the Deferred Action for Childhood Arrivals program was illegal. It takes on heightened importance as prospects for legislation have dimmed.

U.S. District Judge Andrew Hanen, an appointee of President George W. Bush, said the Obama administration overstepped its authority and did not properly seek feedback when it introduced DACA in 2012. He allowed for renewals to continue but prohibited new enrollments. The Biden administration is appealing. In the meantime, the new rule would solicit public comment to address the issue raised by Hanen.

The Obama administration created DACA via a memo issued by then-Homeland Security Secretary Janet Napolitano. It was intended as a stopgap measure until Congress legislated a permanent solution, which never occurred.

And because DACA isn’t the product of legislation, it falls into a category of policies that can more easily be changed from one administration to the next. President Donald Trump tried to rescind the DACA memo and end the program, but the Supreme Court concluded he did not go about it properly.

In attempting to shore up DACA through a formal rule — which is a more rigorous process than the original memo, though still not legislation — the Biden administration hopes to gain a legal stamp of approval from the courts.

It seems possible, if not likely, that the Supreme Court will once again be called upon to weigh in, unless Congress acts first.

Biden Homeland Security Secretary Alejandro Mayorkas called again on Monday for Congress to act swiftly to provide “the legal status they need and deserve.” He said legislation should be enacted through spending negotiations, a tactic that suffered a potentially critical blow this month when the Senate parliamentarian prohibited it.

“The Biden-Harris Administration continues to take action to protect Dreamers and recognize their contributions to this country,” said Mayorkas, using a commonly used term for immigrants who came to the U.S. with their parents as young children. “This notice of proposed rulemaking is an important step to achieve that goal.”

The Democratic-run House passed legislation earlier this year creating a way for Dreamers to become legal permanent residents, but the bill has gone nowhere in the Senate, where Republicans have blocked it and bipartisan talks have stalled.

A Senate parliamentarian’s ruling earlier this month rejected Democrats’ efforts at another legislative path; they had wanted to include the measure in a broader package of social, environmental and climate changes that overcome any Senate filibuster.

Stephen Yale-Loehr, a professor of immigration law practice at Cornell Law School, said the administration’s proposal carries no major changes and “is an effort to bulletproof the existing program from litigation challenges.”

The 205-page proposal will be published Tuesday in the Federal Register, triggering a 60-day period for public feedback that ensures it is unlikely to take effect for several months. It adheres to the same criteria, which include arriving in the country before age 16, continuously residing in the United States since arrival and being in the country on June 15, 2012. 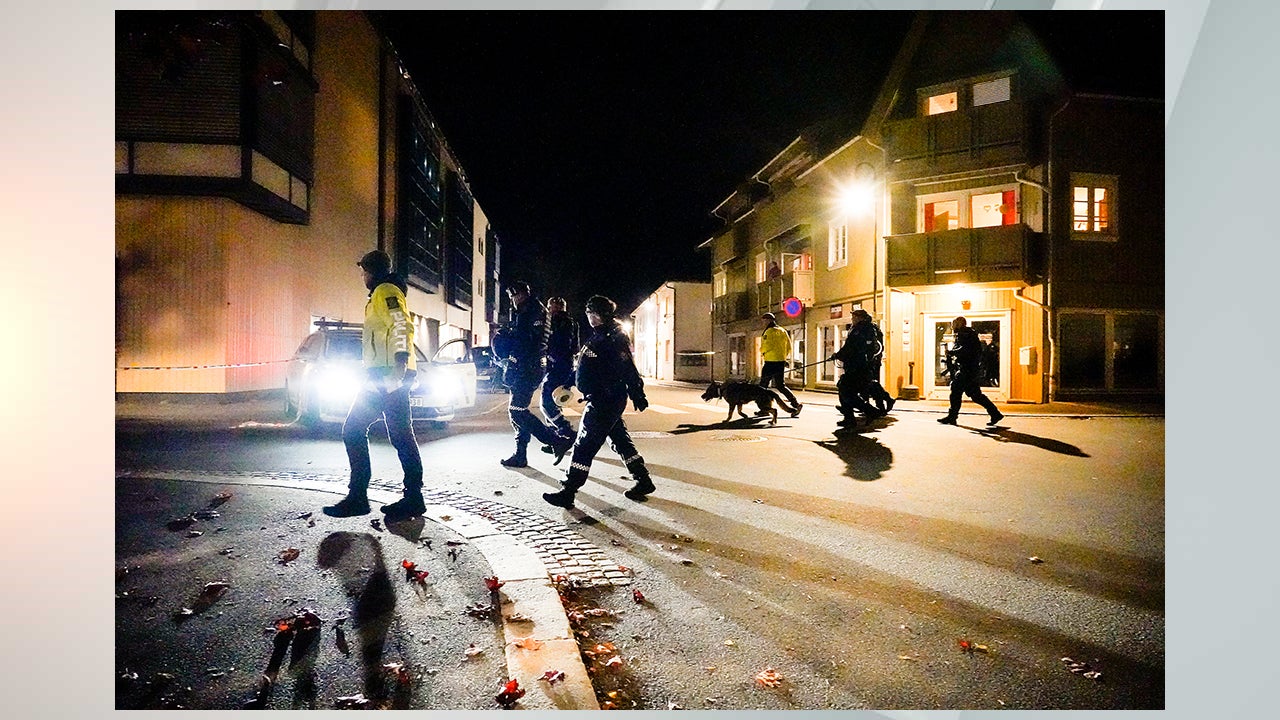