Colin Powell: President Trump has ‘drifted away’ from Constitution 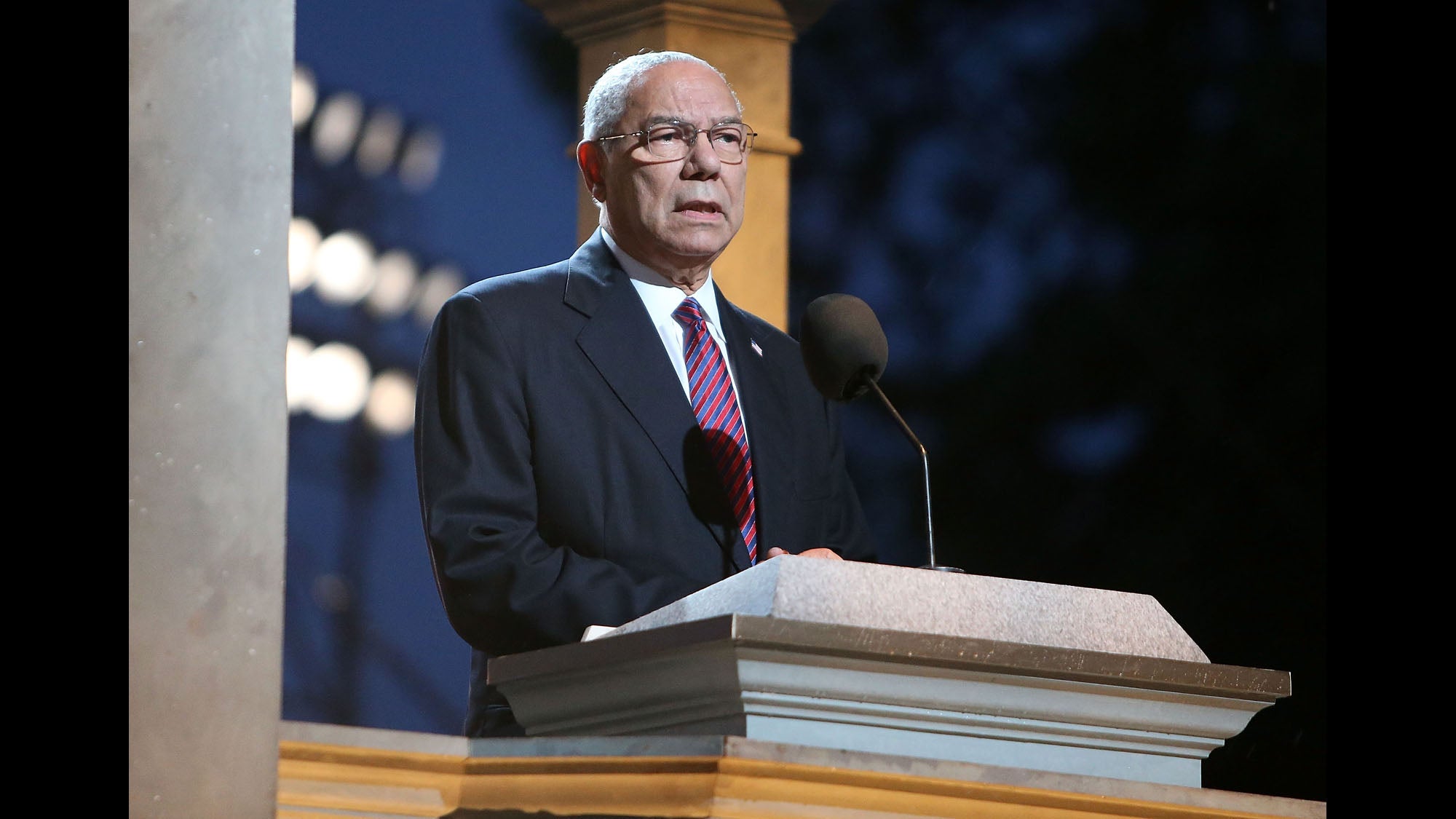 (CNN) — Former Republican Secretary of State Colin Powell said Sunday that President Donald Trump has “drifted away” from the Constitution, adding to a growing list of former top military officials who have strongly criticized the president’s response to the nationwide protests surrounding the police killing of George Floyd.

“We have a Constitution. And we have to follow that Constitution. And the president has drifted away from it,” Powell, a retired general who served under President George W. Bush, told CNN’s Jake Tapper on “State of the Union.”

The comments from Powell, the first African American secretary of state and chairman of the Joint Chiefs of Staff, add to a growing list of rebukes made in recent days by former top officials who have expressed discontent with Trump’s strongman approach to the protests sparked by the death of Floyd, a black man who was killed in late May by a white police officer in Minneapolis.

Powell said he’s “proud” of what a number of former generals, admirals and diplomats have said about Trump’s response last week to the widespread protests, adding that he hadn’t released a public statement denouncing Trump’s response because he felt he had demonstrated his displeasure with Trump in 2016 when he voted against him.

“I think what we’re seeing now, is (the most) massive protest movement I have ever seen in my life, I think it suggests the country is getting wise to this and we’re not going to put up with it anymore,” the retired general told Tapper.

In contrast, he called out Republican lawmakers for largely staying silent on Trump’s response last week to the national unrest.

“I watched the senators heading into the chamber the other day after all this broke, with the reporters saying, ‘What do you have to say? What do they you to say?'” he said.

“They had nothing to say. They would not react.”

Powell throws his support behind Biden

The former Republican official also said he is he is planning to vote for Democrat Joe Biden for president in November, again voting against Trump as he had done in 2016.

“I’m very close to Joe Biden on a social matter and on a political matter. I worked with him for 35, 40 years, and he is now the candidate and I will be voting for him,” Powell said.

Asked why it was so important to him that Trump not be reelected, Powell said that he thinks Trump has not been an effective president and that he lies “all the time.”

“What we have to do now is reach out to the whole people, watch these demonstrations, watch these protests, and rather than curse them, embrace them to see what it is we have to do to get out of the situation that we find ourselves in now,” he told Tapper. “We’re America, we’re Americans, we can do this. We have the ability to do it, and we ought to do it. Make America not just great, but strong and great for all Americans, not just a couple.”

Trump attacked Powell on Twitter shortly after his interview Sunday, blasting the former Bush official as “a real stiff” and Biden as “another stiff.” The President also lashed out at the former secretary of state for his role in presenting the U.S.’ case against Iraq to the United Nations in 2003.

The former secretary of state told Tapper he thinks the United States’ moral standing on the world stage has been “demonized” under Trump’s leadership.

“They’re looking at these demonstrations. They see that these are demonstrations that are justified. And not to be criticized. They see that George, as the president called him, was murdered and the president comes out and says, ‘Well, George is looking down from heaven and blessing what I’m doing.’ How can you expect anybody to believe things like that?” Powell asked.

The former secretary of state and son of immigrants became emotional as he told Tapper that America’s allies, as well as some of its adversaries, are looking at how the nation is caring for its citizens and not understanding what they are witnessing.

“Are we insulting everybody? Are we going after immigrants? They don’t understand this,” Powell said.

“I’m the son of immigrants. I wouldn’t be here if my parents couldn’t come here in banana boats in the 1920s. This is America. This is who we are. And the world doesn’t understand.”

The international community has in recent days condemned the killing of Floyd, expressing shock and horror at his death.

Though few leaders have criticized Trump by name in the wake of the unrest, Spanish Prime Minister Pedro Sanchez said last week that “we are all very concerned about the authoritarian debate and those authoritarian ways that we are seeing as a response to some demonstrations.”

And at home in the US, Trump’s former Defense Secretary, James Mattis, said in a blistering statement last week that Trump “does not even pretend to try” to unite the country and is instead engaged in a “deliberate effort” to divide the country, while lacking “mature leadership.” And former White House chief of staff John Kelly said Friday that he agreed with Mattis’ assessment and that he thinks there’s an “awful big concern that the partisanship has gotten out of hand, the tribal thing has gotten out of hand.”

Asked by Tapper if he agreed specifically with Mattis’ comments, Powell doubled down on his criticism of Trump.

“You have to agree with it. I mean, look at what he has done to divide us,” he said. “I agree with all of my former colleagues.”

“I’m proud of what they’re doing. I’m proud that they were willing to take the risk of speaking honesty and speaking truth to those who are not speaking truth,” Powell said.