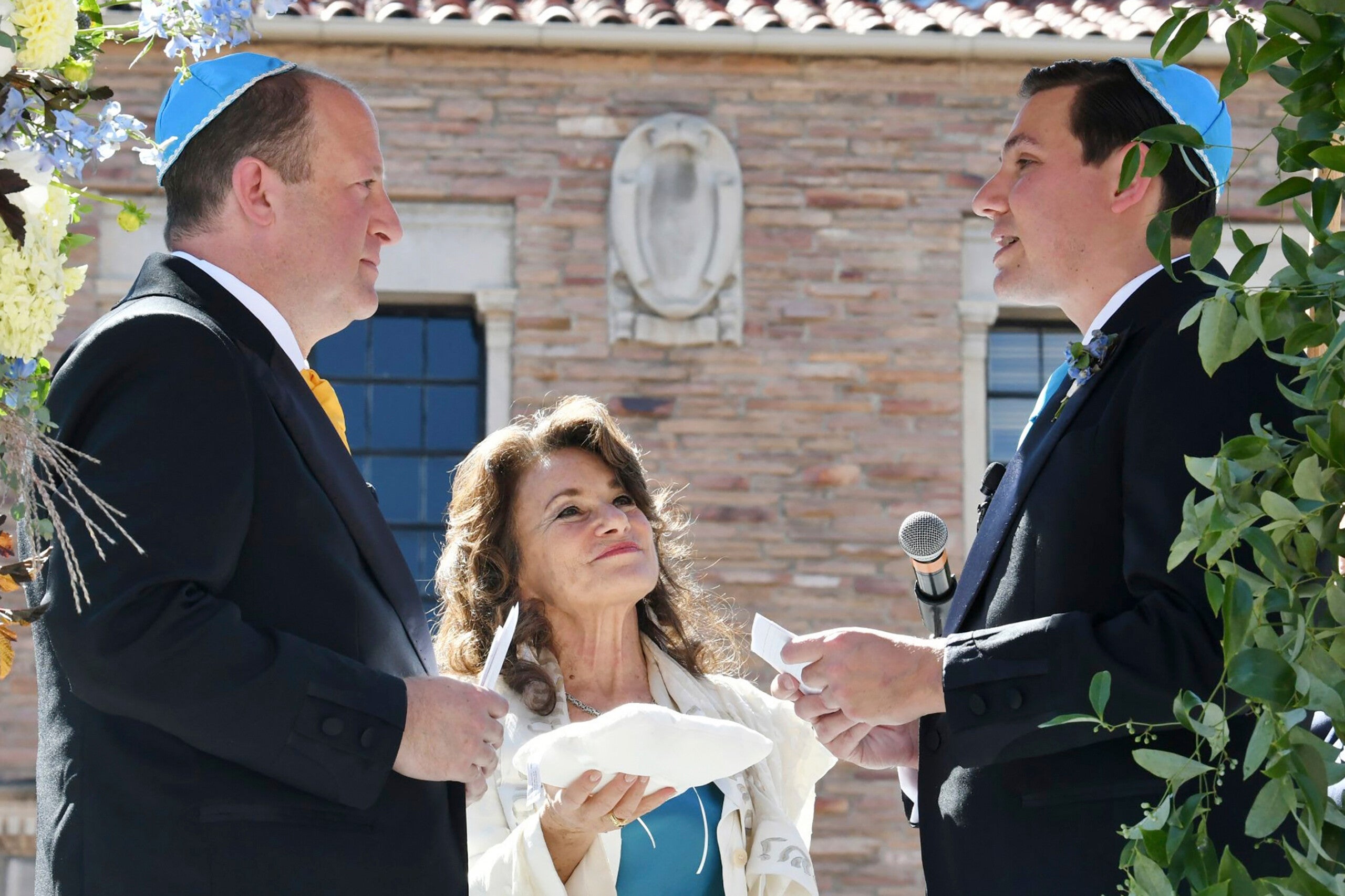 (CNN) — Colorado Gov. Jared Polis and his partner of 18 years, Marlon Reis, were married on Wednesday, according to a statement from the governor’s office.

Polis is the first out LGBTQ governor in the United States to get married while in the governor’s office, according to the LGBTQ Victory Fund, which tracks LGBTQ political candidates and elected officials.

The wedding was a traditional Jewish ceremony that happened outdoors, and every guest was required to test negative for COVID-19, according to the news release.

Polis proposed when Reis was sick in December with COVID-19 and preparing to go to the hospital, according to an interview they did with the Colorado Sun in March.

Reis was released from the hospital after two days and recovered from COVID-19. Polis also contracted the virus but only had minor symptoms, according to the Sun.

“The greatest lesson we have learned over the past eighteen months is that life as we know it can change in an instant. We are thankful for the health and wellbeing of our family and friends, and the opportunity to celebrate our life together as a married couple,” the newlyweds said in the news release this week. “After eighteen years, we couldn’t be happier to be married at last.”

Polis and Reis have two children, ages 7 and 9.

In 2018, Polis became the first openly gay man elected governor in the United States. He is the second out LGBTQ person elected governor, after Oregon Gov. Kate Brown, according to the LGBTQ Victory Fund.