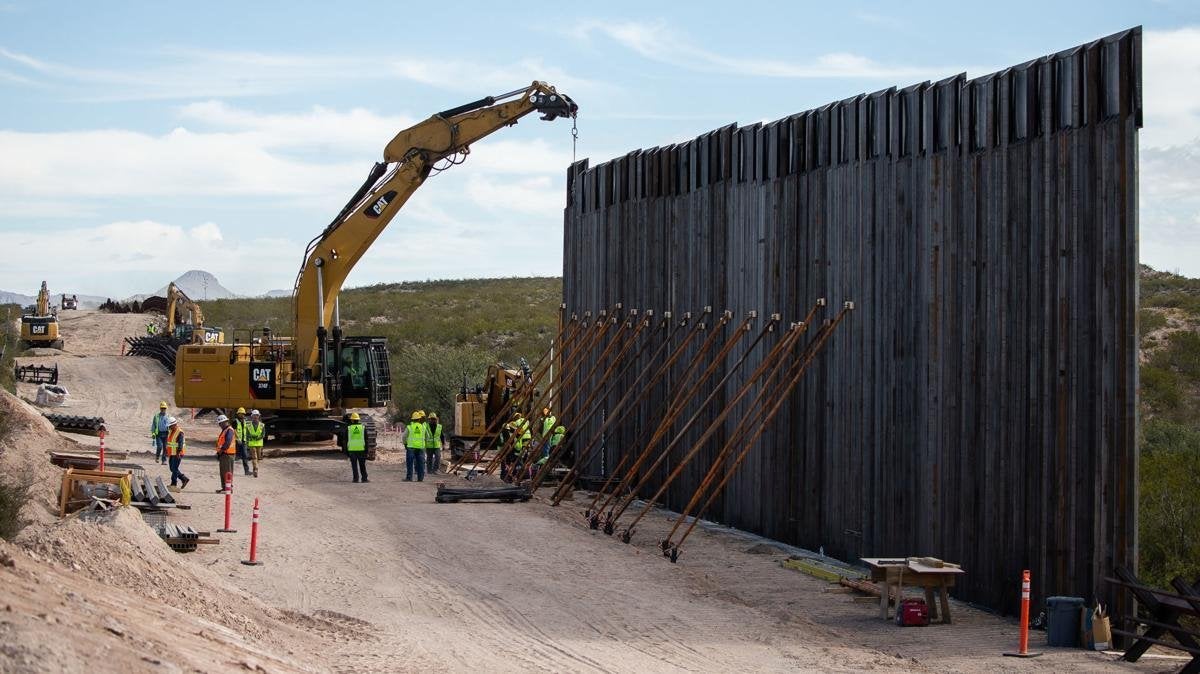 (CNN) — A construction company that has been repeatedly touted by President Donald Trump and his allies has been awarded a major border wall construction contract valued at more than $1.2 billion, a US Army Corps of Engineers spokesperson told CNN on Tuesday.

North Dakota company Fisher Sand and Gravel was awarded the contract for “border barrier infrastructure” on May 6, the spokesperson said.

The Arizona Daily Star first reported the Fisher contract, which has not been announced by the Defense Department or Customs and Border Protection.

News of the deal comes as the company’s December border contract — worth $400 million — continues to be reviewed by the Defense Department inspector general in response to a request from Congress. House Homeland Security Chairman Bennie Thompson, a Mississippi Democrat, said at the time that a series of actions “raise concerns about the possibility of inappropriate influence” on the decision to award the firm a contract.

“I am requesting that you review the award of this contract to ensure that the bid submitted by Fisher Sand and Gravel Co. met the solicitation standards and that USACE made the award in accordance with federal procurement law and regulations,” Thompson wrote at the time, referring to the US Army Corps of Engineers.

While the President has publicly touted Fisher, the company has a history of red flags — including more than $1 million in fines for environmental and tax violations. A decade ago, a former co-owner of the company pleaded guilty to tax fraud and was sentenced to prison.

The company also admitted to defrauding the federal government by impeding the IRS. The former executive, who’s a brother of the current company owner, is no longer associated with Fisher.

And though its corporate headquarters are in North Dakota, Fisher has a sizable footprint in Arizona, where it operates an asphalt company as well as a drilling and blasting company. It’s there that the company has compiled an extensive track record of environmental violations.

Asked by CNN last year to comment on the company’s history of environmental violations and legal issues, the company said in a statement: “The questions you are asking have nothing to do with the excellent product and work that Fisher is proposing with regard to protecting America’s southern border. The issues and situations in your email were resolved years ago. None of those matters are outstanding today.”