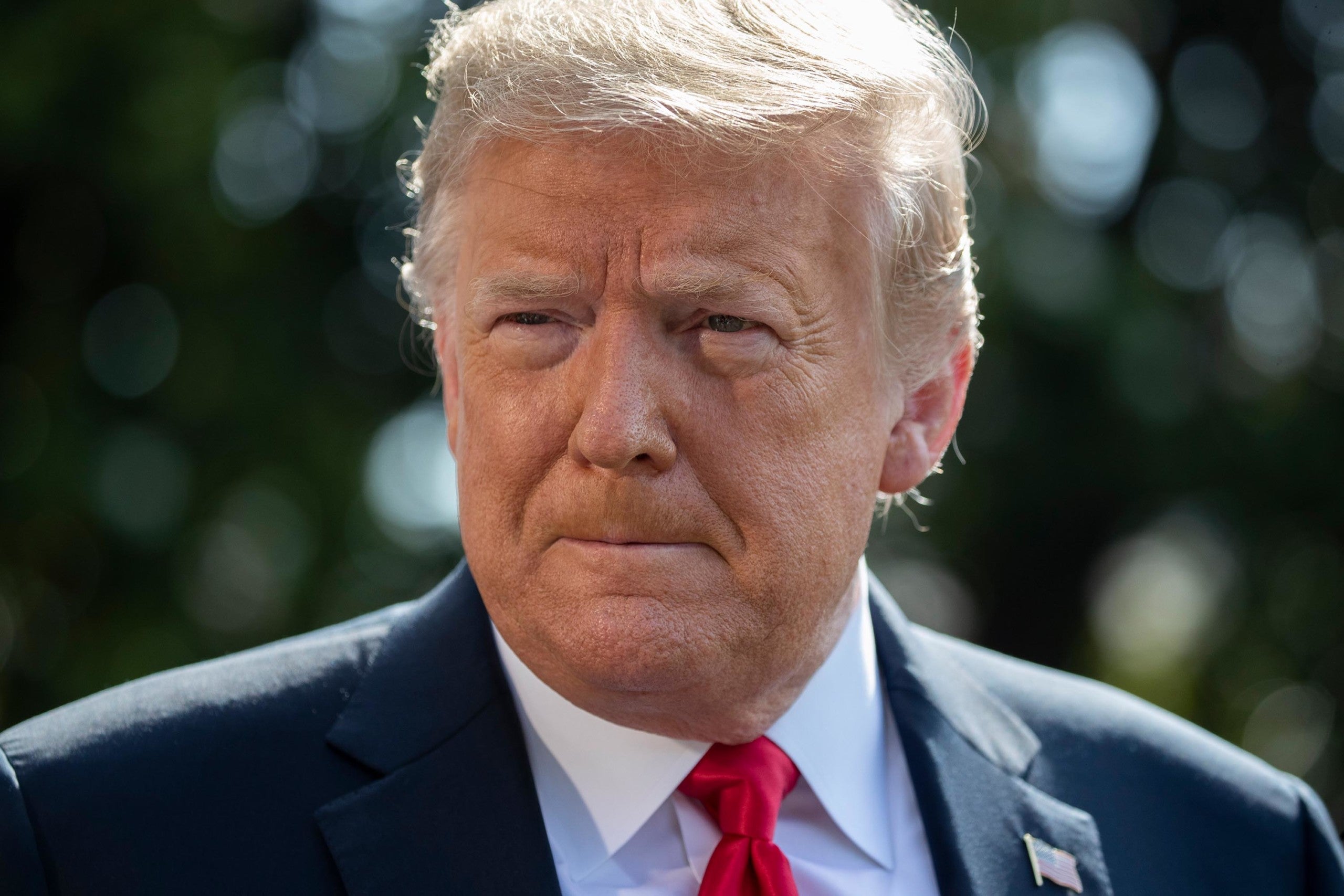 (CNN) — The intelligence that assessed there was an effort by a Russian military intelligence unit to pay the Taliban to kill U.S. soldiers was included in one of President Donald Trump’s daily briefings on intelligence matters sometime in the spring, according to a US official with direct knowledge of the latest information.

That assessment, the source said, was backed up by “several pieces of information” that supported the view that there was an effort by the Russian intelligence unit — the GRU — to pay bounties to kill U.S. soldiers, including interrogation of Taliban detainees and electronic eavesdropping. The source said there was some other information that did not corroborate this view but said, nonetheless, ‘”This was a big deal. When it’s about US troops you go after it 100%, with everything you got.”

Trump is not known to fully or regularly read the president’s Daily Brief, something that is well-known within the White House.

The information was serious enough the National Security Council staff held a meeting during the spring to discuss “possible response options,” including sanctions, if the intelligence developed to the point it was deemed ready to take to the president for any possible action, the official said.

Pressed on Monday whether the information was included in the president’s Daily Brief — the written document that includes the intelligence community’s more important and urgent information — White House press secretary Kayleigh McEnany said only that Trump “was not personally briefed.”

The US intelligence community and military are investigating to see if there is further corroboration, and if the National Security Council staff can recommend response options. The source said the White House is now claiming the leak will ruin the opportunity to get a real answer.

The source tells CNN that intelligence of this nature with risk to US troops should be assumed to be true until you know otherwise.

A bipartisan group of congressional leaders is demanding the Trump administration explain what it knew about reports US intelligence concluded Russia offered bounties to Taliban fighters to kill US troops.

The White House briefed a group of House Republican lawmakers on the matter on Monday, while Speaker Nancy Pelosi on Monday and Senate Minority Leader Chuck Schumer called on Director of National Intelligence John Ratcliffe and CIA Director Gina Haspel to provide all-member briefings to Congress on the intelligence. And several key Senate Republicans said they are seeking more information from the Trump administration, too.

“Congress and the country need answers now,” wrote Pelosi, a Democrat from California. “Congress needs to know what the intelligence community knows about this significant threat to American troops and our allies and what options are available to hold Russia accountable. The Administration’s disturbing silence and inaction endanger the lives of our troops and our coalition partners.”

The swift response underscored the congressional push for information about the US intelligence — and swirling questions over whether President Donald Trump was briefed about it, which Trump has denied. Pelosi — a member of the “Gang of Eight,” the congressional leaders who are briefed on sensitive intelligence matters — said Sunday she was not told about the bounties offered to the Taliban. The House and Senate Intelligence Committees declined to comment.

“It seems clear that the intelligence is real. The question is whether the President was briefed,” Pelosi told CNN’s Jake Tapper on Monday. “If he was not briefed, why would he not be briefed? Were they afraid to approach him on the subject of Russia?”

This weekend, The New York Times, CNN and other news outlets reported Russian intelligence officers offered money to Taliban militants in Afghanistan as rewards if they killed US or UK troops there. While it’s unclear whether Trump was aware, there have been recent discussions at high levels between the US and the UK to share the intelligence, two sources familiar with the discussions told CNN.

White House press secretary Kayleigh McEnany said Monday there was “no consensus within the intelligence community” about whether Russia offered to pay bounties to the Taliban for killing American troops in Afghanistan.

Pressed whether the information was included in the Presidential Daily Briefing — the written document that includes the intelligence community’s more important and urgent information — McEnany said only Trump “was not personally briefed.”

On Sunday, Trump described the reporting as “possibly another fabricated Russia Hoax.”

“Intel just reported to me that they did not find this info credible, and therefore did not report it to me or @VP,” Trump tweeted Sunday evening. “Possibly another fabricated Russia Hoax, maybe by the Fake News @nytimesbooks, wanting to make Republicans look bad!!!”

After the briefing, McCaul and Kinzinger said in a statement that a review is ongoing to assess the accuracy of the media reports. “If the intelligence review process verifies the reports, we strongly encourage the Administration to take swift and serious action to hold the Putin regime accountable,” they said.

Kinzinger told reporters that he believed it was accurate that the intelligence “shouldn’t have risen” to Trump’s level because there was conflicting intelligence. “But the administration went forward with additional force protection maneuvers to protect our troops in case they found out and advised other troops in the region,” Kinzinger said.

Banks accused the New York Times of using “unconfirmed intel in an ONGOING investigation into targeted killing of American soldiers in order to smear the President.”

“Now it’s impossible to finish the investigation,” he said.

Thornberry told reporters Monday morning before the briefing he was concerned if the President was not briefed on intelligence that US troops could have been endangered.

“What the President and the DNI have said is that the President was not briefed, which to me is a very concerning statement,” Thornberry said. “I don’t know the credibility of the information because I have not been briefed, but anything with any hint of credibility that would endanger our service members, much less put a bounty on their lives, to me should have been briefed immediately to the commander-in-chief and a plan to deal with that situation.”

House Dems to be briefed Tuesday

House Majority Leader Steny Hoyer is bringing a group of House Democrats to the White House to be briefed Tuesday morning, according to an aide, who added that was “not a substitute for an all-House briefing.”

House Intelligence Chairman Adam Schiff, a California Democrat, said he expected to attend that White House briefing, and he’s also requested a classified briefing for his committee from the intelligence community.

“It is frequently the case that the President should be briefed on matters where there is no absolute certainly about the intelligence on a given topic,” Schiff said. “It’s not sufficient to say we didn’t tell him because we couldn’t dot every I, cross every T, prove every point. … If it goes to the protection of our troops, that’s something that needs to be briefed to the commander in chief.”

House Armed Services Chairman Adam Smith also requested a briefing for his committee on Monday, along with Thornberry. Smith told reporters Monday that the committee was seeking information from the Pentagon and intelligence community “to get real answers as to what we knew, when we knew it, and how we reacted.”

“We’ve known for a long time that Putin is a thug and a murderer, and if the allegations reported in the New York Times are true, I will work with President Trump on a strong response. My number-one priority is the safety of our troops,” Senate Armed Services Chairman Jim Inhofe, an Oklahoma Republican, tweeted Monday. “Right now, though, we need answers. I have asked the administration to share what it knows, and I expect to know more in the coming days.”

Sen. Lindsey Graham, a South Carolina Republican and close ally of Trump, said he expected the Trump administration “to take such allegations seriously and inform Congress immediately as to the reliability of these news reports.”

“However, the targeting of our troops by foreign adversaries via proxies is a well established threat,” Rubio tweeted. “Senate Intel has & will continue to conduct vigorous oversight of the performance of our agencies on all threats facing our nation.”