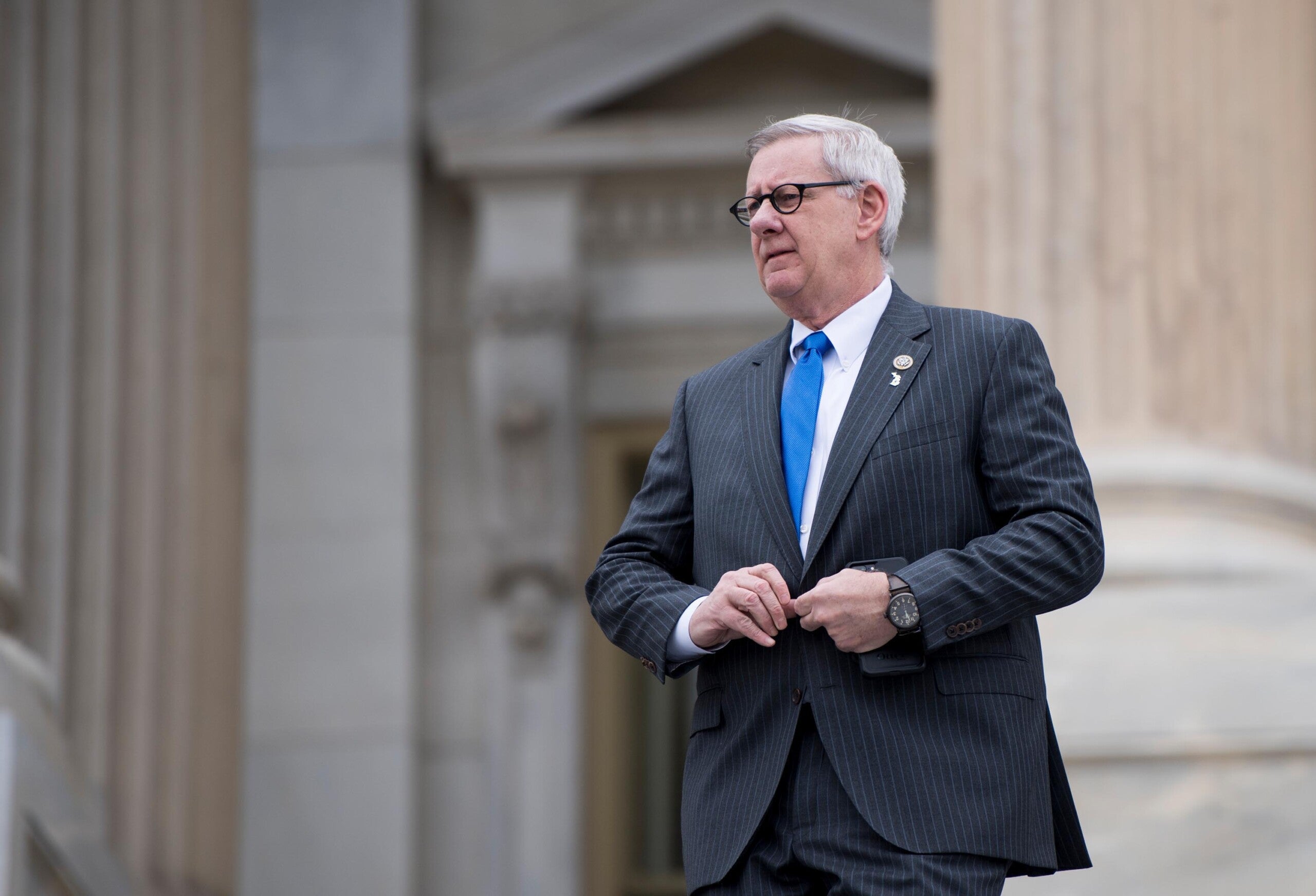 (CNN) — In an exclusive interview, Rep. Paul Mitchell, Republican of Michigan, told CNN that his disgust and disappointment with President Donald Trump’s efforts to overturn the results of the election have led him to request that the Clerk of the House change his party affiliation to “independent,” and to notify GOP leaders in a letter that he is withdrawing his “engagement and association with the Republican Party at both the national and state level.”

“This party has to stand up for democracy first, for our Constitution first, and not political considerations,” Mitchell said on CNN’s “The Lead.”

“Not to protect a candidate. Not simply for raw political power, and that’s what I feel is going on and I’ve had enough.”

Mitchell, who is retiring at the end of this session of Congress, says he fears that the House GOP leadership’s participation in the outgoing President’s conspiracy theories and attempts to disenfranchise millions of American voters to overturn President-elect Joe Biden’s victory could cause “long-term harm to our democracy.”

It is “unacceptable for political candidates to treat our election system as though we are a third-world nation and incite distrust of something so basic as the sanctity of our vote,” Mitchell wrote in his letter, which was sent Monday.

Mitchell noted that Republican leaders had been “collectively sit(ting) back and tolerat(ing) unfounded conspiracy theories and ‘stop the steal’ rallies without speaking out for our electoral process,” and the last straw for him seemed to be “the leadership of the Republican Party and our Republican Conference in the House actively participating in at least some of those efforts.”

He echoed that message later Monday, saying on CNN that, “Anybody that gets in politics has to be willing to accept winning and losing with some level of grace or maturity. I’ve done both. Losing is brutal, it’s personal, it hurts, but if you’re not willing to accept that, you should not be in political leadership.”

“This country needs it desperately and, unfortunately, we haven’t seen it demonstrated as much as we should.”

Last week, 126 House Republicans, including top leadership, signed onto a lawsuit the Texas attorney general tried to bring to the US Supreme Court to block all votes in four states Biden won — Georgia, Pennsylvania, Michigan and Wisconsin — and award the electors to Trump, who also joined the suit. The complaint, which was full of lies and was called “garbage” and “insanity” by conservative legal experts, was summarily rejected by the Supreme Court.

Despite so many of his colleagues throwing in with those undemocratic efforts, Mitchell has been outspoken in criticizing the various evidence-free GOP attacks on the election and standing up for voters and facts.

“Oh my God,” Mitchell tweeted last month, “@realDonaldTrump Please for the sake of our Nation please drop these arguments without evidence or factual basis. #stopthestupid.”

“Continuing this circus is just … so damaging … so unproductive … so narcissistic…what about our country?”

Electors are meeting Monday to formally cast their ballots for president and vice president, but the outcome of the election has been known for weeks: Biden won 306 electoral votes to Trump’s 232. Biden became the first presidential candidate to win more than 80 million votes, and his popular vote margin exceeds 7 million votes.

Mitchell’s exit from the GOP underscores the tension within the party over how to respond if Trump won’t concede after the Electoral College vote. While a growing number of Senate Republicans are ready to publicly acknowledge Biden’s win, a wide swath of Republicans on Capitol Hill are still siding with Trump or ignoring his daily conspiracy theories altogether.

And the President’s staunchest defenders are urging him to fight his loss all the way to the House floor in January.

It is not unusual for a losing candidate’s most fervent supporters to take their case to the House floor — something that occurred after the 2016, 2004 and 2000 presidential races. But it is unusual for the losing candidate to mount a weeks-long public campaign aimed at sowing discord and distrust over a pillar of democracy, something that Trump has done relentlessly since losing the race.

Mitchell, one of the wealthiest members of Congress and a member of the conservative Republican Study Committee, was elected to the House in 2016. He voted for Trump that year and again earlier this year. He’s publicly called out the President before, but on policy at least, has been a strong supporter of Trump, voting with him 95% of the time, as he pointed out in his letter to Republican National Committee Chair Ronna McDaniel, a fellow Michigander, and House Minority Leader Kevin McCarthy.

The congressman from Michigan’s 10th District included in his letter an aside to McDaniel, suggesting that he’s confident that she knows better, particularly when it comes to unhinged allegations about the Wolverine State.

Biden carried Michigan by more than 154,000 votes, helping him rebuild the “blue wall” of Great Lakes states that had helped Trump win four years ago.

GOP efforts have focused on disenfranchising voters in Wayne County — the state’s largest — which is disproportionately Black and contains Detroit. But Mitchell writes to McDaniel, “President Trump did not lose Michigan because of Wayne County, but rather he lost because of dwindling support in areas including Kent and Oakland County, both previous Republican strongholds. In the 2020 election, President Trump lost Michigan by 154,000 votes, compared to 2016 when his margin of victory was slightly more than 10,700 votes.”

Mitchell, who had been elected the sophomore class representative to House GOP leadership, announced in July 2019 that he would not seek a third term. Earlier that month, he tweeted a pointed rebuke of the President’s racist attacks on progressive Democratic congresswomen that had falsely implied they were not natural-born American citizens.

“@realDonaldTrump we must be better than comments like these. I share the political frustrations with some members of the other party, but these comments are beneath leaders,” he said.

Turning to how his decision Monday will play out, Mitchell acknowledged he will likely “take abuse from both the far left and the far right.”

“In my opinion, the extremes of both parties are dragging their parties and this country off a cliff. The majority of Americans are in the middle. The majority of Americans want solutions to problems — want us to address them and not see who can have a political win. Not see who can grab political power for all it’s worth and actually do something to solve a problem for the American people,” he continued.