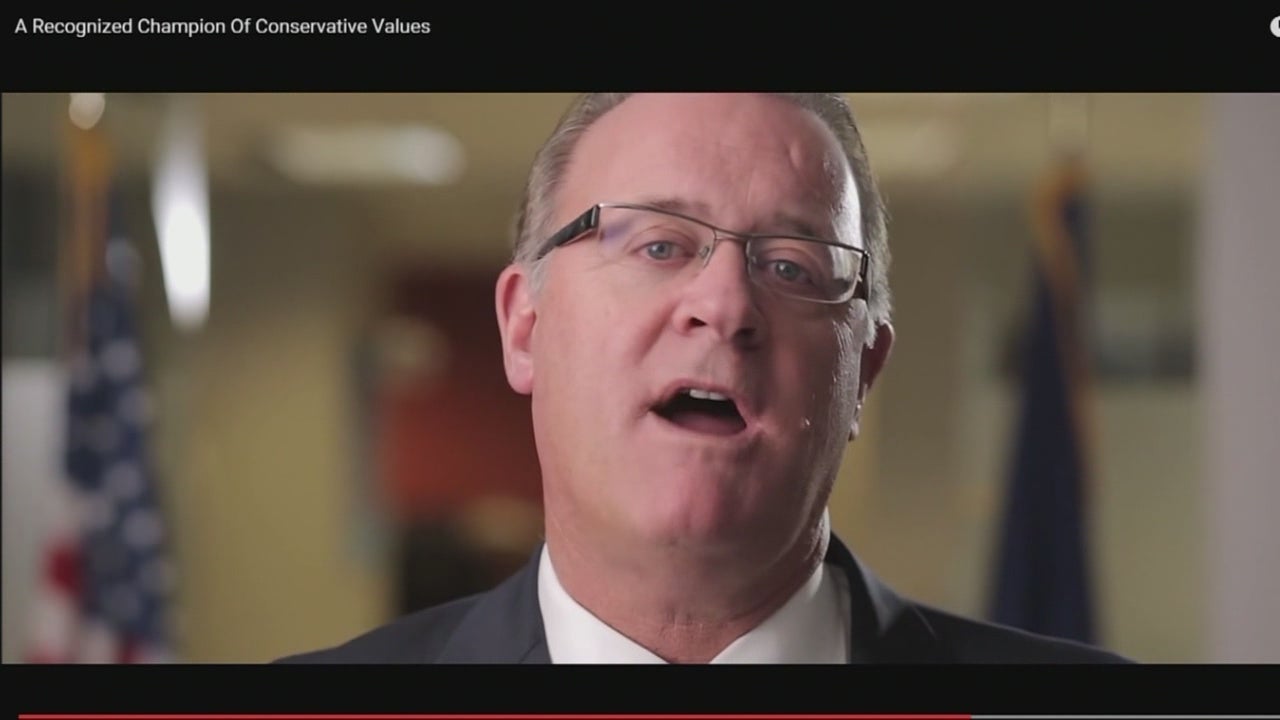 INDIANAPOLIS (WISH) – The Republican Leader in the Indiana state Senate is emerging as the key player in the civil rights battle at the Statehouse.

David Long is in a difficult position and his political future could be on the line. Long is up for re-election this year and that makes him a target.

Tea Party Republicans don’t like the fact that he promised a debate on civil rights protections for the LGBT community and they are now trying to recruit a candidate to oppose him in the May primary.

David Long kicked off his re-election campaign last week with a flashy Internet video which spelled out his accomplishments.

“Which is why I’m running for the Indiana state Senate again,” he said in the video, “to make sure we stay focused on what matters most.”

But a group of conservative ministers believes that Long is focused on the wrong issues. It targeted him during an Organization Day rally.

“This is war,” said Rev. Ron Johnson of the Indiana Pastors Alliance. “Today the leader of our Senate will produce a piece of legislation that he would like to see passed.

“That is a sign of war as it relates to people who are concerned about religious liberty.”

A critic on facebook accused Long of betraying the GOP.

And so Long points to a new bill has been filed in the Senate. It calls for civil rights protections for gays, lesbians, and bisexuals but not transgendered people.

“It reflects the fact that there’s a lot of questions about the transgender issue right now that haven’t been discussed before,” he said in a meeting with reporters following the State of the State Address.

That earns Long criticism from the other side of the argument.

“Our community won’t leave the transgender people at the altar,” said civil rights activist Rick Sutton. “They’ve stood with us through thick and thin, we can’t leave them now.”

Long is running in a district that includes parts of Fort Wayne. So far he has no opponents.

And Long’s critics can’t wait to see how this works out before they make a move. The filing deadline for the May primary is February 5 and the LGBT debate likely won’t end until sometime in March.