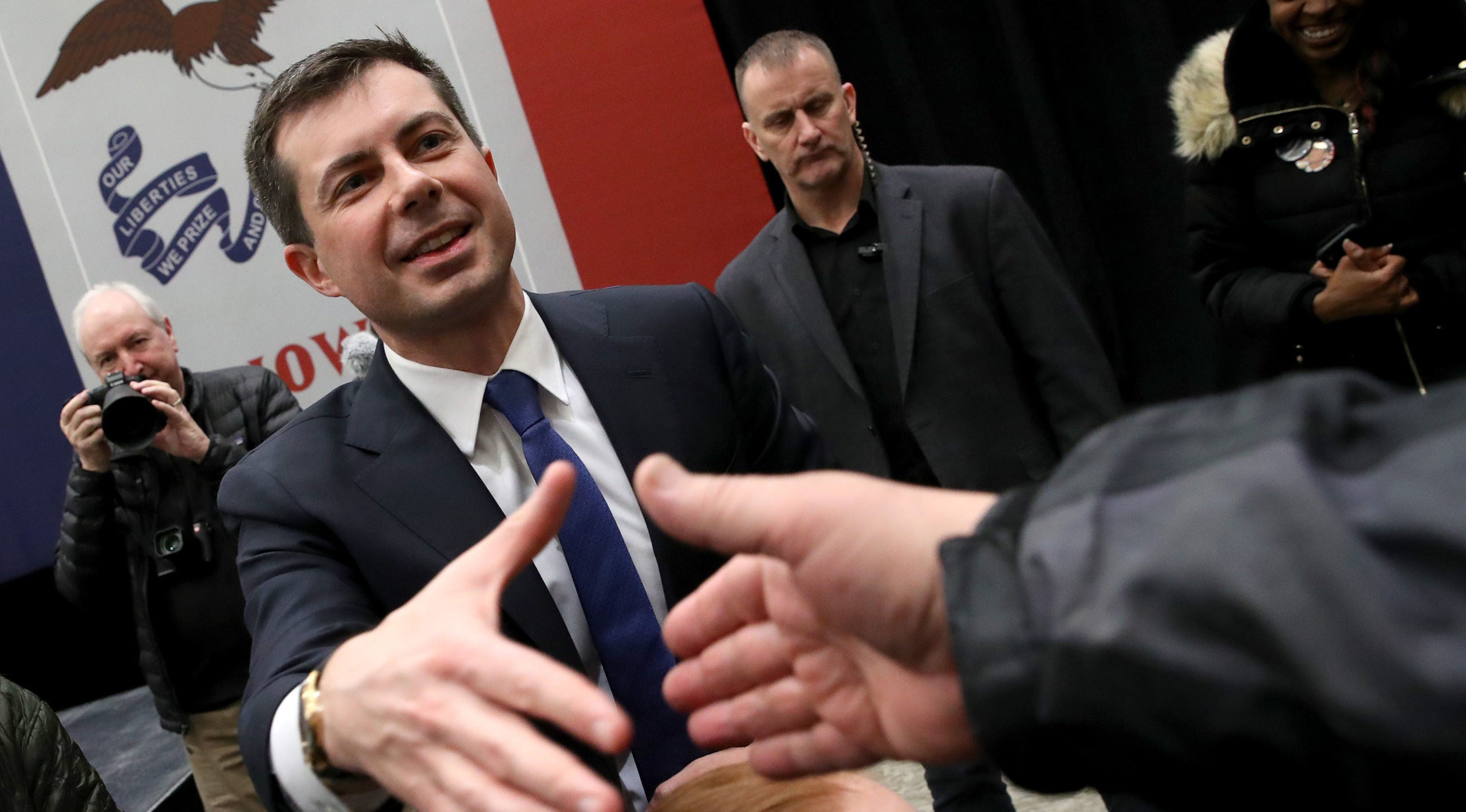 DES MOINES, Iowa (AP) — Democratic presidential candidates are preparing for a final, frenetic weekend of campaigning ahead of Monday’s Iowa caucuses, kick-starting the battle to take on President Donald Trump in November.

Former Vice President Joe Biden and Pete Buttigieg, the former mayor of South Bend, Indiana, return to the campaign trail on Friday, a day after knocking each other and progressive rival Vermont Sen. Bernie Sanders.

Sanders, along with Sens. Elizabeth Warren of Massachusetts and Amy Klobuchar of Minnesota, were stuck in Washington for Trump’s impeachment trial, but took steps to show their strength in Iowa. Warren announced the backing of two prominent Iowa Democrats and began airing television and online ads arguing she’s the most electable candidate in a crowded primary field — capable of uniting the party and defeating Trump while silencing doubts that sexism could prevent a woman from winning the White House.

Sanders’ campaign, meanwhile, will host a concert featuring music from the band Bon Iver as part of his effort to energize young voters. He has predicted that, if turnout is high during Monday’s caucus, he will win.

Speaking on Capitol Hill, Klobuchar said “you never know what’s going to happen” with the impeachment schedule. But she said her campaign would move forward even if she can’t be in Iowa for the caucuses.

“I just say bring it on,” Klobuchar said. “Because I just have faith in the people of the country to actually want someone with the experience of standing up.”

Whenever they get to Iowa, the candidates will face a competition that is exceedingly fluid. Sanders, Biden, Buttigieg and Warren are bunched at the top of most Iowa polls, and Klobuchar has shown signs of strength in recent weeks. Everyone is looking for a strong showing here that could lift them heading into later contests that will help decide the Democratic nomination.

In a race that is so jumbled, competitions are intensifying among the candidates to at least emerge from Iowa as the leader of their ideological lanes. For Sanders and Warren, the caucuses represent an opportunity to consolidate support from progressives. They both back priorities such as endorsing universal, government-funded health care under “Medicare for All” and wiping out virtually all student debt. But neither of them has yet pulled away as the undisputed leader of the party’s left flank.

“The only way to not have that issue is to have one win and the other lose,” said Rebecca Katz, a liberal Democratic strategist based in New York. “I think what you see is the progressive wing is very big and has a lot of needs. It’s not something where, all of a sudden, one becomes the leading progressive and all fall in line. Especially if they finish one-two (in Iowa). It’s not cut and dried.”

The moderate slice of the party is also struggling to unite behind options that include Biden, Buttigieg and Klobuchar.

As a former vice president who is competing in the Iowa caucuses for the third time, Biden is a well-known figure in the state and has won the backing of several leading current and former elected leaders. But attendance at his rallies has been relatively small in recent days, raising questions about the durability of his support. A super PAC aligned with his campaign has already poured $7.6 million into Iowa — meaning it may not be able to provide additional help in other states if Biden fails to meet expectations.

Biden said Friday that he expects to perform well in Iowa.

“I’ve been saying from the beginning I think we’re going to do well here. I think it’s going to be really tight no matter how it works out. It’s been bunched up,” the former vice president said.

Biden has intensified his attacks on Sanders, questioning whether the senator is truly a Democrat given his democratic socialist ideology. Sanders’ camp has shrugged that off, saying it didn’t work for Hillary Clinton during the 2016 Democratic primary and it won’t resonate now.

On Friday, the former vice president reversed course, conceding, “Bernie is a Democrat.”

“We have a different view on a whole lot of things. He’s a decent guy,” Biden told ABC.

While campaigning in Fort Madison, Iowa, Biden argued that he was the candidate Trump least wants to face in the fall. He pointed to the recent attention he’s gotten from Republicans during the impeachment trial and in Iowa, where Trump mocked his small crowd sizes during a visit to the state on Thursday.

“Pretty neat, isn’t it? It’s kind of simple: They don’t want me to be the nominee. I wonder why,” he said. “Because they know if I am, we are going to beat him.”

The 38-year-old Buttigieg is under pressure to prove that eye-popping fundraising last year will translate to caucus support , and he is offering a two-pronged argument. He unveiled a video Friday stressing party unity. But on the campaign trail he has singled out the 78-year-old Sanders as too uncompromising in his progressive views and the 77-year-old Biden as being tainted by past political brawls during a long career in Washington.

“The vice president will say we cannot take a risk on someone new,” Buttigieg said while campaigning in Council Bluffs, Iowa, drawing a contrast between himself and Biden. “We cannot take the risk of trying to fall back on the old playbook.”

Sanders, he said, speaks to “goals that I think everybody shares while presenting it in a political forum that says you either have to choose between revolution or status quo.”

While Sanders and Warren were equally unable to make their final appeals in person all week because of impeachment, being tethered to Washington may have been especially frustrating for Klobuchar. She had been seemingly gaining ground in Iowa but could see that momentum fade because she’s been unable to make a final argument in the state.

“My ask of you is to run for me, to help me,” Klobuchar said in a telephone town hall with New Hampshire voters .

In a memo to reporters, her campaign said that her being the only candidate to campaign in all 99 Iowa counties can boost Klobuchar in smaller communities, where the threshold of support needed to pick up delegates to the Democratic National Convention is lower.

The race’s fourth senator, Michael Bennet of Colorado, attempted to provide his own contrast to the rest of the field by unveiling a new television ad airing in New Hampshire, which votes after Iowa.

A field that was once the largest in modern history also lost another member when John Delaney exited the race Friday. The former Maryland congressman poured millions of dollars of his own money into the race but never gained traction.

“At this moment in time, this is not the purpose God has for me,” Delaney told CNN.