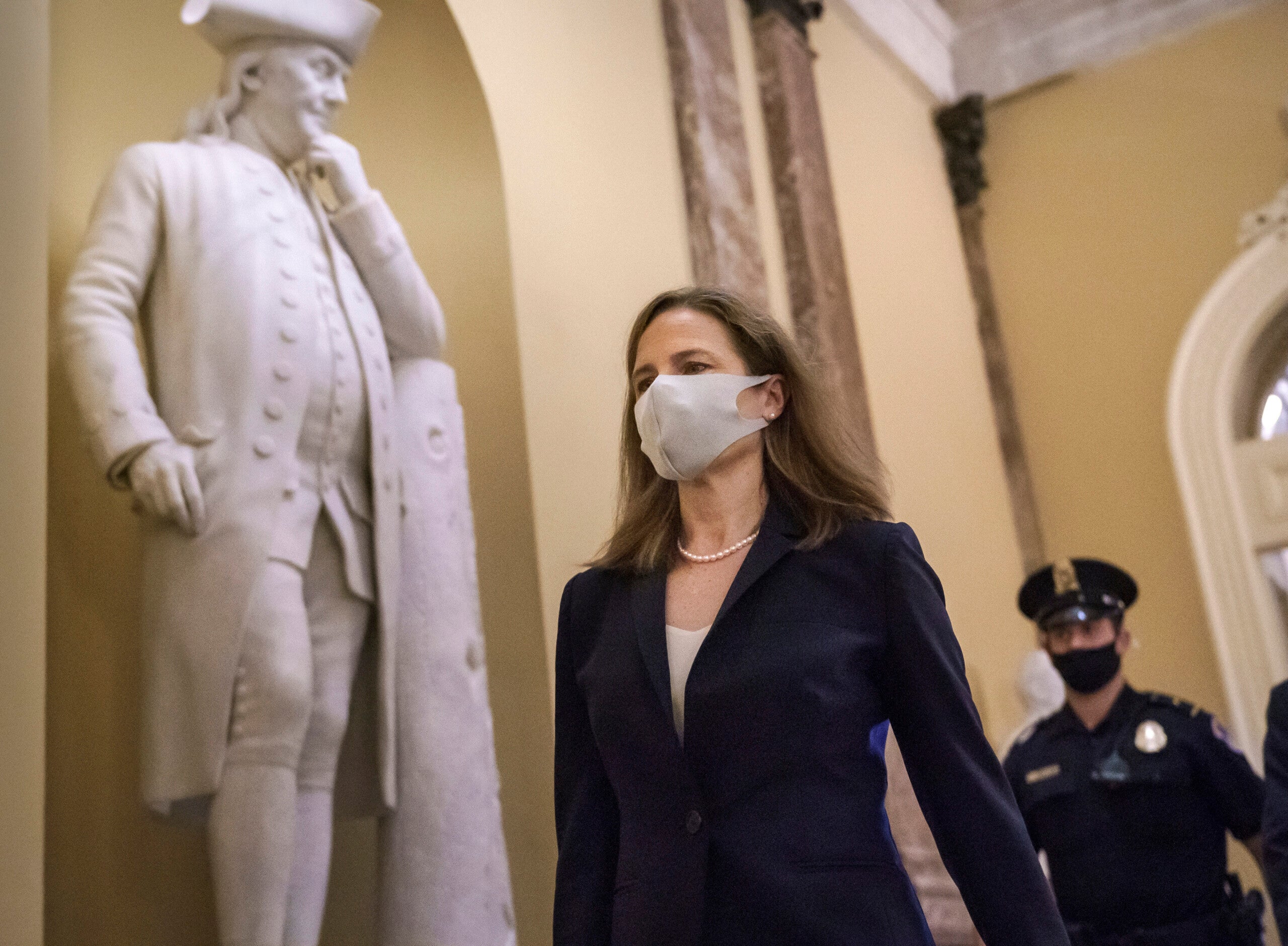 WASHINGTON (AP) — Senate Democrats are set to boycott voting on Supreme Court nominee Amy Coney Barrett at the Senate Judiciary Committee on Thursday, but there is little they can do to prevent Republicans from rushing to confirm President Donald Trump’s pick before Election Day.

Democrats on the panel are refusing to participate in the scheduled session and vote, according to two aides granted anonymity Wednesday to discuss the plans. The Judiciary Committee, which is controlled by Republicans, is expected to push ahead, changing the rules if necessary to recommend Barrett’s nomination to the full Senate. Senators are planning a rare weekend session to push through her confirmation on Monday.

“There is no precedent in history of the Senate for confirming a Supreme Court justice this close to an election,” said Senate Democratic leader Chuck Schumer.

“The truth is that the Republican majority is perpetrating the most rushed, most partisan, least legitimate process in the long history of Supreme Court nominations,” he said.

With Republicans holding a 53-47 majority in the Senate, Trump’s pick for the court is almost certain to be confirmed. Boycotting the committee hearing won’t stop the process, but will potentially force Republicans on the panel to alter the rules to keep the confirmation on track.

Two Republican senators have objected to the quick vote, but Republicans have the votes to push ahead. Democrats cannot stop the process, but are using various tools to slow it down.

Barrett, a 48-year-old appellate court judge who has spoken out against abortion and a court ruling on the Affordable Care Act, is on track to lock in a 6-3 conservative majority on the high court for years to come.