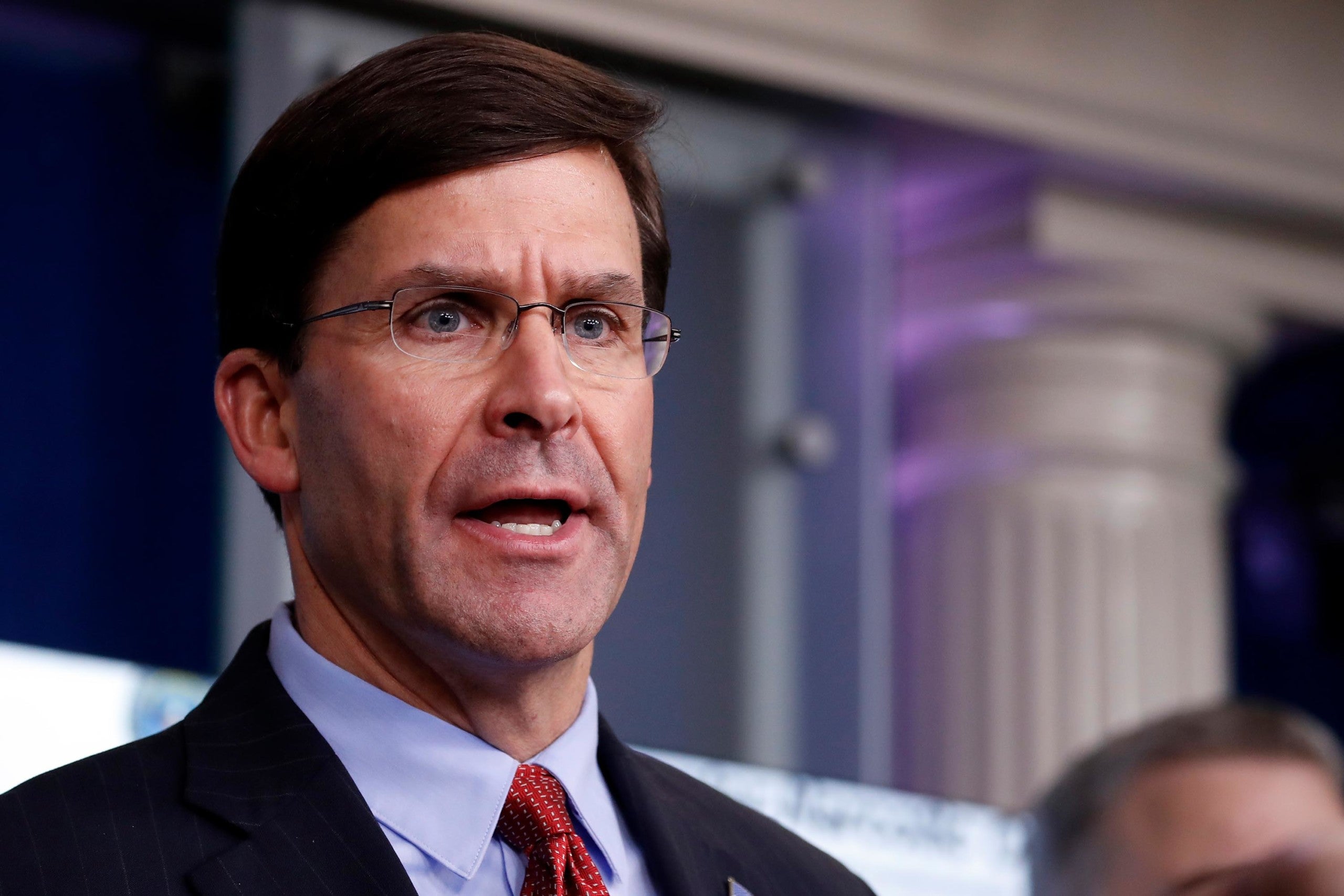 (CNN) — Defense Secretary Mark Esper on Thursday ordered a review of the National Guard’s support of law enforcement across the country amid unrest over the death of George Floyd.

The review, which is considered standard procedure following any significant operation, will be led by Army Secretary Ryan McCarthy and will specifically evaluate the National Guard’s work with federal and local law enforcement in recent weeks, according to a Pentagon news release. The evaluation will address a range of issues including training, organizing and deployment of National Guard forces.

“In recent weeks, the National Guard has performed professionally and capably in support of law enforcement in cities across the United States,” Esper said in a statement. “I have the greatest respect for, and am deeply proud of our Soldiers and Airmen who served during this period to ensure that peaceful protestors could execute their First Amendment rights, and that they and others would not suffer from violence against themselves and their property.”

“I have full confidence in Secretary of the Army McCarthy to lead a robust review,” he continued. The report’s findings are expected to be submitted to Esper by the end of July, the Pentagon said.

The step follows a mass activation of National Guard forces to help quell protests over the death of Floyd, a black man who died at the hands of a police officer in Minneapolis. Earlier this month, about 74,000 Guardsmen had been activated across the US. That’s more than at any other point in recent history, according to the National Guard Bureau.

Speaking from the White House Rose Garden earlier this month, President Donald Trump said that “we are ending the riots and lawlessness that has spread throughout our country,” adding that he’s strongly recommended to governors to deploy the National Guard to “dominate the streets.”

A group composed of service members who hold civilian jobs and train part time, National Guard troops are usually deployed in their home states by governors or the federal government, who decide the length of each mission.

They can perform law enforcement actions when under the command of state governors, unlike the active-duty military, which is forbidden by law from doing so unless the President invokes the Insurrection Act.

But there is discomfort with the civil order mission among some National Guard troops.

“I believe that we in America should not get used to or accept uniformed service members of any variety having to be put in a position where they are having to secure people inside the United States of America,” Army Maj. Gen. Thomas Carden, the adjutant general of the Georgia National Guard, told reporters last month.

He added that “while we are glad to do it and honored to do it, this is a sign of the times that we need to do better as a country.”