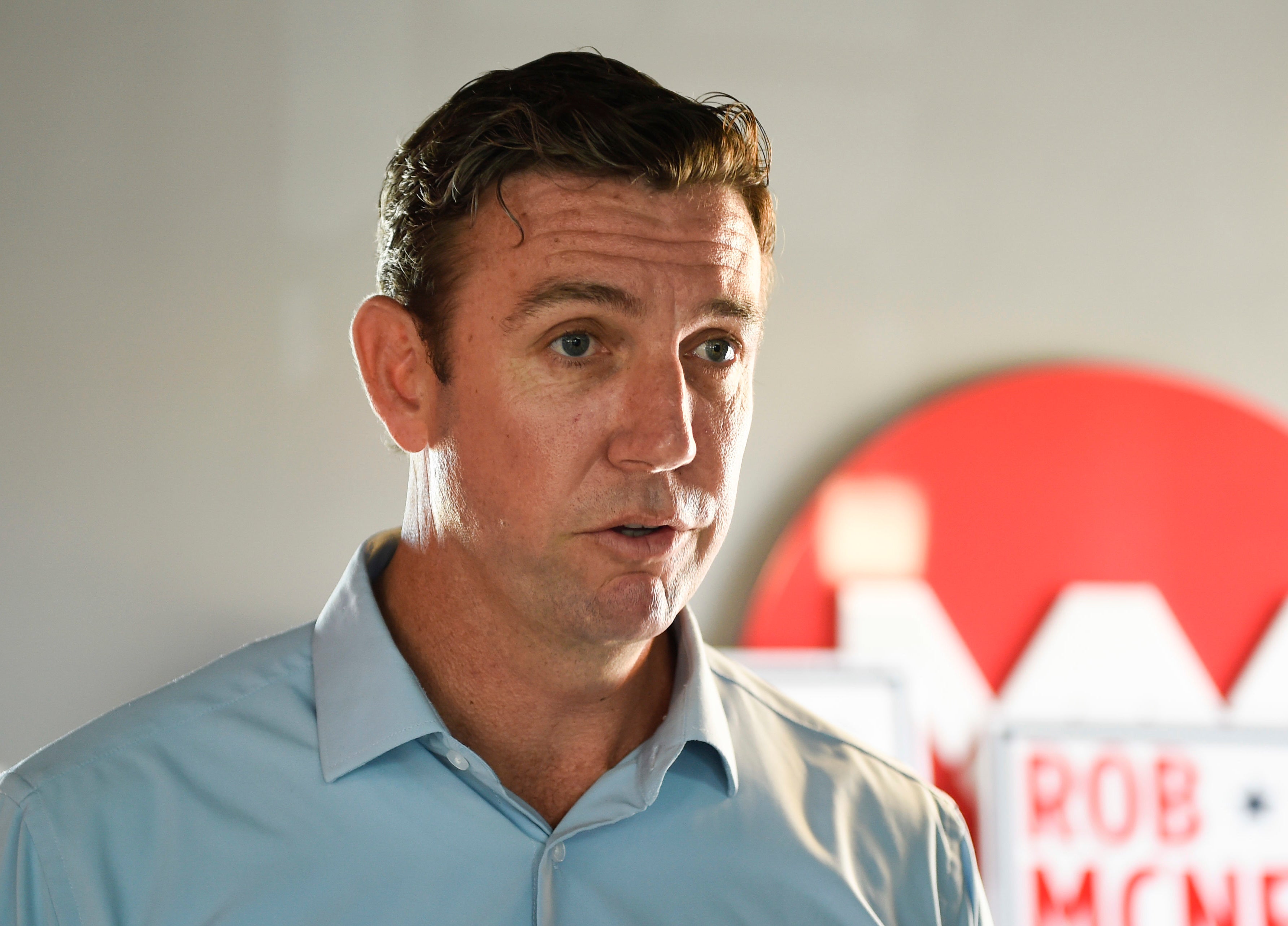 SAN DIEGO (AP) — Former California Republican Rep. Duncan Hunter was sentenced Tuesday to 11 months in prison after pleading guilty to stealing campaign funds and spending the money on everything from outings with friends to his daughter’s birthday party.

The ex-Marine’s defense attorneys had asked for home confinement, citing his military service including fighting in Iraq and Afghanistan, and his nearly six terms in Congress. Hunter resigned from Congress in January after representing one of Southern California’s last solidly Republican districts.

Prosecutors submitted 87 pages of details to U.S. District Court Judge Thomas J. Whelan ahead of Tuesday’s sentencing that showed a corrupt congressman who intentionally and repeatedly stole from his campaign funds for a decade.

Hunter and his wife were accused in a 60-count indictment of stealing more than $250,000 in campaign contributions and trying to hide it on financial disclosure records, listing some personal expenses as contributions to wounded warriors. Each had faced up to five years in prison.

Each pleaded guilty to a single count in separate plea agreements last year.

The funds bankrolled private school tuition for his children, his wife’s shopping sprees, weekend trips with his mistress and drinking parties in Washington.

Hunter asked the court Tuesday to spare the mother of his three children jail time, and said he takes full responsibility. He showed little emotion.

The hearing was held despite many state and federal courts across California and the country all but shutting down or holding hearings by teleconference to curb the spread of the new coronavirus.

The judge said the full courtroom did not have more than 50 people in it. Whelan said Hunter wanted the hearing to proceed as planned. Federal judges in San Diego have held many call-in hearings when parties of a case could not be present.

Prosecutors said a 14-month prison sentence was needed to punish a lawmaker who misled his constituents and whose wrongdoing has now left the 50th congressional district without a representative. A Democrat and Republican are headed to a November runoff for his seat.

A broke and debt-saddled Hunter cavalierly spent campaign money on small things, such as a tin of chewing tobacco, and a copy of the book, “Why We Suck: A Feel Good Guide to Staying Fat, Loud, Lazy and Stupid,” according to prosecutors.

And after he was caught, he ran for reelection and tried to convince voters in the district east of San Diego that as a staunch supporter of President Donald Trump, he was the victim of a political witch hunt by left-leaning prosecutors trying to drive him out of office in Democratic California.

“As we now know, Hunter lied to the people about his guilt. Not once, but countless times. In doing so, he conned voters into electing a soon-to-be-convict,” prosecutors wrote in their arguments for the prison term.

Defense attorneys said he deserved 11 months in home confinement because of his military and public service. They said he saved thousands of San Diego jobs on the chopping block and helped craft laws to better the lives of veterans.

His parents wrote a letter pointing out his bravery in signing up for the Marine Corps the day after the Sept. 11 attacks, and a Democratic colleague, San Diego Rep. Juan Vargas, penned that “Mr. Hunter needs special counseling and treatment after fighting our wars in Afghanistan and Iraq.”

Hunter is not the first congressmen accused of the illegal use of campaign money. Prosecutors compared Hunter’s case to that of former Illinois Rep. Jesse L. Jackson Jr., who got 30 months for stealing $750,000 in campaign funds.

Hunter’s defense lawyers compare him to former California Rep. Jay Kim, who was spared prison time in 1998 and sentenced to two months home confinement after he admitted to taking more than $250,000 in illegal campaign contributions.

Hunter’s conviction ended his family’s political dynasty in the 50th congressional district. Hunter won the seat after his father. Hunter L. Duncan, represented the area of suburbs and farm towns for 28 years before retiring.

Hunter was ordered to report to prison on May 29.