Experts warn extremists are intensifying calls for violence ahead of inauguration

“If you don’t know how to shoot: You need to learn. NOW.”

“we will storm the government buildings, kill cops, kill security guards, kill federal employees and agents, and demand a recount.”

In the weeks, days and hours ahead of Wednesday’s siege on the Capitol by President Donald Trump’s zealous supporters, the warning signs were clear: online posts from hate groups and right-wing provocateurs agitating for civil war, the deaths of top lawmakers and attacks on law enforcement.

And now, as the dust settles and the country struggles to make sense of the violence that left five dead — including an officer with the U.S. Capitol Police — experts warn that the calls for violence have only intensified ahead of Inauguration Day, when President-elect Joe Biden will be sworn in as commander in chief.

“We are seeing … chatter from these white supremacists, from these far-right extremists — they feel emboldened in this moment,” said Jonathan Greenblatt, the CEO of the Anti-Defamation League, which tracks and counters hate. “We fully expect that this violence could actually get worse before it gets better.”

Wednesday’s chaos — which erupted during a protest to dissuade Congress from certifying the results of Biden’s unambiguous win — showed a loss of control and sudden breaking of the bond that for four years had held Trump, his supporters and the Republican leadership together in lockstep.

After rioters charged through a barricade, assaulted police officers, shattered windows and stormed into the hallowed building that was torched by the invading British military in 1814, Trump made a tepid plea for them to go home — although he repeated the falsehood that the election had been stolen. Republican leaders that night — including Vice President Mike Pence and Senate Majority Leader Mitch McConnell — condemned the rioters in the strongest terms.

But it all appeared to have little effect on the radicalized right.

“Trump WILL be sworn in for a second term on January 20th!!,” said a commenter on thedonald.win, a pro-Trump online forum, on Thursday, the day after the siege. “We must not let the communists win. Even if we have to burn DC to the ground. Tomorrow we take back DC and take back our country!!”

Security concerns ahead of Biden’s inauguration

John Scott-Railton, a senior researcher at the Citizen Lab — a group at the University of Toronto that monitors cybersecurity — said he is “terribly concerned” about the inauguration.

“While the broader public was aghast at what happened (Wednesday) at the Capitol, in certain corners of the sort of right wing conversation, what happened … is viewed as a success,” he told CNN.

In the days and weeks before the attack on the Capitol, signs that the protest could spiral into violence were in abundance.

Advance Democracy, Inc., a nonpartisan governance watchdog, highlighted red flags on social media. In the six days leading up to the event, for instance, there were 1,480 posts from QAnon-related accounts that referenced the event and contained terms of violence. On Parler, the report said, multiple posts referenced war, including statements like “the war begins today.”

Ali Alexander, a political activist who has organized pro-Trump rallies, including one of the demonstrations that converged on the Capitol lawn Wednesday, accused the left of “trying to push us to war.” In late December, Alexander told followers on Periscope that he and three GOP congressman — Reps. Paul Gosar and Andy Biggs of Arizona and Rep. Mo Brooks of Alabama — were planning something big.

“It was to build momentum and pressure and then on the day change hearts and minds of Congress peoples who weren’t yet decided or who saw everyone outside and said, ‘I can’t be on the other side of that mob,'” Ali said, though he did not call for violence.

CNN reached out to the offices of all three congressman, but only Biggs responded, with a statement from a spokesperson denying that he worked in any way with Alexander or any protestors.

“Congressman Biggs is not aware of hearing of or meeting Mr. Alexander at any point — let alone working with him to organize some part of a planned protest,” the spokesperson said. “He did not have any contact with protestors or rioters, nor did he ever encourage or foster the rally or protests. He was focused on his research and arguments to work within the confines of the law and established precedent to restore integrity to our elections, and to ensure that all Americans — regardless of party affiliation — can again have complete trust in our elections systems.”

On Monday, the ADL published a lengthy blog post detailing threats of violence pertaining to the upcoming rally.

“In response to a user who wondered what happens if Congress ignores ‘evidence’ that President Trump won the election, a user wrote, ‘Storm the capitol,'” the ADL’s blog post says.

The post went on to say while it wasn’t aware of any credible threats violence planned for Jan. 6, “if the past is any indication, the combination of an extremist presence at the rallies and the heated nature of the rhetoric suggests that violence is a possibility.”

Also on Monday, a risk analysis by the security firm G4S stated that “current rhetoric suggests that there will be attendees who have violent intent, including armed militia groups” between Jan. 6 and Inauguration Day.

The analysis cited numerous posts in recent weeks advocating violence on the right-wing site thedonald.win, including one from late December that said, “We will have to achieve an actual tactical victory like storming and occupying Congress, to have the intended effect.”

Another said, “Patriots who STILL, AT THIS POINT IN TIME, are too cowardly to condone violence, are part of the problem.”

Security experts said they were puzzled by the flat-footed response of law enforcement.

“The surprising part of it is why it was so much less aggressively policed,” said Jonathan Wood, director of global risk analysis for London-based Control Risks. “Many security analysts were surprised by the lack of security, and by the lack of a robust security response.”

Federal and local law enforcement officials insist they had no idea the siege would happen.

“There was no intelligence that suggested there would be a breach of the U.S. Capitol,” said DC Police Chief Robert Contee at a press conference Thursday.

Steven A. Sund, who is resigning as chief of the U.S. Capitol Police amid criticism over the apparent lack of preparedness to deal with the violent mob, said in a statement that the department had a robust plan to address “anticipated First Amendment activities.”

“But make no mistake — these mass riots were not First Amendment activities; they were criminal riotous behavior,” he said Thursday.

As for security on Inauguration Day, the Secret Service issued a statement saying its plans for the event have been long in the making.

“The inauguration of the President of the United States is a foundational element of our democracy,” the agency said in a statement. “The safety and security of all those participating in the 59th Presidential Inauguration is of the utmost importance.”

Robert Dodge, president of corporate risk services at G4S — which issued the Monday warning — said in the months leading up to Jan. 6, he saw “a lot of concerning and hostile rhetoric, which in our world we call a threat indicator.”

He added that the U.S. Capitol building seemed to lack the proper fortification.

“Did people approaching the Capitol see a proper level of physical barriers, of psychological barriers such as signs saying do not cross this line or you will be arrested?” he said. “You saw the glass windows being broken in. Why weren’t some of those reinforced? It looks like there were some serious physical security challenges that got left to the Capitol police to mitigate.”

Americans swept up in disinformation

It isn’t just the fringe elements who have gotten swept up in the current fervor. Mingling with the crowd of militia groups, white nationalists and high-profile conspiracy theorists on the Capitol lawn on Wednesday were other citizens who made the trip to challenge the certification.

One was Texas resident and former mayoral candidate Jenny Cudd, whose campaign slogan was “Jenny for Mayor.”

After railing against what she described as voter fraud and a stolen election, she called for the death of those who have committed treason.

“All we need is one public hanging, and then people will start acting right — kind of like it would be useful if we still had the firing squad for the death penalty,” Cudd said. “We shall see if there will be a public hanging in our future because it is still considered a valid form of death for treason.”

Cudd posted a video the night before the protests, where she talked about how the next day was going to be a “ruckus.”

“I don’t know what y’all think about a revolution, but I’m all for it,” she said. “Nobody actually wants war, nobody wants bloodshed, but the government works for us and unfortunately it appears that they have forgotten that, quite a lot, so if a revolution is what it takes then so be it.”

Right-wing news network OANN posted a photo of Cudd on Twitter Wednesday afternoon showing her inside the Capitol, wearing a Trump flag around her as a cape. And that evening, she posted a video from her hotel, where she drank a beer and choked back tears as she took her followers through what had happened that day.

“When Pence betrayed us is when we decided to storm the Capitol,” she said.

On Friday, Cudd told a local TV news outlet that she did nothing illegal.

“I pretty well walked up the steps and then there was an open door to the Capitol,” she said. “I personally did not tear down anything, destroy anything.”

In response to a CNN request for comment Friday, Cudd texted a link to a video of herself repeating a version of the statement she made to the local outlet, saying, “cancel culture is in full force,” and that she has “received several death threats, along with thousands of one-star reviews” for her business.

Joel Finkelstein, director of the Network Contagion Research Institute at Rutgers University, said conspiracies on the web have mushroomed from smaller, obscure sites like 8kun frequented by adherents of QAnon to more mainstream sites like Facebook, Twitter and Instagram. The result, he said, is that many of the people drawn to the protests Wednesday were not extremists but rather ordinary Americans who did not understand that they had been lied to.

Some of the more disturbingly violent chatter on social media reflects what appears to be a growing hostility toward Republican leaders on the part of Trump supporters.

And as law enforcement has begun to take a heavier hand with right-wing extremist groups — Proud Boys leader Henry “Enrique” Tarrio was arrested by DC police ahead of the Jan. 6 protest — experts are noticing a growing antipathy for police in these circles, which have tended to consider themselves allies of men and women in uniform.

“That creates a pretty dangerous situation,” said Southern Poverty Law Center senior research analyst Cassie Miller. “Because not only might there be violent encounters with leftists but it kind of increases the potential that there’s going to be a violent confrontation with cops as well.” 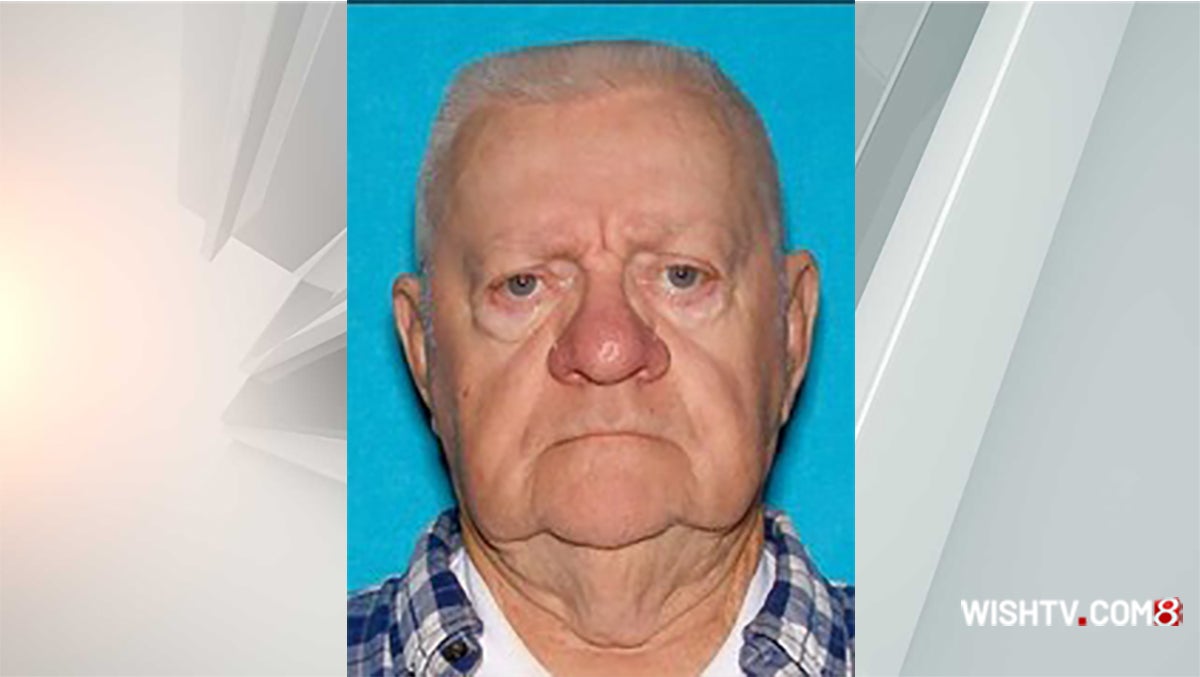 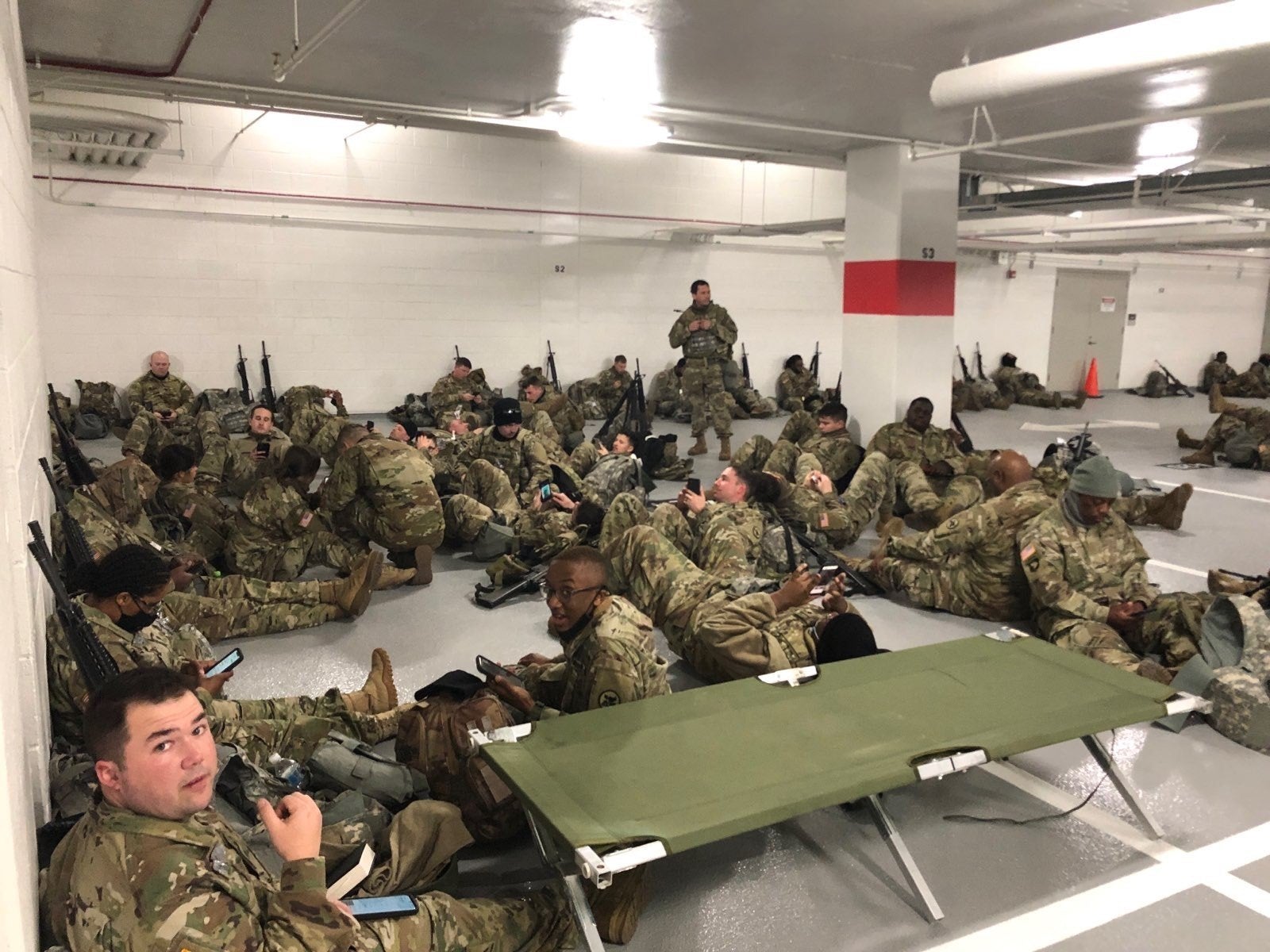 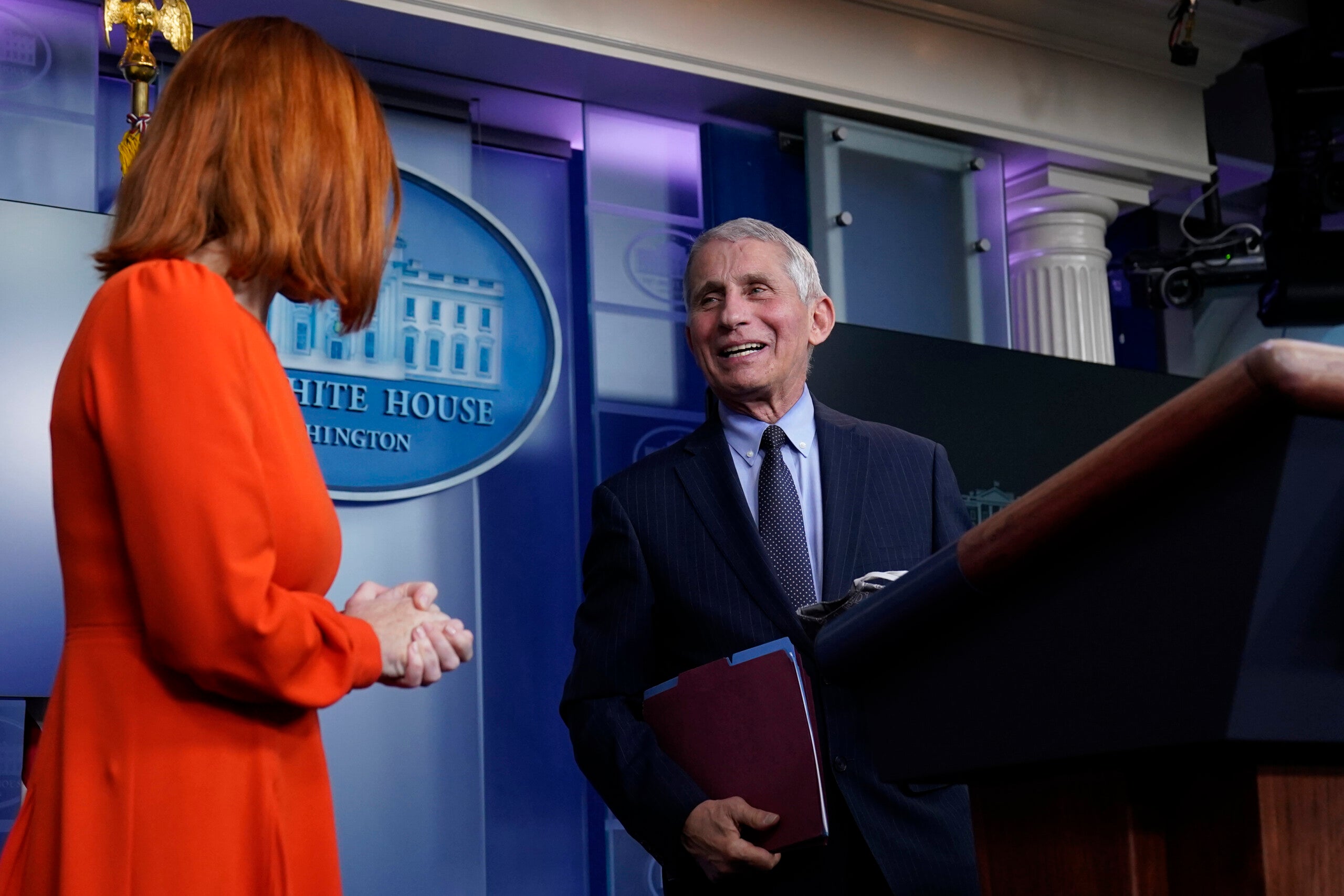 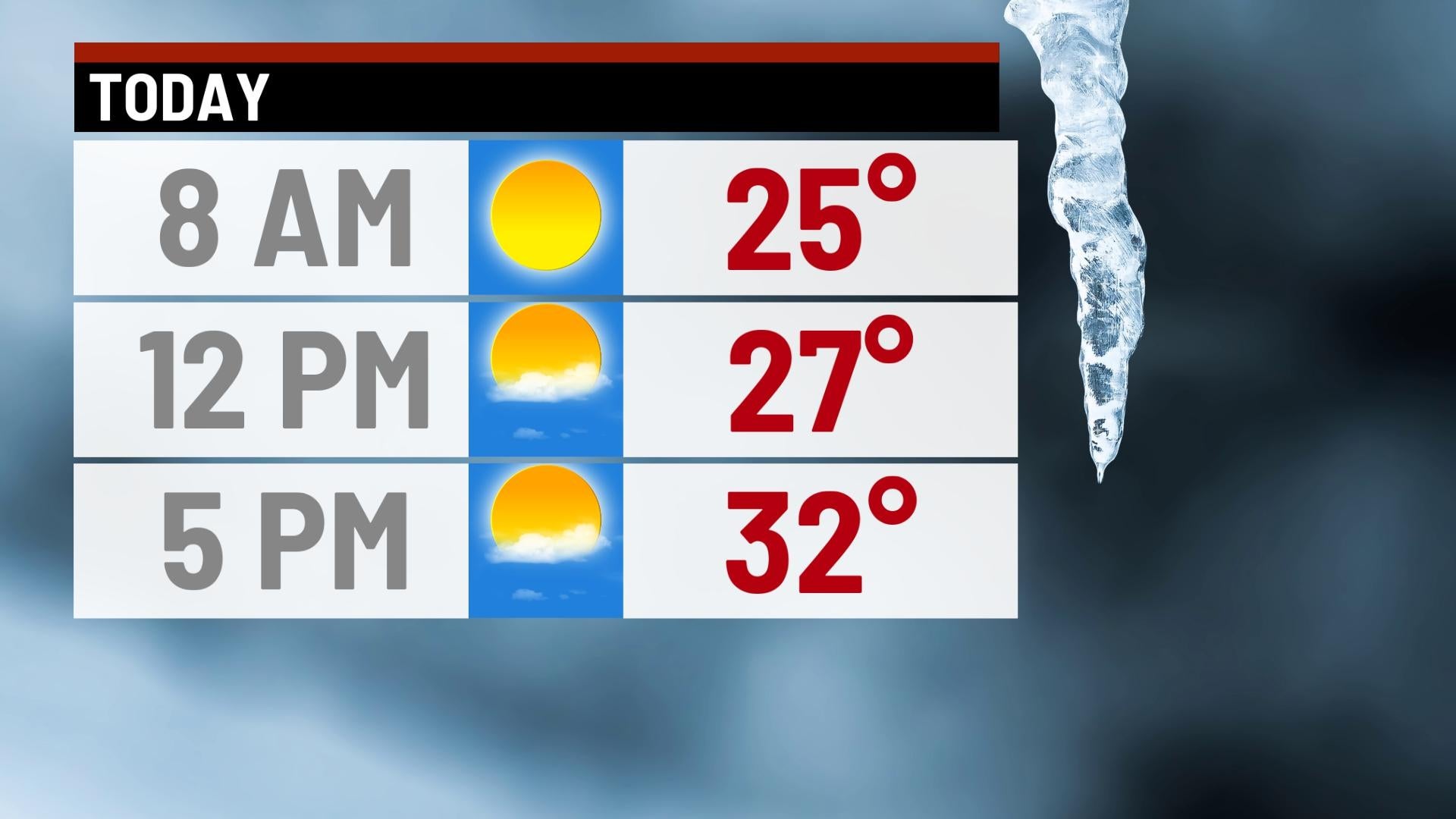