Fauci spat illustrates what some fear is a directionless White House 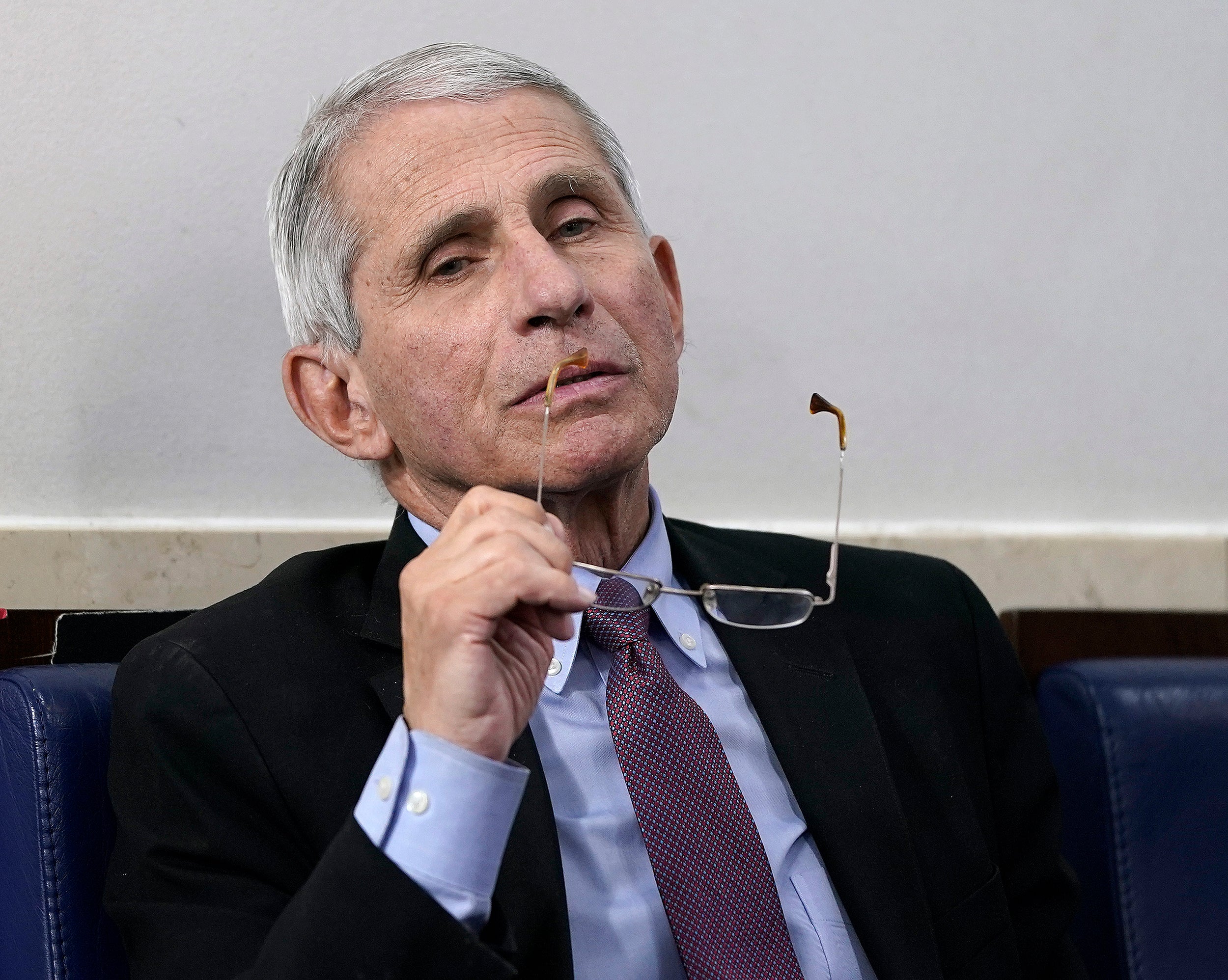 (CNN) — The public spat unfolding this week between the White House and the nation’s respected top infectious disease specialist has vexed some allies of President Donald Trump, whose visions for a highly focused reelection season have instead been replaced with unpopular fights and obscure fixations.

After outcry, the White House appeared to be recalibrating its approach to Dr. Anthony Fauci, who sat for a lengthy meeting with chief of staff Mark Meadows on Monday after White House officials questioned his record in a statement to reporters. The President insisted during an afternoon roundtable their relationship was “very good.” And White House officials insisted Fauci would not (and, for that matter, could not) be dismissed, and would remain on the President’s coronavirus task force.

But with a little more than 100 days until Election Day on Nov. 3, the fight with Fauci illustrated what, to many supporters of Trump, has been a disturbing pattern: ill-timed battles with little evident public support that do nothing to define the presumptive Democratic nominee Joe Biden, articulate a rationale for another term in office or contain a pandemic that is both crippling the nation and dooming his reelection chances.

Trump has insisted to friends recently that he hasn’t really started campaigning yet. Yet some of the President’s tactics lately have been so baffling to his allies that several have openly speculated about whether he’s actively trying to lose the election.

Trump has denied that’s the case; he said in an interview with Real Clear Politics last week he wants a second term “with all my breath” and “with every ounce of what I represent.”

Yet the summer so far has been laden with prior examples: Trump’s laser-like focus on preserving statues and monuments, including those honoring Confederate generals; his clemency for friend Roger Stone, which was opposed by his attorney general and generally considered politically unwise; and his long-standing refusal to wear a face mask, a streak broken last weekend only after extended pleading from aides.

In Fauci, White House officials targeted a well-respected health expert whom polls show is trusted by a large majority of Americans. To some degree, that public renown explains their grievances: the President has long noted with annoyance to aides that Fauci’s approval ratings are higher than his own, gripes that some aides interpreted as permission to attack the doctor publicly.

In the West Wing, Fauci has earned detractors, including trade adviser Peter Navarro, who has questioned his expertise and his willingness to advocate for recommendations that have caused the economy to stall.

By Tuesday, the sparring had become a campaign issue — for Biden.

“Mr. Trump, please listen to your public health experts instead of denigrating them,” the former vice president said during a speech in Delaware, where he has been isolating during the pandemic.

‘We don’t have a Dr. Fauci problem’

But even to some advisers who share the view that Fauci is overly candid in his disagreements with the President, taking the fight public seemed foolish amid a raging pandemic where few approve of how Trump is handling himself.

“We don’t have a Dr. Fauci problem,” said Sen. Lindsey Graham, R-South Carolina, who acts as an informal adviser to Trump. “We need to be focusing on doing things that get us to where we need to go. So I have all the respect in the world for Dr. Fauci. I think any effort to undermine him is not going to be productive, quite frankly.”

By Monday, the decision by members of the White House press office to provide a list of Fauci’s past statements to reporters and to declare, anonymously, that several officials “are concerned about the number of times Fauci has been wrong on things” was viewed widely as a mistake, though press secretary Kayleigh McEnany defended the decision in public.

“We provided a direct response to a direct question and that’s about it,” she said during Monday’s briefing. “And to the notion that there’s opposition research and that there’s Fauci versus the President, it couldn’t be further from the truth.”

Meadows later told others he was not involved in the decision to distribute the information, though some said it was difficult to believe he had no knowledge of what the press office was doing.

“It’s not a crisis in confidence or a warning shot,” one senior administration official insisted on Monday. “It’s just the White House tired of getting media questions about their relationship with St. Anthony.”

Although the White House later backed off the criticism of Fauci after it drew a negative response, one person said they had already achieved their goal by casting doubt on the doctor’s advice.

Outside allies of the President, including the conservative economist Stephen Moore, said they were preparing additional research on Fauci meant to diminish his public credibility.

And at least one of the President’s closest advisers seemed intent on taking Fauci down a peg. Dan Scavino, one of Trump’s longest-serving aides who now acts as a deputy chief of staff, posted a meme on Facebook depicting Fauci as a faucet drowning the economy with lockdowns and school closures.

“Sorry, Dr. Faucet! At least you know if I’m going to disagree with a colleague, such as yourself, it’s done publicly — and not cowardly, behind journalists with leaks. See you tomorrow!” Scavino wrote.

A person in close contact with Fauci described him as “unfazed” by the White House pushback against him.

“Tony is not going to sell his soul,” this person said, noting that he’s chosen to remain a career official, and not a political appointee, so that he wouldn’t get sucked into politics.

Asked on a podcast Tuesday he if he’s ever wanted to throw his hands up and walk away, Fauci said: “I think that the issue at hand is so important that I think walking away from it is not the solution. I think that would just make things worse.”

To some outside allies of the President’s, the episode typified an ill-defined strategy heading into a tough reelection that does little to refine or crystallize Trump’s argument for a second term. Instead of speaking with Americans about how he plans to bring the pandemic under control or ensure outbreaks don’t continue into the next year, Trump and his aides appear more intent on targeting their perceived enemies, even when they take the form of a widely respected 79-year-old scientist.

The open warring with Fauci comes after a rough several months for Trump which have seen his own poll numbers crater amid a resurgence in coronavirus cases and a national outcry over racism and brutal police tactics.

Trump responded to the protests by retrenching in “law and order” rhetoric, which verged at times into racially charged language about unleashing “vicious dogs” and shooting looters. Instead of throwing his support behind legislative police reform measures, he adopted as a rallying cry the protection of federal statues and monuments, even those honoring the Confederacy.

As entities such as NASCAR and the GOP-held Mississippi Legislature rejected the Confederate flag, Trump seemed to signal his support for the symbol.

The tactics perplexed some of his backers, who saw him making appeals to the narrow slice of the electorate already behind him while making no attempt to widen his support. Some donors expressed wariness at throwing support behind a campaign that appeared to have little direction.

His July 4 speeches at Mount Rushmore and at the White House, while dark in tone, nonetheless reassured some that Trump had found a reelection message.

But a few days later, Trump suggested on Twitter he disapproved of NASCAR’s decision to ban the Confederate Flag at its races — throwing the Independence Day message aside and returning to another troubling news cycle that had little to do with Biden or a second term.

Trump’s decision to commute the prison sentence of Stone was another step many of his political advisers cautioned could cause negative consequences, though few believed Trump would heed their advice. He did not, and on Friday the White House released a falsehood-laden statement declaring Stone was “now a free man!”

A day later, Trump traveled to Walter Reed National Medical Center for a visit with wounded service members and medical professionals that was also orchestrated so he could be photographed wearing a mask in public for the first time. Aides had spent the previous week working to convince Trump that sporting a mask in public would be an easy way to eliminate one of the persistent criticisms of his coronavirus response — even though Trump had insisted for months that covering his face in public would appear weak.

The episode was originally intended in part as a way to encourage his supporters to wear masks at a rally in New Hampshire. But as his campaign fretted about possible low attendance, the event was scrapped — with an incoming tropical storm as the official reason.

On Saturday evening, as the rally was meant to be starting, the weather in Portsmouth was sunny and clear.