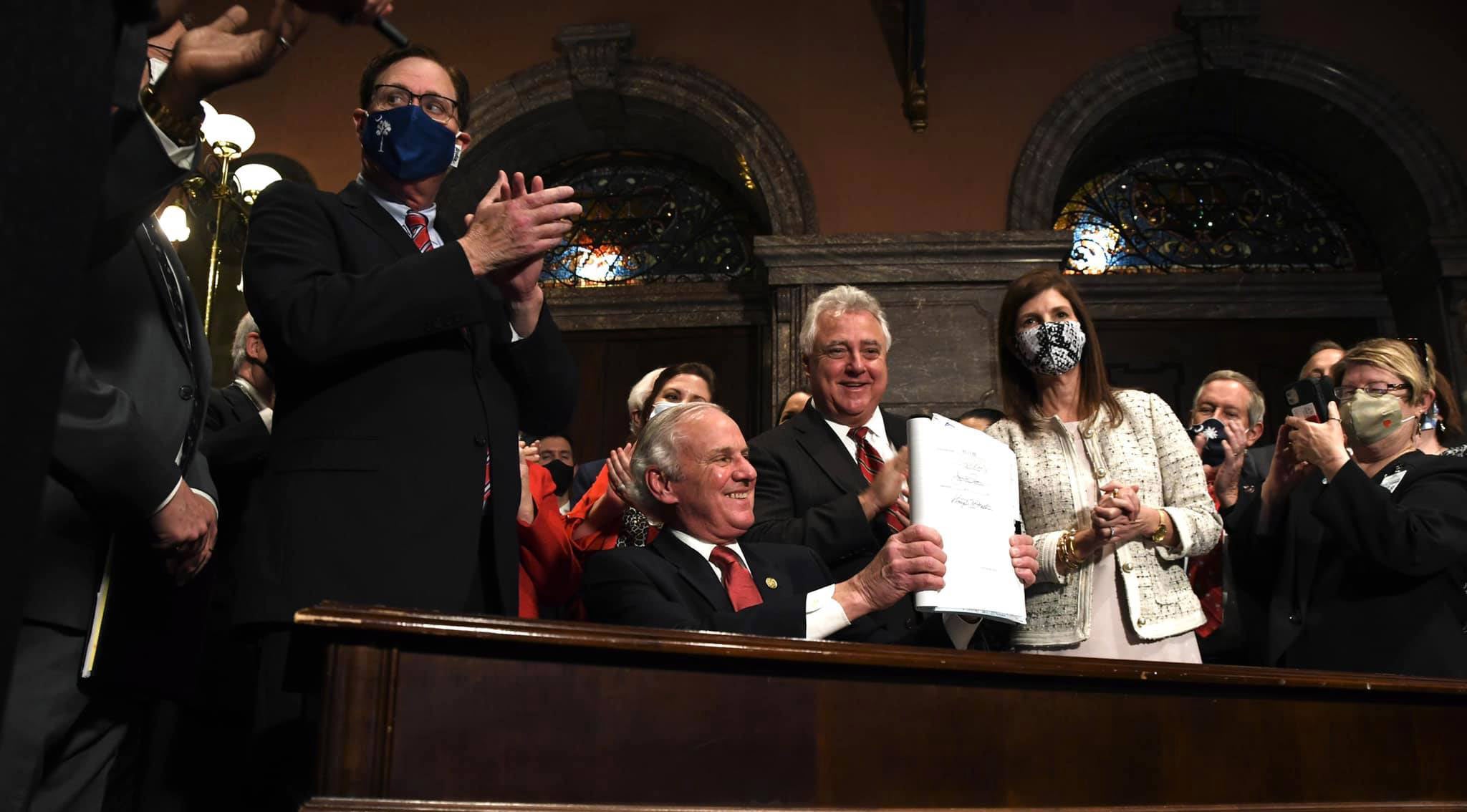 (CNN) — A federal judge blocked South Carolina’s so-called “heartbeat” abortion ban on Friday, a day after it was signed into law.

The South Carolina law — the first such restriction passed in 2021 as anti-abortion advocates seek to limit access to the procedure — would block the procedure at the detection of a fetal heartbeat, which can occur as early as six weeks into a pregnancy and before many people know they are pregnant.

US District Judge Mary Geiger Lewis issued a temporary restraining order on the law until March 5. The South Carolina law now joins nine other so-called gestational bans — which bar abortions past a certain point in pregnancy — passed in 2019, none of which have gone into effect.

Lewis wrote that the abortion providers demonstrated “a substantial likelihood of success” in their arguments that the law violated abortion seekers’ rights, calling the law a “plainly unconstitutional ban on previability abortions.”

Abortion rights advocates had swiftly expressed opposition to the new law, which the South Carolina General Assembly passed on Wednesday and finalized on Thursday.

Before it was signed by South Carolina Republican Gov. Henry McMaster on Thursday, Planned Parenthood and the Center for Reproductive Rights challenged the measure. Lawyers for the groups asked a federal judge to block the law on behalf of abortion providers Planned Parenthood South Atlantic and Greenville Women’s Clinic, which operate the only three abortion clinics in South Carolina, according to court documents.

“This court ruling will offer a temporary moment of relief for South Carolinians,” Alexis McGill Johnson, president and CEO at Planned Parenthood Federation of America, said in a statement. “But make no mistake: Politicians across the country have made it clear they won’t stop until abortion access is completely out of reach.”

Planned Parenthood South Atlantic spokesperson Molly Rivera told CNN that they had stopped providing abortions as soon as the governor signed the bill.

“Access has been restored,” Rivera said after the judge’s order. “Abortion services can resume.”

South Carolina Attorney General Alan Wilson, who was named in the lawsuit, called the block “only a first step, but the legal fight has just begun. We look forward to further arguing why this law should be valid.”

“We believe the Heartbeat Law is constitutional and deserves a vigorous defense to the U.S. Supreme Court if necessary,” Wilson said in a statement. “Every generation has a right and a duty to revisit issues as important as this one.”

The law includes exceptions for instances of rape, incest — both of which physicians must report to the county sheriff within 24 hours — medical emergencies, and fetal anomalies. It also requires abortion providers to perform an ultrasound and display the image to the pregnant individual, and to “ask the woman if she would like to hear the heartbeat” if audible — a medically unnecessary requirement that the Supreme Court has previously allowed to take effect in other states.