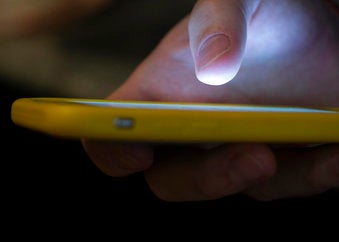 (CNN) — The federal government took another big swipe at illegal robocalls on Tuesday, as it moved to block a voice provider from the entire U.S. phone network for the very first time.

The order by the Federal Communications Commission targets Global UC, a company that claims to serve more than 200 businesses globally with low-cost international calling services.

According to the FCC, Global UC’s unprecedented termination comes after it failed to comply with U.S. regulations aimed at countering illegal robocalls. The requirements include implementing caller ID verification technology and providing the agency with explanations about how it otherwise fights spam robocalls.

While the FCC has previously issued threats to some providers warning they could be blocked from the U.S. phone network over a repeated failure to comply, Tuesday’s action marks the first time the agency has followed through, reflecting the U.S. government’s latest escalation against illegal robocalls.

Global UC didn’t immediately respond to a request for comment.

The FCC order effectively severs Global UC’s access to the US phone network by forcing other US voice providers to stop doing business with the target company, prohibiting the other providers from accepting phone traffic from Global UC.

Previously, an FCC official has told CNN that depending on how a voice provider’s business may be configured, such an order could amount to an effective death sentence for the company, because a provider that cannot send or receive calls to others in the network may be unable to stay afloat.

“This is a novel way to stop robocalls and it’s one we are going to keep using until we get this junk off the line,” said FCC Chairwoman Jessica Rosenworcel in a statement.

According to its website, Global UC is a subsidiary of a global firm with six subsidiaries and millions of subscribers around the world.