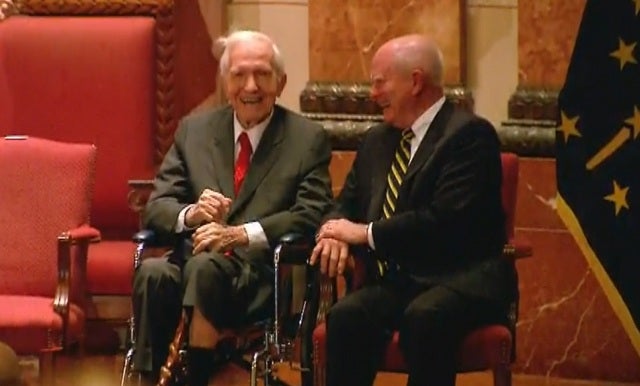 Governor Ed Whitcomb was a great man whose life of courage, service and adventure inspired generations of Hoosiers and he will be deeply missed. Governor Whitcomb was a treasure to our state and I mark his passing with a sense of personal loss as will thousands of Hoosiers whose lives were touched by this remarkable leader.

Pence ordered that flags be flown at half staff for one week to mark Whitcomb’s death.