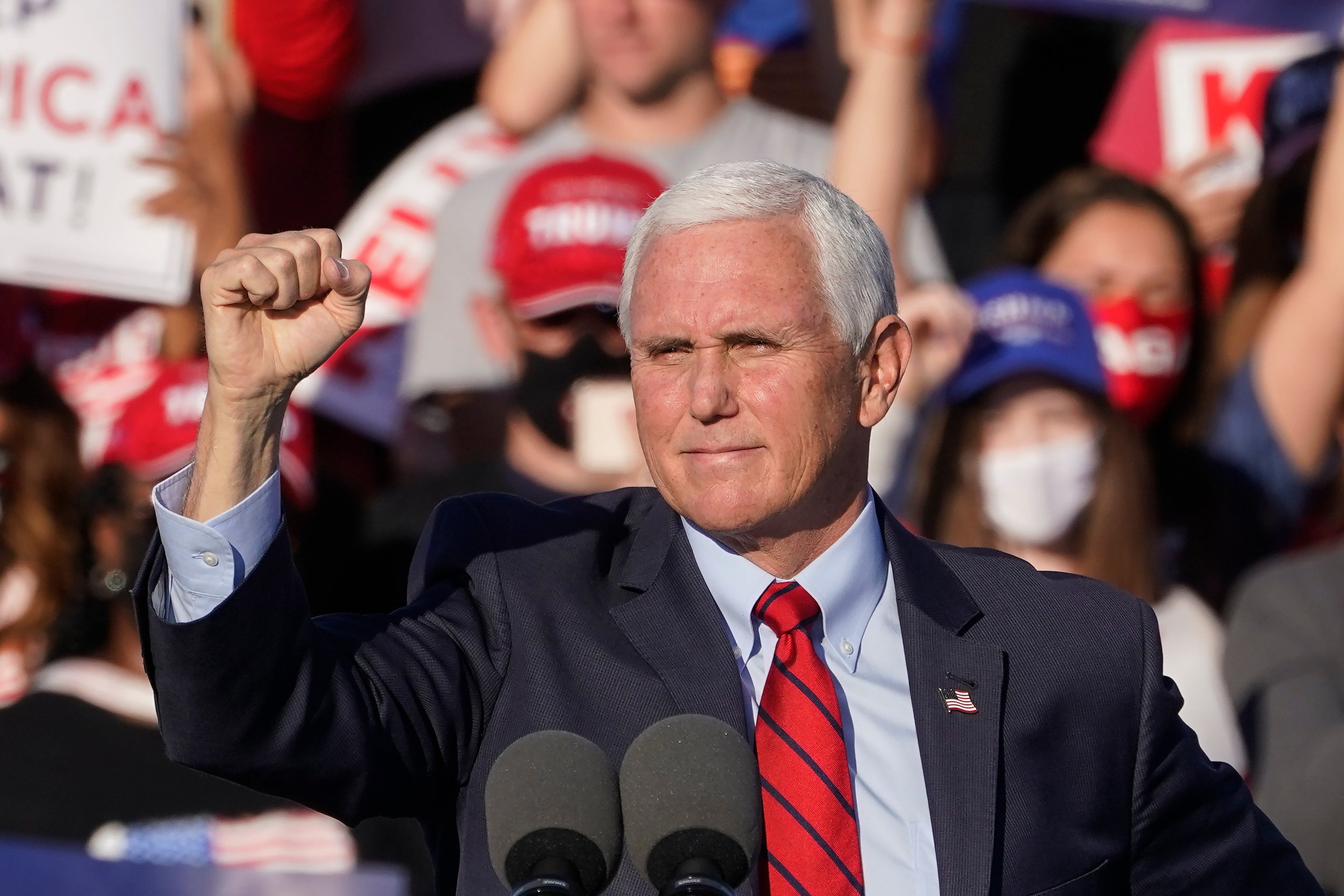 Pence was returning Thursday for events in Columbus, on the state’s western edge, and Macon, in middle Georgia, to support Republican Sens. David Perdue and Kelly Loeffler before runoff elections on Jan. 5 that will determine control of the Senate.

The vice president has previously stopped in Augusta in the east, Savannah on the coast and the north Georgia cities of Gainesville and Canton, in the far reaches of metro Atlanta’s exurbs. President Donald Trump rounded out the map with a Dec. 5 rally in Valdosta, in south Georgia.

The anywhere-but-Atlanta strategy is a window into Georgia’s new political geography that put the state this year in the Democrats’ presidential win column for the first time since 1992.

Democrats dominate in the urban areas and in nearby suburbs. Republicans are increasingly dependent on high turnout in rural parts, small towns and small cities.

“The fact is they’re going to places where Republicans have the best margins, trying to energize their voters,” said Brian Robinson, a GOP strategist in Georgia. He noted that the events get statewide media coverage and, therefore, still reach Atlanta-area voters.

“In some of these rural counties, Perdue and Loeffler really need to hit 80-plus percent” of the vote, Robinson said, “and they need to juice the turnout in those counties as much as they can.”

Biden came to Georgia on Tuesday for a rally within a few miles of downtown Atlanta in support of Democratic candidates Jon Ossoff and Raphael Warnock. Democrats came out with a new ad Thursday that has Biden speaking directly into the camera about how much he needs a Democratic Senate majority to help fight the coronavirus pandemic.

A win by either Perdue or Loeffler would keep the Senate in GOP hands. A sweep by Ossoff and Warnock would yield a 50-50 split in the upper chamber, giving the tiebreaking vote to Vice President-elect Kamala Harris.

“On Day One as your president, I’m prepared to sign a COVID relief package that fully funds the public health response needed, led by Georgia’s own CDC,” Biden says in the ad. “It will ensure free testing and vaccination for every American and will get small businesses the assistance they need right now. Let me be clear, I need Raphael Warnock and Jon Ossoff in the United States Senate to get this done.”

On Pence’s earlier trips, he has cited Perdue and Loeffler as the last line of defense to preserve work done under the outgoing Trump administration. Pence has stopped short of explicitly conceding that he and Trump lost the election.

Tim Phillips, president of the conservative political advocacy group Americans for Prosperity, described two tracks of the Republican electorate: voters who identify more with Trump’s brand of populism and voters who fit more traditional GOP molds — a group that includes both Trump loyalists and Republicans who are uneasy with or dislike the president.

The first group dominates in small-town and rural Georgia, and it’s an important component of maximizing Republicans’ votes in the exurbs that ring the Atlanta metro area. That Trump-aligned faction also anchors Republican support around the Democratic cores of Georgia’s midsize cities such as Columbus, Augusta and Savannah.

That’s why Trump visited Valdosta, near the Florida state line, and drew supporters from across south Georgia, and why Pence’s trips have included Savannah and Macon to attract non-metro-Atlanta crowds, and Canton and Gainesville to hit the periphery of the metropolitan area.

In a battleground like Georgia, Phillips said, it takes strong turnout across all those slices to make a victorious Republican coalition, before even beginning to account for swing voters who are more common in the close-in suburbs of Atlanta.

In 2014, Perdue won his first Senate term with a comfortable statewide margin of 198,000 votes over Democrat Michelle Nunn. Across the heavily Republican areas of north Georgia, beyond Gainesville, where he campaigned with Pence last month, Perdue consistently won as much as 75% of the vote. In Lowndes County, where Trump visited this month, Perdue won 12,513 votes, good for 58%.

In November, Perdue pushed his margins across many of the north Georgia counties to 80%. His raw vote total in Lowndes County spiked to 25,620. But despite all those gains, he led Ossoff by only 88,000 votes and failed to reach the outright majority required to avoid a runoff.