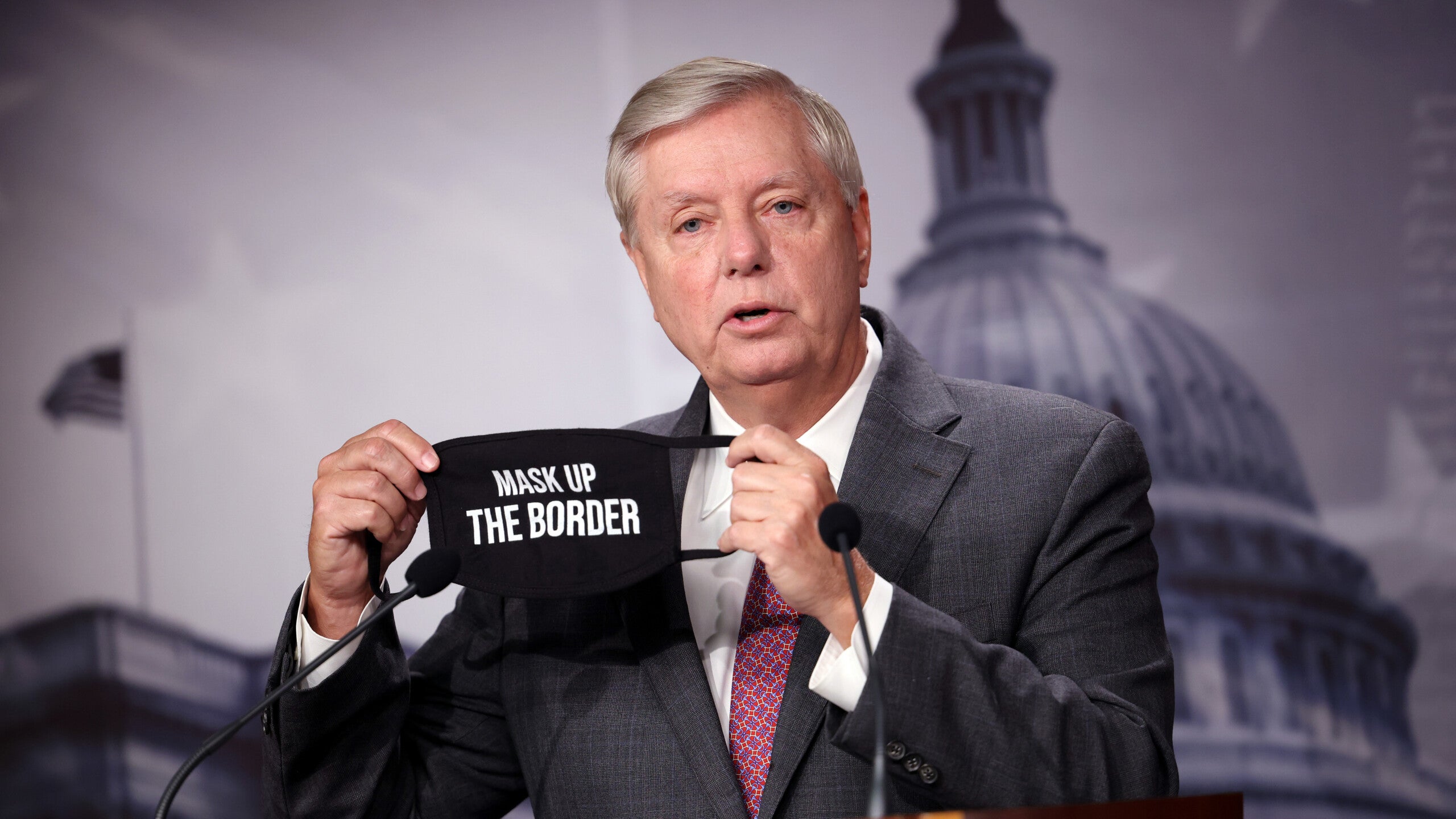 (CNN) — Republican Sen. Lindsey Graham of South Carolina announced Monday that he has tested positive for COVID-19 despite being vaccinated and has experienced “flu-like symptoms,” but said that he now has only “mild symptoms” and is very glad he had been vaccinated because “without vaccination I am certain I would not feel as well as I do now.”

“I was just informed by the House physician I have tested positive for #COVID19 even after being vaccinated. I started having flu-like symptoms Saturday night and went to the doctor this morning,” he tweeted.

Graham wrote in a follow-up tweet, “I feel like I have a sinus infection and at present time I have mild symptoms. I will be quarantining for ten days. I am very glad I was vaccinated because without vaccination I am certain I would not feel as well as I do now. My symptoms would be far worse.”

Graham, before he got his results, was in the Senate on Monday morning, according to people who talked to him. He was wearing a mask at the time.

West Virginia Democratic Sen. Joe Manchin entertained a small group of senators on his houseboat over the weekend — and Graham was in attendance, according to a source with knowledge of the situation.

Manchin’s office declined to comment on the attendance on his boat.

“Sen. Manchin is fully vaccinated and following the CDC guidelines for those exposed to a COVID-positive individual,” Manchin spokeswoman Sam Runyon told CNN in a statement.

The news of Graham’s Covid diagnosis comes at a precarious legislative time in the Senate as lawmakers race to try to pass a bipartisan infrastructure bill with a narrow margin of error and just days before the chamber’s August recess is slated to start — though Senate leadership can cancel or delay when recess begins.

Breakthrough infections remain rare and more than 99.99% of people fully vaccinated against COVID-19 have not had a breakthrough case resulting in hospitalization or death, according to data from the U.S. Centers for Disease Control and Prevention.

The announcement from Graham comes amid the spread of the delta variant of COVID-19, which has prompted the recommendation of new safety guidelines.

The CDC recently changed its masking recommendations as it grows more concerned over the delta variant, urging vaccinated people in certain areas of the country to resume wearing masks indoors in public areas.

The US House reinstated its mask mandate last week. The attending physician for Congress has also advised Senate leaders that it is recommended to wear masks in indoor spaces when other individuals are present, according to a letter obtained by CNN. Almost all Democratic senators have been seen by CNN wearing masks again.

Asked last week if he plans to wear a mask amid new CDC guidance, Senate Minority Leader Mitch McConnell did not respond as he walked to the floor.

The White House wished Graham a “speedy recovery” after the news of his diagnosis.

“We certainly do hope that Sen. Graham has a speedy recovery and his, his experiences mild symptoms and you know we wish him the best of health through that,” White House press secretary Jen Psaki said at a briefing on Monday.

Psaki also stressed that “every single piece of available evidence shows that breakthrough infections are rare and mild,” citing a “range of data.”