Here’s what’s in the Biden and GOP stimulus proposals 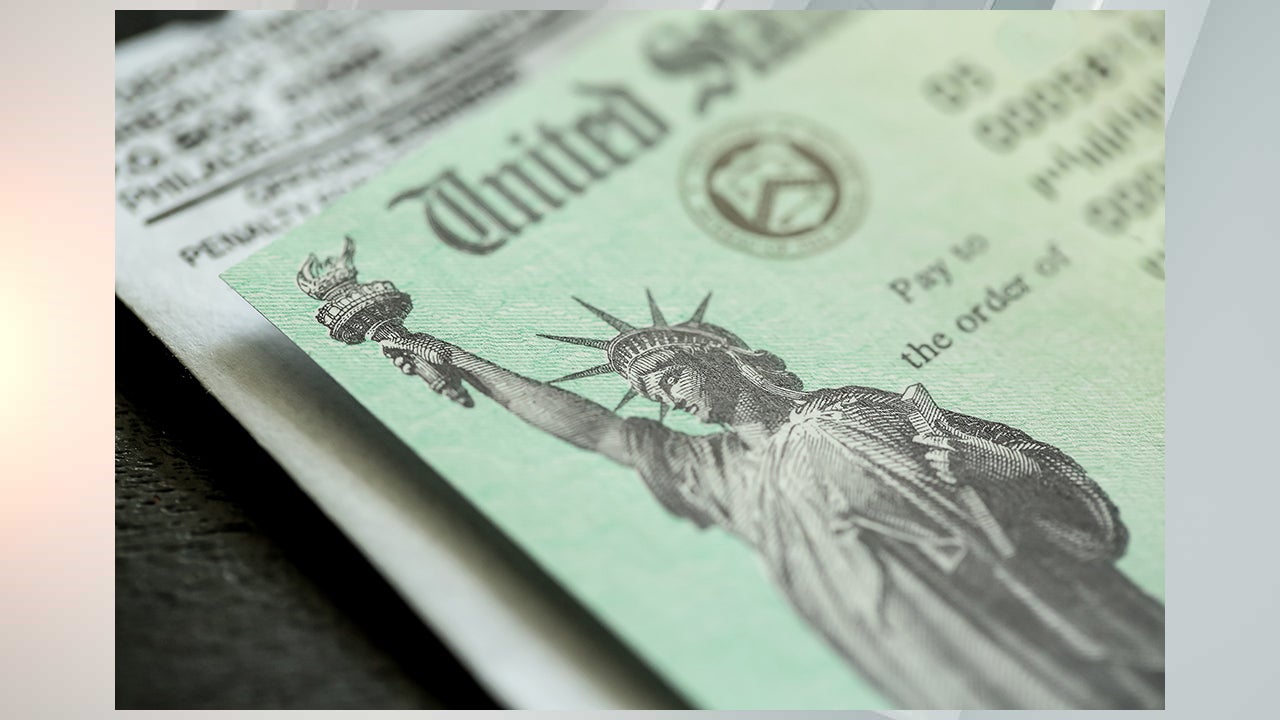 (CNN) — President Joe Biden and a group of 10 Republican senators have very different ideas for the next coronavirus relief bill.

The president last month outlined a $1.9 trillion package that included a wide range of immediate assistance for struggling families, such as $1,400 stimulus checks and extended unemployment, nutrition and eviction aid, and longer-term changes, such as a $15 hourly minimum wage.

But the measure immediately ran into resistance from Republicans on Capitol Hill. In response, a group of 10 senators on Sunday released their own roughly $618 billion relief proposal — less than one-third the size of the president’s. They provided a chart detailing the cost of their plan on Monday morning.

The senators are scheduled to meet with Biden on Monday afternoon to discuss their plan.

Meanwhile, Democratic Senate leaders are preparing to trigger a controversial budget procedure known as reconciliation that would allow them to pass Biden’s rescue package without Republican support.

Here’s what we know so far about the differences between the two packages.

Both parties have traded proposals on stimulus checks. Democrats favor giving eligible Americans a top-up to $2,000, while Republicans are offering slightly less and want to lower the income range of those who would qualify.

Biden’s plan would cost $465 billion, according to the non-partisan Committee for a Responsible Federal Budget, while the Republicans say their measure would cost an estimated $220 billion.

Biden: The president’s plan calls for sending another $1,400 per person to eligible recipients. This money would be in addition to the $600 payments that were approved by Congress in December — for a total of $2,000.

The payments will phase out entirely at $87,000 for single filers without children and $174,000 for those married filing jointly without children, according to an analysis by the Tax Foundation.

The new payments would go to adult dependents that were left out of the earlier rounds, like some children over the age of 17. It would also include households with mixed immigration status, after the first round of $1,200 checks left out the spouses of undocumented immigrants who do not have Social Security numbers.

This is another big point of difference. The president is proposing extending benefits through September, while Republicans — who have consistently expressed concerns that making unemployment benefits too generous will dissuade people from getting back into the job market — are suggesting extending support only through June. Biden’s plan would cost $350 billion, according to the committee, while the senators say their proposal would cost $132 billion.

Biden: The president would increase the federal boost the jobless receive to $400 a week, from the $300 weekly enhancement contained in Congress’ relief package from December.

He would also extend the payments, along with two key pandemic unemployment programs, through September. This applies to those in the Pandemic Emergency Unemployment Compensation program who have exhausted their regular state jobless payments and in the Pandemic Unemployment Assistance program, which provides benefits to the self-employed, independent contractors, gig workers and certain people affected by the pandemic.

Lawmakers only provided an additional 11 weeks of support in the December package, which will last until March.

GOP: The GOP proposal would extend the $300 weekly benefit through June 30. It would also provide $2 billion to states to improve their technology.

Both plans would provide $160 billion to fight the virus.

It would also fund the hiring of 100,000 public health workers, nearly tripling the community health workforce. It would address health disparities by expanding community health centers and health services on tribal lands. And it would provide support to long-term care facilities experiencing outbreaks and to prisons for mitigation strategies.

GOP: The Republicans’ proposal calls for providing the same amount to battle the pandemic. It would fund a National Vaccine Program, expansion of testing, a disaster relief fund and personal protective equipment for first responders, independent physician offices and dentists.

It would also provide $15 billion to replenish the National Strategic Stockpile and inject $35 billion to the provider relief fund, which reimburses hospitals and health care providers for coronavirus-related expenses and revenue losses.

The two plans are similar when it comes to extending food stamp benefits. Biden’s package does not put a price tag on this provision, but the Republicans say their plan would cost $12 billion.

Biden: The president would extend the 15% increase in food stamp benefits through September, instead of having it expire in June. He would invest another $3 billion to help women, infants and children secure food, and give US territories $1 billion in nutrition assistance. And he would partner with restaurants to provide food to needy Americans and jobs to laid-off restaurant workers.

GOP: The senators would also extend enhanced food stamp benefits through September as well as provide $3 billion for WIC funding.

Both plans would funnel about $50 billion into small business assistance but through different programs.

It also proposes making a $35 billion investment in some state, local, tribal and non-profit financing programs that make low-interest loans and provide venture capital to entrepreneurs.

Biden, who has made reopening in-person programs a top priority, is offering far more money to pay for upgrades that teachers and districts say are needed to return safely.

Biden: The president would provide a total of $170 billion more to K-12 schools, colleges and universities to help them reopen and operate safely or to facilitate remote learning.

It would provide $130 billion for schools to reopen and for districts to meet students’ academic, social, emotional and mental health needs. Another $35 billion would go to public colleges, including community colleges, and public and private historically black and minority-serving institutions. And it would provide governors with $5 billion to support the hardest hit educational programs, from early childhood to K-12 to higher education.

Congress approved $82 billion in aid for schools in December.

GOP: The Republicans would provide $20 billion for getting K-12 students back to school.

Both plans call for spending billions on child care.

Biden: The president’s plan calls on Congress to create a $25 billion emergency fund to help child care providers in danger of closing and to assist those have shut their doors to reopen. It will help pay for rent, utilities and payroll, as well as coronavirus protection measures.

Biden’s package would also add $15 billion to the existing child care and development block grant program, which provides federal assistance to help low-income families who are working or taking classes pay for child care. The provision aims to help parents struggling to pay for care and to assist women in returning to the workforce, who have left in disproportionate numbers to take care of their children.

It also proposes expanding the child care tax credit for one year so that families will get back as much as half of their spending on child care for children under age 13.

Both plans would increase funding for mental health services by the same amount.

GOP: The senators would also increase funding for behavioral health services by $4 billion.

What else is in the Biden plan

Republicans have not yet released the full details of their plan, but here’s what else was in Biden’s proposal.

The president would provide $25 billion in rental assistance for low- and moderate-income households who have lost jobs during the pandemic. That’s in addition to the $25 billion lawmakers provided in December.

Another $5 billion would be set aside to help struggling renters pay their utility bills. Biden is also calling for $5 billion to help states and localities assist those at risk of experiencing homelessness.

The plan would extend the federal eviction moratorium, which was to expire at the end of January, to September 30, as well as allow people with federally-guaranteed mortgages to apply for forbearance until September 30.

Biden subsequently issued an executive action extending the duration of the Centers for Disease Control and Prevention eviction protection, which now lasts until March 31.

Asked during a call with reporters whether states could use the funds to offset declines in tax revenue spurred by the pandemic, a senior Biden administration official did not clarify. The aid is intended to be flexible, an official told CNN later.

Additional assistance to states has been among the most controversial elements of the congressional rescue packages, with Democrats looking to add to the $150 billion in the March legislation and Republicans resisting such efforts. The December package ultimately dropped an initial call to include $160 billion.

Biden’s plan would also give $20 billion to the hardest-hit public transit agencies to help avert layoffs and the cutting of routes.

A temporary increase in tax credits

Biden wants to boost the child tax credit to $3,600 for children under age 6 and $3,000 for those between ages 6 and 17 for a year. The credit would also be made fully refundable. This would cost $120 billion, according to the Committee for a Responsible Federal Budget.

And he proposes to raise the maximum Earned Income Tax Credit for a year to close to $1,500 for childless adults, increase the income limit for the credit to about $21,000 and expand the age range of eligibility to cover older workers.

Both of these are aimed at supporting low-income families, including millions of essential workers.

Biden is also calling on Congress to subsidize through September the premiums of those who lost their work-based health insurance.

He wants to increase and expand the Affordable Care Act’s premium subsidies so that enrollees don’t have to pay more than 8.5% of their income for coverage — which is also one of his campaign promises. (The law is facing a challenge from Republican-led states that is currently before the Supreme Court.)

Also, he wants Congress to provide $20 billion to meet the health care needs of veterans.

The president’s plan would reinstate the paid sick and family leave benefits that expired at the end of December until September 30.

It would extend the benefit to workers employed at businesses with more than 500 employees and less than 50, as well as federal workers who were excluded from the original program.

Under Biden’s proposal, people who are sick or quarantining, or caring for a child whose school is closed, will receive 14 weeks of paid leave. The government will reimburse employers with fewer than 500 workers for the full cost of providing the leave.

Biden is calling on Congress to raise the minimum wage to $15 an hour and to end the tipped minimum wage and the sub-minimum wage for people with disabilities.