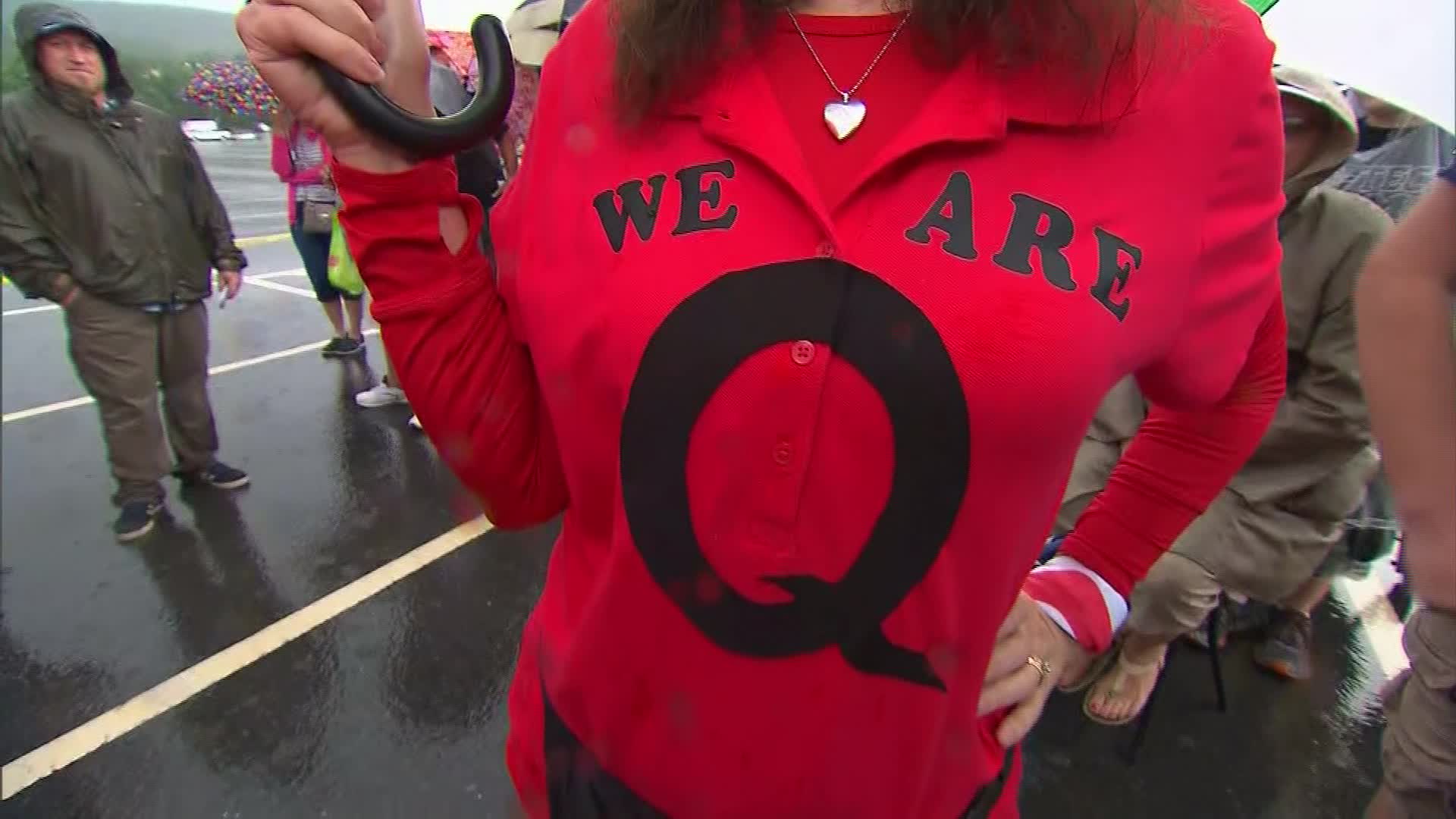 (CNN) — Democratic Rep. Tom Malinowski and Republican Rep. Denver Riggleman on Tuesday introduced a bipartisan resolution in the US House to condemn QAnon, which has increasingly started to take hold in mainstream politics after originating as a fringe conspiracy theory on the internet.

The resolution “condemns QAnon and rejects the conspiracy theories it promotes,” according to a draft released by Malinowski’s office.

The symbolic move comes as a few Republican candidates for Congress have appeared to embrace the fringe conspiracy theory.

QAnon’s prevailing conspiracy theories — none based in fact — claim that dozens of Satan-worshipping politicians and A-list celebrities work in tandem with governments around the globe to engage in child sex abuse. The group also peddles in conspiracies about coronavirus and mass shootings — none grounded in reality. Followers also believe there is a “deep state” effort to annihilate President Donald Trump.

The FBI has labeled QAnon a domestic terror threat.

The bipartisan House resolution encourages the FBI and law enforcement to “strengthen their focus on preventing violence, threats, harassment, and other criminal activity by extremists motivated by fringe political conspiracy theories.”

The resolution also urges Americans, regardless of party, to seek information from “authoritative sources, and to engage in political debate from a common factual foundation.”

In a tweet Tuesday, Malinowski said their aim is a “fully bipartisan Congressional repudiation of this dangerous, anti-Semitic, conspiracy-mongering cult that the FBI says is radicalizing Americans to violence.”

“Conspiracy theories that falsely blame secret cabals and marginalized groups for the problems of society have long fueled prejudice, violence and terrorism,” he said in a statement Tuesday. “It’s time for us to come together across party lines to say that QAnon has no place in our nation’s political discourse.”

Riggleman called QAnon and the conspiracy theories it promotes “a danger and a threat that has no place in our country’s politics.”

“I condemn this movement and urge all Americans to join me in taking this step to exclude them and other extreme conspiracy theories from the national discourse,” Riggleman said the statement.

Although the legislation is largely symbolic, it does provide Republican lawmakers with an opportunity to denounce a movement that’s increasingly gaining currency in their party and Trump.

Last week, Trump embraced followers of the fringe group, praising them for supporting him and shrugging off its outlandish conspiracies, while Vice President Mike Pence dismissed the group when asked about it by CNN.

Another House Republican — Rep. Adam Kinzinger of Illinois — has also forcefully spoken out against QAnon, arguing that the conspiracy has no place in Congress.

House Minority Leader Kevin McCarthy told Fox News last week that “there is no place for QAnon in the Republican Party” and claimed that Georgia GOP candidate Marjorie Taylor Greene, who has a history of incendiary rhetoric and promoted QAnon, had disavowed the conspiracy theory.