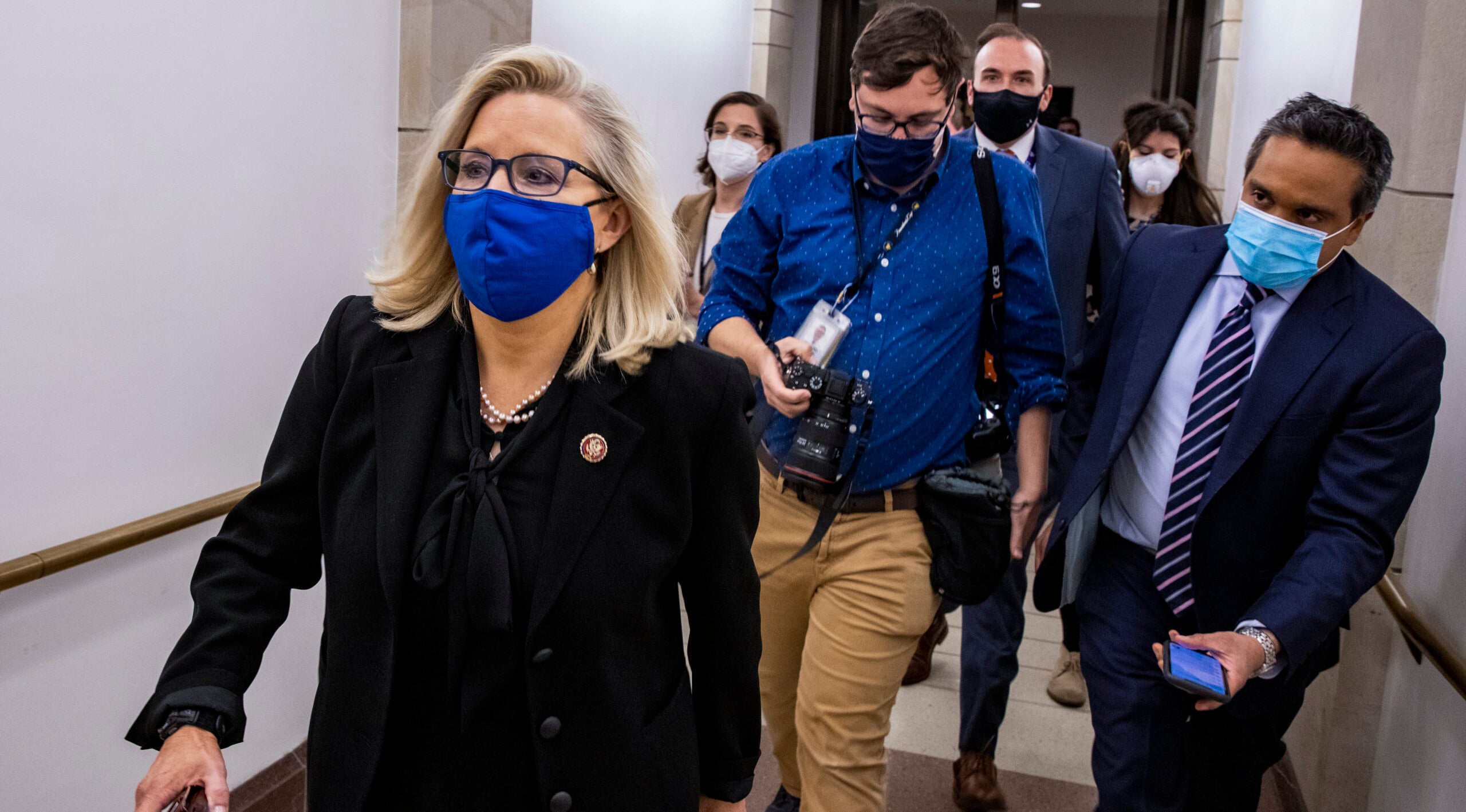 (CNN) — House Republicans voted Wednesday night that Rep. Liz Cheney should keep her post in House GOP leadership after she defended her support for impeachment as a vote of conscience during a contentious closed-door GOP conference meeting, a source with knowledge of the process told CNN.

Cheney was one of a handful of House Republicans to cross party lines and vote to impeach former President Donald Trump for inciting the insurrection at the U.S. Capitol that left five people dead.

Cheney delivered an 8-minute speech near the beginning of the meeting, two people in the room said, offering what was described as a calm yet firm defense of the Constitution. She did not apologize during her remarks.

Cheney also told members that she wanted a vote to be called on her leadership status, which was interpreted by some in the room as an act of confidence in her standing with a broader cross-section of Republicans, the majority of which did not air their grievances toward her.

House GOP leader Kevin McCarthy and Minority Whip Steve Scalise both said they support Cheney, according to a person in the room.

Cheney also fielded several contentious questions and comments from Trump loyalists, a person in the room said, including Rep. Scott Perry of Pennsylvania, who bluntly said she “aided and comforted the enemy.” Rep. Darryl Issa of California asked Cheney if they kept her in leadership, whether she would do it again. Rep. Matt Rosendale of Montana engaged in a fiery exchange with her, a person in the room said, speaking loudly and angrily at Cheney.

But the anger was not all aimed at Cheney. Rep. Adam Kinzinger of Illinois, who also voted in favor of impeachment, voiced criticism of McCarthy during the meeting.

Cheney issued a scathing statement ahead of the House impeachment vote condemning Trump’s conduct, saying that he “summoned this mob, assembled the mob, and lit the flame of this attack,” and “there has never been a greater betrayal by a President of the United States of his office and his oath to the Constitution.”

Some prominent Republicans have defended Cheney, including Senate Minority Leader Mitch McConnell, but her vote has triggered a divisive intra-party battle and ahead of the meeting, there are other Republicans who want Cheney to express remorse for her comments over her impeachment vote.

“If she apologizes, not for her votes but for the words she used and the way she handled it, then she’s fine,” said one top House Republican member who asked not to be identified. “If she’s angry and defiant, then half the conference will be against her. How does she stay on at that point?”

House Republicans are at a major crossroads as tensions simmer over Cheney and Rep. Marjorie Taylor Greene of Georgia, and the conference faces pressure to chart a path forward in the aftermath of the Trump presidency.

Shortly before the meeting began, McCarthy released a statement, in which he condemned Greene’s comments, but did not include any new repercussions for Greene and spent more time criticizing Democrats than the Georgia congresswoman’s past comments that have created the backlash.

Ahead of the meeting, Cheney had been moving behind the scenes to shore up support in the face of criticism — and her defenders are confident she will have the backing she needs to fend off any challenge to her leadership post as House Republican conference chair.

One member of GOP leadership said he expected the leadership team to close ranks behind Cheney on Wednesday, including McCarthy.

Multiple GOP members said it’s unclear if McCarthy will allow the conference to vote Wednesday afternoon on whether to keep Cheney in leadership.

Ahead of the meeting where her leadership position is expected to be a subject of contentious debate, Cheney walked out of McCarthy’s office. Asked if she thought there would be a vote Wednesday afternoon to strip her from the spot, Cheney declined to comment to CNN and said she would speak later.

Rep. Jim Banks, who chairs the conservative Republican Study Committee, told CNN that Cheney has spoken to virtually all House Republicans ahead of the meeting.

“Well she’s making a lot of efforts to talk to, I mean she’s reached out to almost every member of the Republican conference,” Banks said.

Asked if he would vote for her to say in leadership, he said it would be “speculative” and hoped a vote could be avoided.

“While I’m disappointed in some things that Liz has said as a supporter and friend of hers, ally of hers, I’m still disappointed by things that she said and at the 4 o’clock she has an opportunity to addresses those issues,” he said, referring to the expected conference meeting time.

It’s still uncertain if there will be a vote Wednesday afternoon to oust Cheney from the spot. McCarthy has the power to schedule a vote — something he may do simply to take the issue off the table. Otherwise, Cheney detractors could try to force a vote on their own — and that process will take much longer to play out.

“The House should do what the House chooses to do,” freshman Sen. Cynthia Lummis told reporters, refusing to offer any support to fellow Wyoming Republican Cheney.

Rep. Tom Reed of New York said he had spoken with Cheney and noted that he’s willing to defend her during the conference meeting.

“So I told her that I will be a voice to say, ‘Hey, guys, you know we don’t purge our fellow members. That is not something we do. We are, as Republicans, we are a family, we air our differences, we settle it in the conference chamber just like I do with my loving older brothers and sisters, and we come out of it united,'” he said.

Cheney told CNN earlier on Wednesday ahead of the meeting that she is ready to have an internal discussion about the future of her leadership position with the party.

“We’ll have the discussion internally at the conference,” Cheney said.