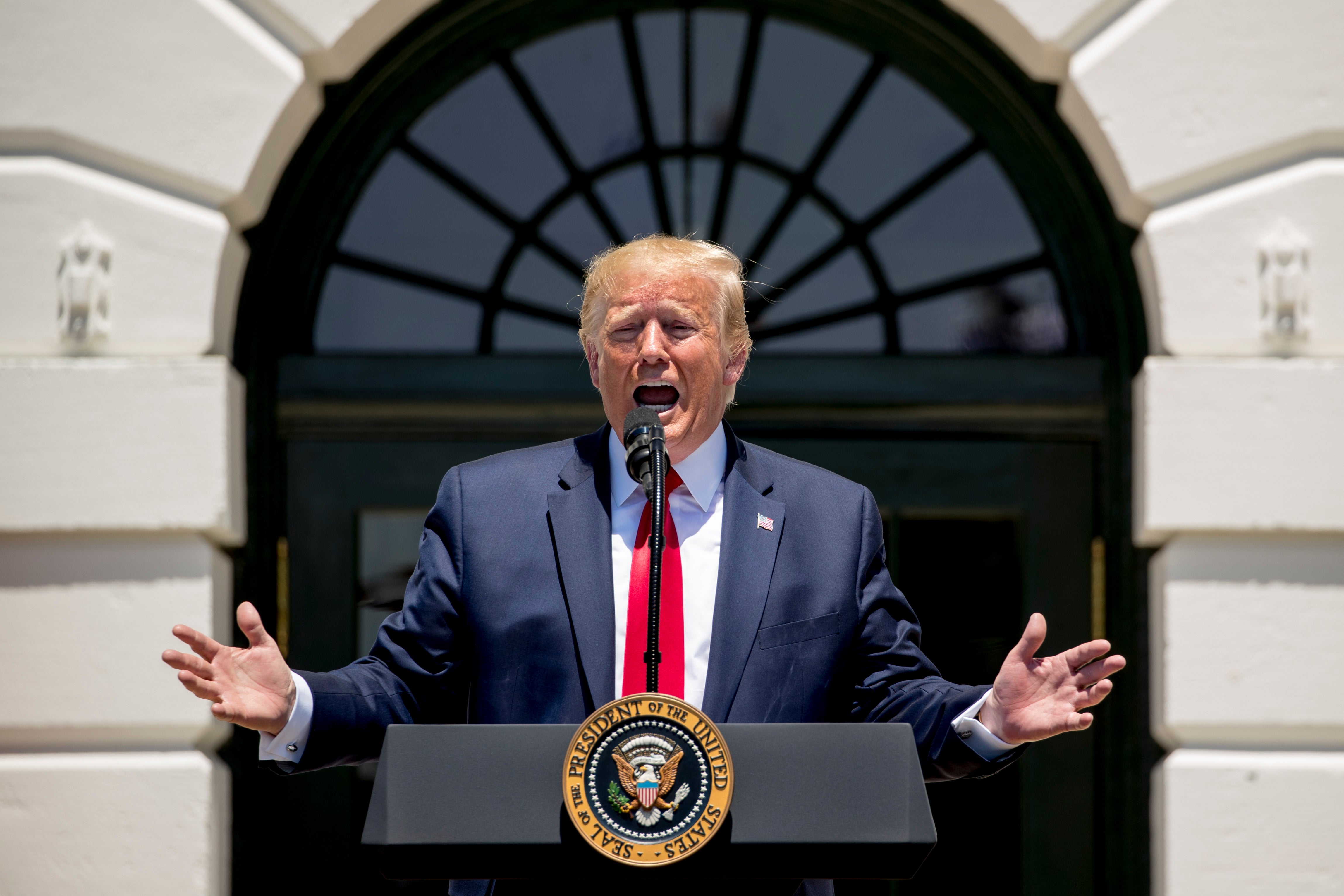 WASHINGTON (WISH/AP) — Indiana’s two congresswomen are among Republicans who called out President Donald Trump on Monday for saying over the weekend that four women of color in Congress should “go back” to the countries they came from.

She said in a statement, “As Americans, there is more that unites us that divides us. The President’s remarks to my colleagues across the aisle are inappropriate and do not reflect American values. ALL of our elected officials need to raise their level of civility in order to address the serious issues facing the county.”

Brooks recently announced she will not be seeking a fifth two-year term in the House of Representatives in 2020.

Indiana’s other congresswoman, Rep. Jackie Walorski, represents the Second Congressional District, which extends from Peru to the northern Indiana cities of South Bend, Elkhart and LaPorte.

Walorski said in tweets: “As Americans, we can disagree on fundamental issues and condemn radical ideas without resorting to personal attacks on our fellow citizens. In order to find commonsense solutions to the challenges people face, both parties need to put aside divisive rhetoric and engage in a civil debate that reflects our nation’s values.”

Walorski’s tweet did not mention Trump by name. She is also serving her fourth two-year term in the House.

Indiana’s two congresswoman joined some House Republicans and several GOP senators who said Trump had gone too far. It’s unclear if the president would suffer any real rebuke.

On Sunday morning, Trump tweeted that the “‘Progressive’ Democrat Congresswomen” should “go back” and help fix the “broken and crime infested” countries they came from and then come back and “show us how it is done.”

Trump appeared almost certainly to be referring to the four new lawmakers — Rep. Alexandria Ocasio-Cortez, D-N.Y., Ilhan Omar-D-Minn., Ayanna Pressley, D-Mass., Rashida Tlaib, D-Mich. — who are among the most outspoken against Trump administration policies and have made headlines in their ongoing divisions with House Speaker Nancy Pelosi. They all support impeachment. Three of them were born in the United States and Omar is a refugee from Somalia.

RELATED: Leave the US, Trump tells Democratic congresswomen of color | Trump digs in amid censure of racist tweets about lawmakers

By Monday, as the White House sought to smooth Trump’s tweets, the president doubled-down and said it was up to the women to apologize for “their horrible & disgusting actions!”

Sen. Susan Collins, the Maine Republican who faces a potentially tough reelection alongside Trump in 2020, called the president’s comment “way over the line.” While Collins said she disagrees “strongly” with many of the views of the “far-left” members of the House Democrats, she said the president’s tweets should be removed.

“There is no excuse for the president’s spiteful comments — they were absolutely unacceptable and this needs to stop,” said Sen. Lisa Murkowski, a moderate Republican from Alaska.

Said Rep. Mike Turner, an Ohio Republican, said the president’s tweets were “racist” and Trump should apologize. “We must work as a country to rise above hate, not enable it,” said the nine-term congressman.

The criticisms of Trump were coming initially from rank-and-file lawmakers, not Republican leaders. House Minority Leader Kevin McCarthy and Senate Majority Leader Mitch McConnell had yet to comment.

Time and again Republicans in Congress have been unwilling to fully confront Trump, more wary of enduring a backlash from the president than standing up for what have been considered the norms of civility in political rhetoric.

Even when voicing their concerns, Republicans did so carefully. Many of their statements included criticism of the four Democrats and did not fully slap back or condemn the president’s words.

It’s similar to past instances, most starkly when Trump said there were “good people” on both sides of a white supremacist neo-Nazi rally in Charlottesville, and Republicans gave mixed comments.

“You ought to be a little more concerned about the Republican brand,” said Jeff Flake, the former Arizona senator and outspoken Trump critic, in an interview with The Associated Press.

John Kasich, the former Ohio governor and one-time Trump rival for the White House, said “We all, including Republicans, need to speak out against these kinds of comments that do nothing more than divide us and create deep animosity — maybe even hatred.”

On Sunday morning, Trump tweeted that the “‘Progressive’ Democrat Congresswomen” should “go back” and help fix the “broken and crime infested” countries they came from and then come back and “show us how it is done.”

One Republican ally of Trump, Sen. Lindsey Graham of South Carolina, sought to nudge Trump to focus on their policies, even as he also called the women “anti-American.” But others took a stronger line.

Rep. Will Hurd of Texas, one of a handful of African American Republicans in Congress, said Trump’s tweets against the women lawmakers are “racist and xenophobic.”

Pennsylvania GOP Sen. Pat Toomey said in a statement, “President Trump was wrong to suggest that four left-wing congresswomen should go back to where they came from.” Toomey said their citizenship “is as valid as mine.”

The senator said while he couldn’t disagree more with the four congresswomen’s views on “virtually every policy issue… they are entitled to their opinions, however misguided they may be.”

Fellow GOP Bill Huizenga said he “strongly” disagrees with the tweets. Rep. Paul Mitchell, whose district heavily backed Trump in 2016, tweeted: “We must be better than comments like these. I share the political frustrations with some members of the other party, but these comments are beneath leaders.”