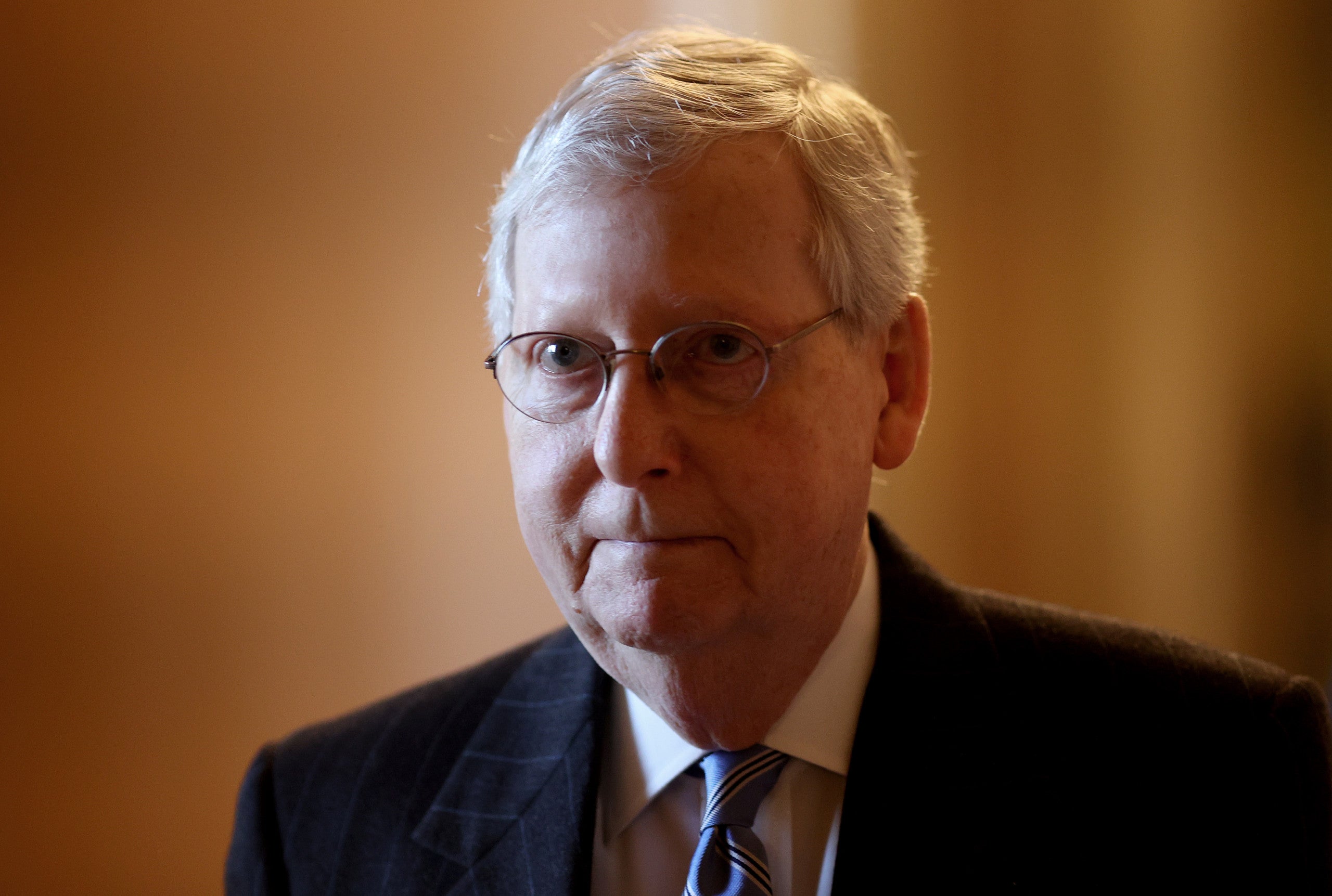 (CNN) — Senate Majority Leader Mitch McConnell has kept fellow Republicans at bay by saying Congress should wait before passing another rescue package — but that could soon change.

Publicly and privately, Republicans are signaling that they believe the Senate will have to move beginning in June on another recovery package, calls that many believe will intensify next month after senators hear concerns about the deteriorating economy in their states during next week’s Memorial Day recess.

And some are quietly urging President Donald Trump to get more involved.

Sen. Lindsey Graham, a close Trump ally and chairman of the Senate Judiciary Committee, said he’s pushing Trump to get behind a plan to pump more money into infrastructure projects — even though that idea has gotten an icy reception from McConnell so far.

“I want to do infrastructure,” Graham, a South Carolina Republican, said to CNN. “I told Trump, this is the time. We got it teed up. This is the time to go big. … It really is a once-in-a-lifetime opportunity to give a facelift to the country.”

Graham isn’t alone. Other powerful members of the Senate GOP Conference, including two committee chairmen — Sens. Roy Blunt of Missouri and Roger Wicker of Mississippi — want to move on an infrastructure package to pump money into roads, bridges and transportation projects.

“I think June doesn’t need to come and go without a phase four,” said Wicker, chairman of the Senate Commerce, Science and Transportation Committee, referring to a fourth major rescue package after nearly $3 trillion has been approved by Congress this spring alone.

“Optimistically, we might move before the Fourth of July,” said Blunt, a member of McConnell’s leadership team. “I do think we will move on phase four before the August break.”

The talk underscores the growing realization that Republicans may have to soon coalesce around a package of their own after uniting in opposition against a sweeping $3 trillion rescue plan pushed through the House last week by Speaker Nancy Pelosi, calling it a “liberal wish list.” Democrats have attacked McConnell for bringing back the Senate but not putting a new recovery bill on the floor and instead confirming Trump’s nominees, a strategy the GOP leader has defended by saying committees are doing oversight work and Washington needs to assess how emergency aid has been spent so far.

But getting unity behind a policy prescription is bound to prompt sharp GOP divisions, given some want to approve narrow changes to existing law and others want to pass another ambitious proposal touching on different aspects of the economy and give direct assistance to Americans. And some Republicans say enough is enough.

“I’ll do everything I can on my part to stop us from going further in debt by passing out money we don’t have,” said Sen. Rand Paul, a Kentucky Republican.

The debate has occurred daily for Senate Republicans over boxed lunch in the vast spaces of the Senate Hart Building.

There, Republicans have been debating ideas, including giving unemployed workers a bonus for returning to companies that reopen, giving small business owners more flexibility on how they handle forgivable loans under the Paycheck Protection Program, providing states and cities more leeway in how they spend $150 billion that’s been already approved or whether to give those governments and other distressed industries another massive bailout from Washington.

Sen. Mike Braun, a freshman Republican from Indiana, said many Republicans want to wait to see how the reopening of states affects the economy before deciding what additional stimulus is needed.

“There’s no real urgency,” Braun said. “There’s no kind of coalescing that I can see.”

But others, particularly in difficult reelection races, have become more vocal in recent days in pushing back.

Sen. Cory Gardner, who faces voters in Colorado in the fall, said Wednesday he would try to prevent the Senate from taking a recess next week because he said urgent action is now needed.

“We have an opportunity to perfect the Paycheck Protection Program, to pass legislation to help infrastructure, to create stimulus jobs, economic opportunity. We should be doing everything we can.”

Asked if he was frustrated with McConnell, Gardner said: “We need to get the job done.”

Sen. Susan Collins of Maine, locked in a competitive reelection bid, also indicated that it was time to start bipartisan talks with House Democrats over a new package.

“I would like to see us start negotiating with the House,” she said.

Collins signed onto a bipartisan bill with two other Republican senators — Cindy Hyde-Smith of Mississippi and Bill Cassidy of Louisiana — to inject $500 billion in emergency aid into states, cities and counties, a figure that’s in line with the demands of the National Governors Association.

“If we don’t provide additional aid, the consequences are going to be massive layoffs and huge reductions in services,” Collins said.

But most Republicans have thrown cold water on the idea — or pushed plans of their own.

Sen. John Kennedy, also a Louisiana Republican, convened a small group of Republicans who met with Trump at the White House earlier this month. The pitch: Kennedy’s bill to allow states and localities to use their existing federal aid on operational expenses not related to the coronavirus. It would not provide new money to states and cities.

Kennedy said Wednesday that McConnell told him he’d support the effort. But the Louisiana Republican isn’t convinced yet.

“I have learned that in DC everybody who smiles at you is not your friend, and you have to watch what people do — not what they say,” Kennedy told CNN. “That’s not directed toward Mitch (McConnell), that’s just the way it is in Washington. The bill hasn’t moved. When it’s put on the floor, I know he’s supportive.”

On Wednesday, GOP Sen. Rick Scott of Florida blocked Kennedy’s effort to set up a vote for his bill, something he’s done before.

McConnell has argued for weeks publicly and privately to his conference that accelerating another stimulus bill isn’t necessary, particularly since much of the nearly $3 trillion in federal aid hasn’t been spent, including to state and local governments. McConnell’s view is largely echoed by members who hail from states where the coronavirus impact may not have been felt like it was in places like New York or New Jersey.

“I think all of us believe we need to see how the money that has gone out so far has been spent,” Sen. John Barrasso, a Republican from Wyoming and member of McConnell’s leadership team, told CNN. “Until we have a real sense of what the real needs are, people are not feeling rushed to do something.”

But even some conservative members are eager for something now.

“My own view is I think we ought to be pushing jobs pretty hard,” Sen. Josh Hawley, a Republican from Missouri, who has proposed a plan that would in part create a refundable payroll tax rebate of up to 80% to cover payroll costs for firms affected by the crisis.

Blunt, the senior senator from his state, who is a member of the leadership team, didn’t rule out Hawley’s idea but noted that the plan is “a heavy financial commitment” and is “dramatically further” than what other countries are exploring.

But Blunt added: “Personally, I’d like to see infrastructure. I’m probably closer to where the President is on that topic than where a number of my colleagues are.”

Wicker said the Senate needs to “seriously consider putting part of the infrastructure bill” in the next phase, along with potentially providing aid to ailing industries, including tourism and restaurants.

Asked if McConnell is on board, Wicker said: “He’s coming around, but not yet.”

Many other Republicans aren’t — and are looking at narrow fixes to existing law, including to the small business Paycheck Protection Program.

The Senate may have an opportunity to act on changes to the program now that the House plans to vote next week on a narrow overhaul — namely to eliminate a rule that requires recipients of the money to use three-quarters of it on payroll costs and limit other costs to no more than 25%. The bill also would extend the eight-week period to use the money to 24 weeks. But, Republicans and Democrats have privately expressed concerns about the way the House’s bill is structured.

Sen. Joni Ernst, a Republican from Iowa who faces voters in the fall, has been supportive of her leadership’s plans to hit pause on another package and added:

“We need to be thinking — what does that next phase look like,” she said.