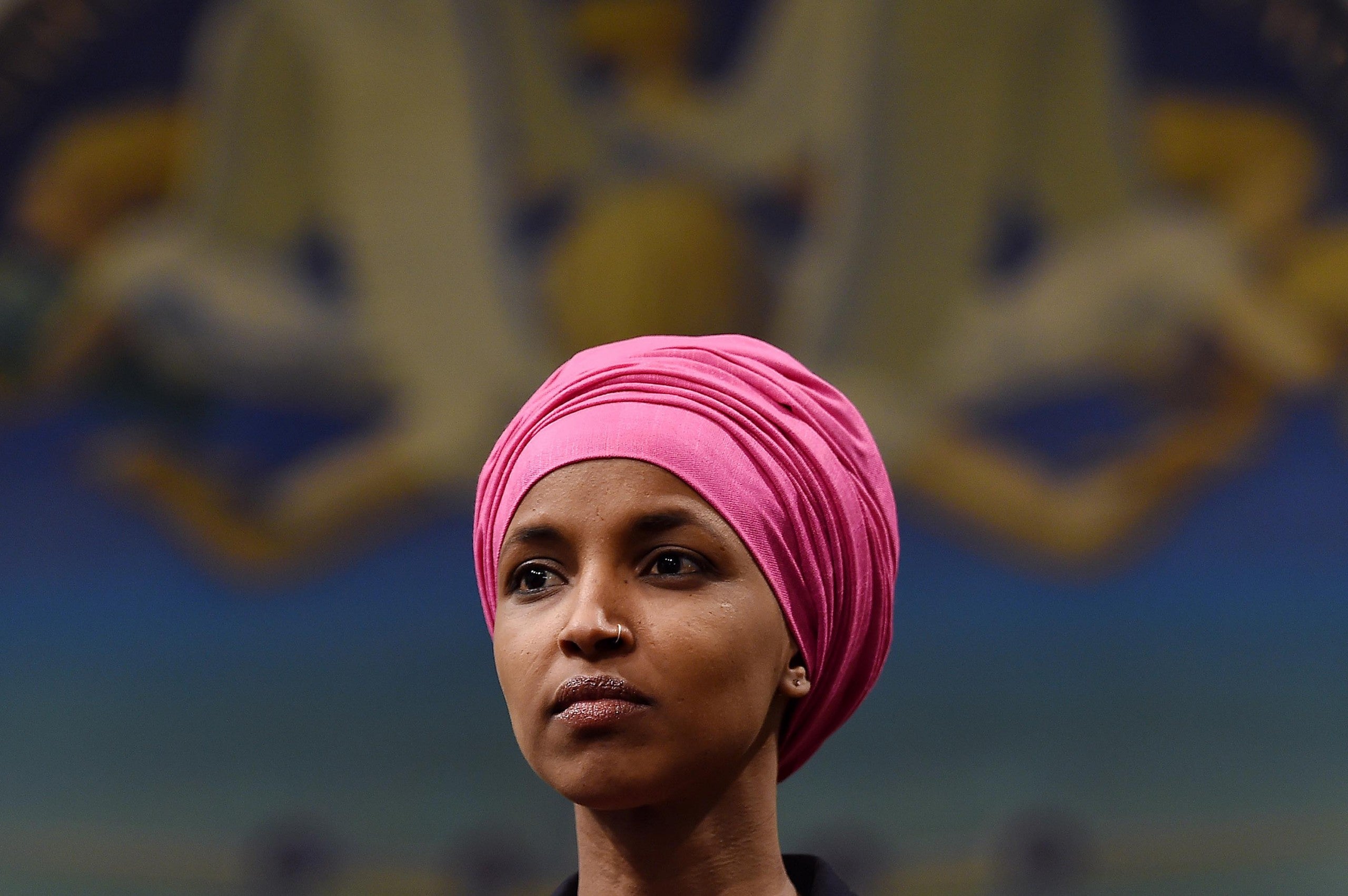 (CNN) — A group of a dozen Jewish House Democratic members is calling on fellow Rep. Ilhan Omar to “clarify her words,” after accusing her of equating the United States and Israel with the Taliban and Hamas, the Palestinian militant group designated as a terrorist organization by the United States.

Omar’s views on Israel and Palestinian rights have often put her at crossroads with fellow Democrats, and GOP members often highlight her stance to justify calls for her removal from committees. The dispute between Omar, a progressive from Minnesota, and the group of House members who pushed back on her comments underscores the fracture within the Democratic Party over Israel policy, continuing after a recent, violent dayslong conflict in the region.

Omar had tweeted Monday that “we have seen unthinkable atrocities committed by the U.S., Hamas, Israel, Afghanistan, and the Taliban.”

“We must have the same level of accountability and justice for all victims of crimes against humanity,” she wrote, including a video of her questioning Secretary of State Tony Blinken during a House hearing Monday.

On Wednesday, the group of Jewish House lawmakers, including House Judiciary Chairman Jerry Nadler, argued that “equating the United States and Israel to Hamas and the Taliban is as offensive as it is misguided.”

“Ignoring the differences between democracies governed by the rule of law and contemptible organizations that engage in terrorism at best discredits one’s intended argument and at worst reflects deep-seated prejudice,” the group said in a statement Wednesday.

They continued, “false equivalencies give cover to terrorist groups.”

In response, Omar, who is Muslim, called her colleagues’ statement “shameful” and accused them of using Islamophobic tropes.

“It’s shameful for colleagues who call me when they need my support to now put out a statement asking for ‘clarification’ and not just call. The islamophobic tropes in this statement are offensive. The constant harassment (and) silencing from the signers of this letter is unbearable,” she wrote on Twitter.

Jeremy Slevin, a spokesman for Omar, said that the congresswoman had reached out to the group ahead of their statement release to offer clarification, but calls were not returned.

Omar also shared a threatening, profanity-laced voicemail her office received, adding “every time I speak out on human rights I am inundated with death threats.”

She also said she was citing an open case in the International Criminal Court against Israel, US, Hamas and the Taliban, which she argued “isn’t comparison or from ‘deeply seated prejudice’.”

In March, the chief prosecutor at the ICC announced plans for a formal investigation into alleged war crimes by Israel in the Palestinian territories, prompting an angry response from Israeli leaders. Alleged war crimes by Palestinian militant groups like Hamas will also be investigated, but Israeli officials have said they believe the court is operating outside the scope of its mandate, questioning its de facto assertion that a Palestinian state exists under international law.

The ICC has also previously authorized an investigation into alleged war crimes and crimes against humanity committed in Afghanistan by US armed forces, the CIA and the Taliban.

Israel and the United States are not signatories to the Rome Statute which established the ICC in 2002, so the court’s investigation and any eventual ruling carry less weight.

In a House Foreign Affairs hearing Monday, Omar had asked Blinken about the Biden administration’s opposition to the ICC pursuing those investigations.

“I haven’t seen any evidence in either cases that domestic courts both can and will prosecute alleged war crimes and crimes against humanity,” Omar said to Blinken Monday, adding, “So in both of these cases, if domestic courts can’t or won’t pursue justice and we oppose the ICC, where do we think the victims of these supposed crimes can go for justice?”

Blinken replied that the US and Israel both have the mechanisms to ensure accountability in situations where there are concerns about use of force and human rights abuses. He added that the administration continues to believe that the ICC’s jurisdiction is inappropriate, absent a Security Council referral or request from the state itself.

CNN has reached out to House Speaker Nancy Pelosi’s office for comment.

In February 2019, Omar was forced to apologize after members from both parties accused her of anti-Semitism for using an anti-Semitic trope.

The Democratic Party’s position has traditionally been in support of Israel, but progressives, including Omar, have been critical of the Israeli government over its treatment of Palestinians. Omar also supported the Boycott, Divestment and Sanctions movement, a nonviolent activist campaign that aims to put economic and political pressure on Israel over its actions toward Palestinians, including calling for an end to Israeli occupation of the West Bank.

This latest dustup between Omar and her Democratic peers follows the recent conflict between Israel and Hamas-led militants in Gaza. Israel and Hamas agreed to a ceasefire on May 20, after more than a week of violent conflict that left hundreds dead, most of them Palestinians.

Following the violence in the Middle East region, the number of reported anti-Semitic incidents more than doubled in May compared to last year, according to the Anti-Defamation League.