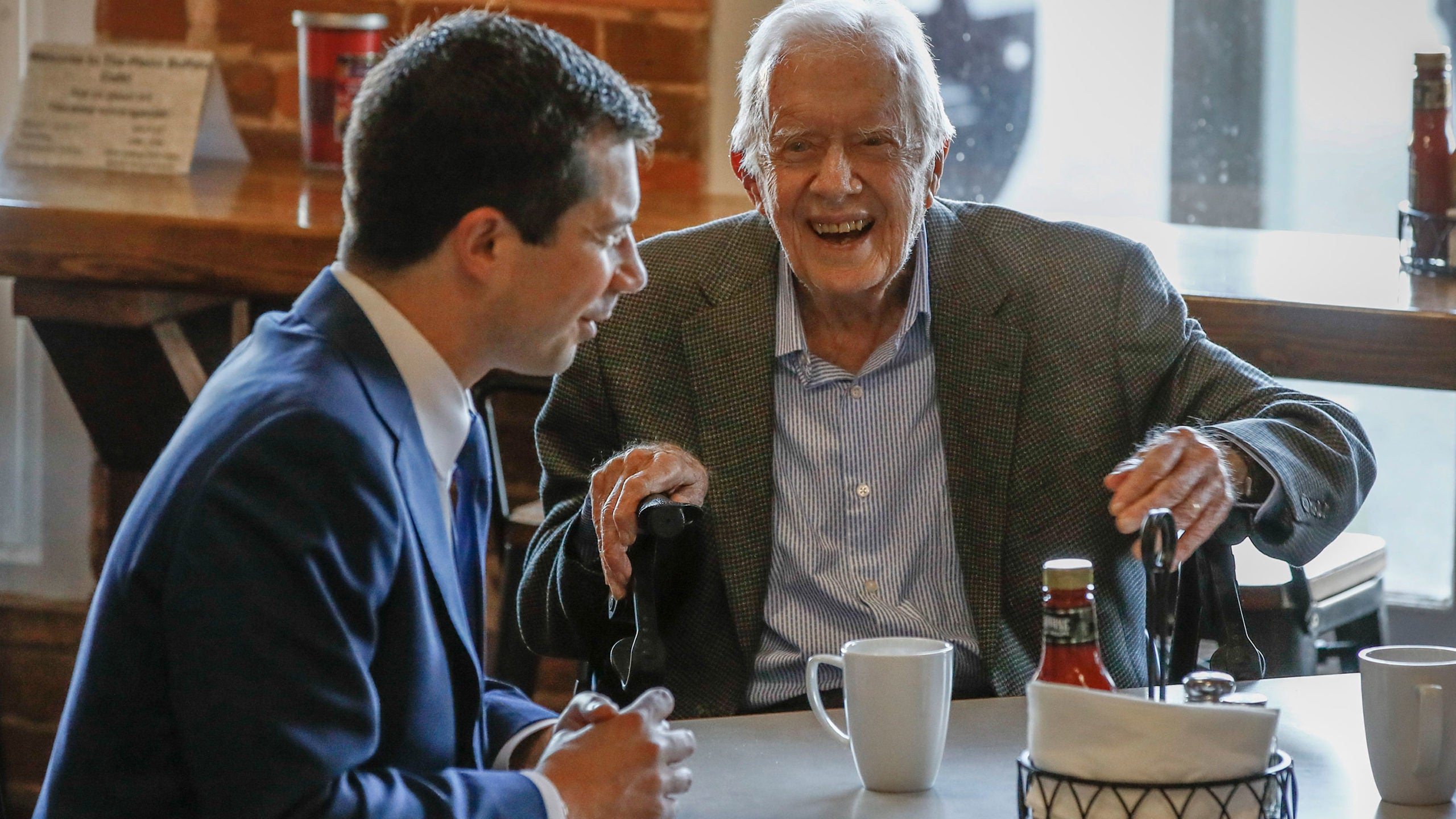 Asked what he thinks of Buttigieg, Carter praised the former mayor and shared some candid commentary on his fight for the Democratic Party’s nomination. The pair was joined by their spouses for the morning meal at the Buffalo Café.

“I’ve liked him since I first met him. Year before last we built houses for Habitat for Humanity in South Bend, Indiana, because he was there,” Carter told reporters. “We got to know him then and I’ve liked him ever since.”

Carter then nodded to Buttigieg’s uncertain path ahead, saying, “He doesn’t know what he’s going to do after South Carolina.”

Buttigieg responded with a good-natured chuckle.

“Every day we’ll do the math,” he said. “We so enjoyed having the Carters in South Bend.”

The Buttigieg campaign is looking to make gains on Super Tuesday when voters in more than a dozen states across the US will cast votes for their preferred Democratic candidate.

The former mayor entered Saturday’s South Carolina contest in second place in the delegate count, but following a disappointing finish in the Palmetto State that netted him no new delegates, he now trails former Vice President Joe Biden and Vermont Sen. Bernie Sanders with just 26 delegates.

In a gaggle with reporters, Buttigieg conceded Biden’s surge in South Carolina was a significant one, telling CNN, “Certainly, the vice president’s victory last night in South Carolina was convincing, and it reflected the goodwill that he’s built up over years and decades, and of course the effect of the Whip (Democratic South Carolina Rep. Jim) Clyburn supporting him and the campaign that they ran.”

Buttigieg also acknowledged the challenging road ahead, telling reporters that “the whole idea of running for president is to make yourself useful, and to make sure that you are moving things in the right direction.”

Buttigieg was set to join other candidates in Selma, Alabama, later Sunday to commemorate the historic 1965 civil rights march across the Edmund Pettus Bridge.