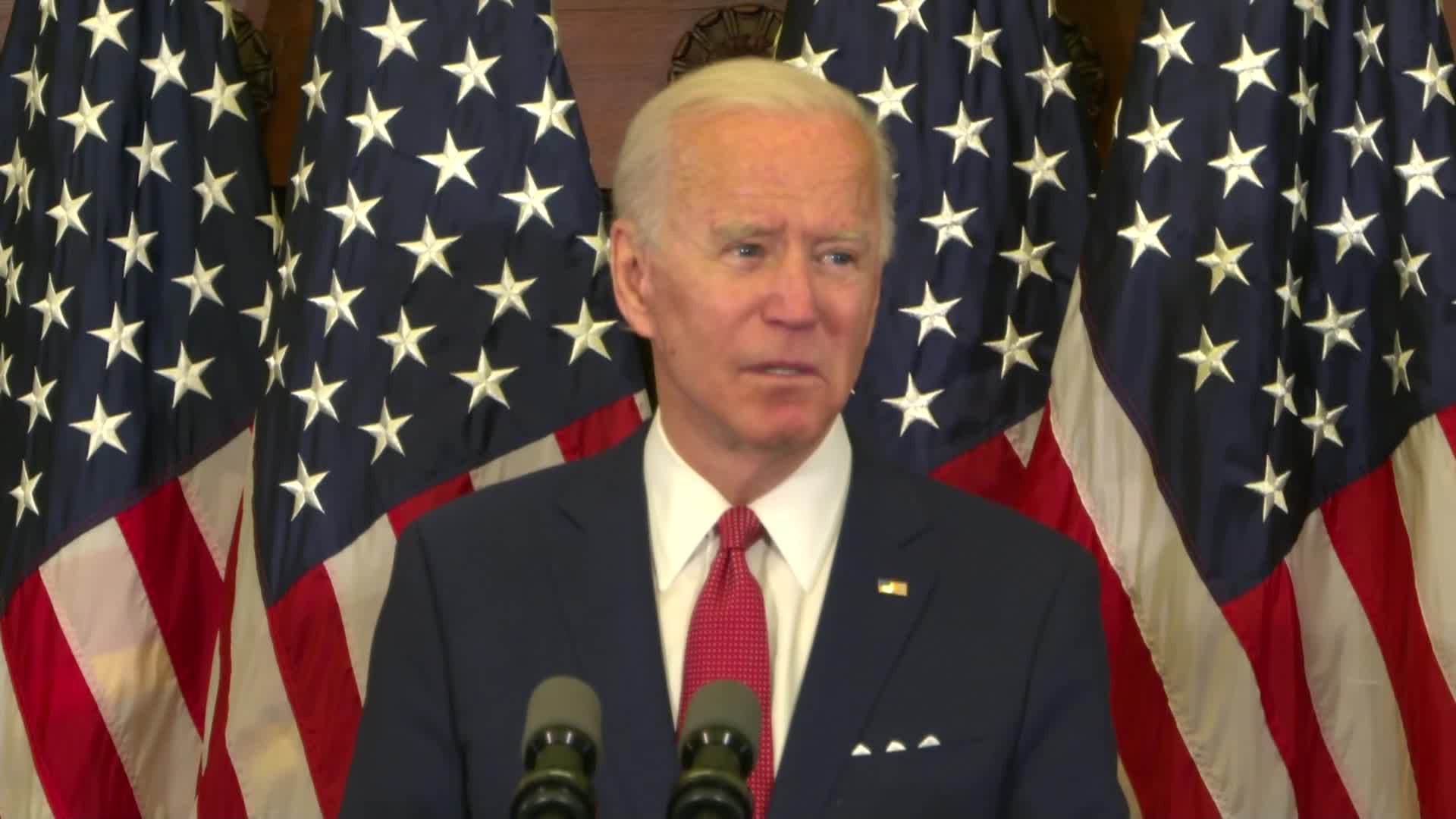 (CNN) — Joe Biden will travel to Houston, Texas, on Monday to privately meet with and offer his condolences to the family of George Floyd, whose death at the hands of police launched widespread protests across the nation, according to a Biden aide.

The former vice president will also tape a video message for Floyd’s funeral service on Tuesday, but Biden is not planning to attend the service because the presumptive Democratic nominee’s team did not want to cause any disruptions on Tuesday from his Secret Service protection, according to people familiar with those deliberations.

Biden has delivered speeches and met with community members in his home state of Delaware and neighboring Pennsylvania calling for the dire need to end systemic racism in the nation.

In a speech in Philadelphia last week, Biden empathized with those who are protesting across the nation in the wake of the police killing of Floyd in Minnesota in ways President Donald Trump has not.

His remarks, in which he promised that he “won’t traffic in fear and division” or “fan the flames of hate,” offered a striking contrast to Trump that came about 16 hours after peaceful protesters in a park outside the White House were hit with tear gas so that Trump could cross the park and visit St. John’s Church for a photo opportunity — a move that had been widely condemned.

“I’ll seek to heal the racial wounds that have long plagued our country, not use them for political gain. I’ll do my job and I’ll take responsibility — I won’t blame others,” Biden said.

And during a separate speech later that week, Biden directly criticized Trump’s response to the unrest across the nation, saying, “He remains completely oblivious to the human toll of his indifference. It’s time for him to step out of his own bunker, take a look around the consequences of his words and his actions.”

Biden said that he spoke on the phone with Floyd’s family shortly after his death, providing empathy as a parent who has lost children of his own.

“I tried to give them some solace in terms of how the memory, the memory and meaning of George’s life, would live with them,” Biden told CNN’s Don Lemon.

During a fundraiser last week, Biden again spoke of the call, saying he “came away with this incredible sense of what an incredible guy he was… and this is a guy the whole family looked to.”