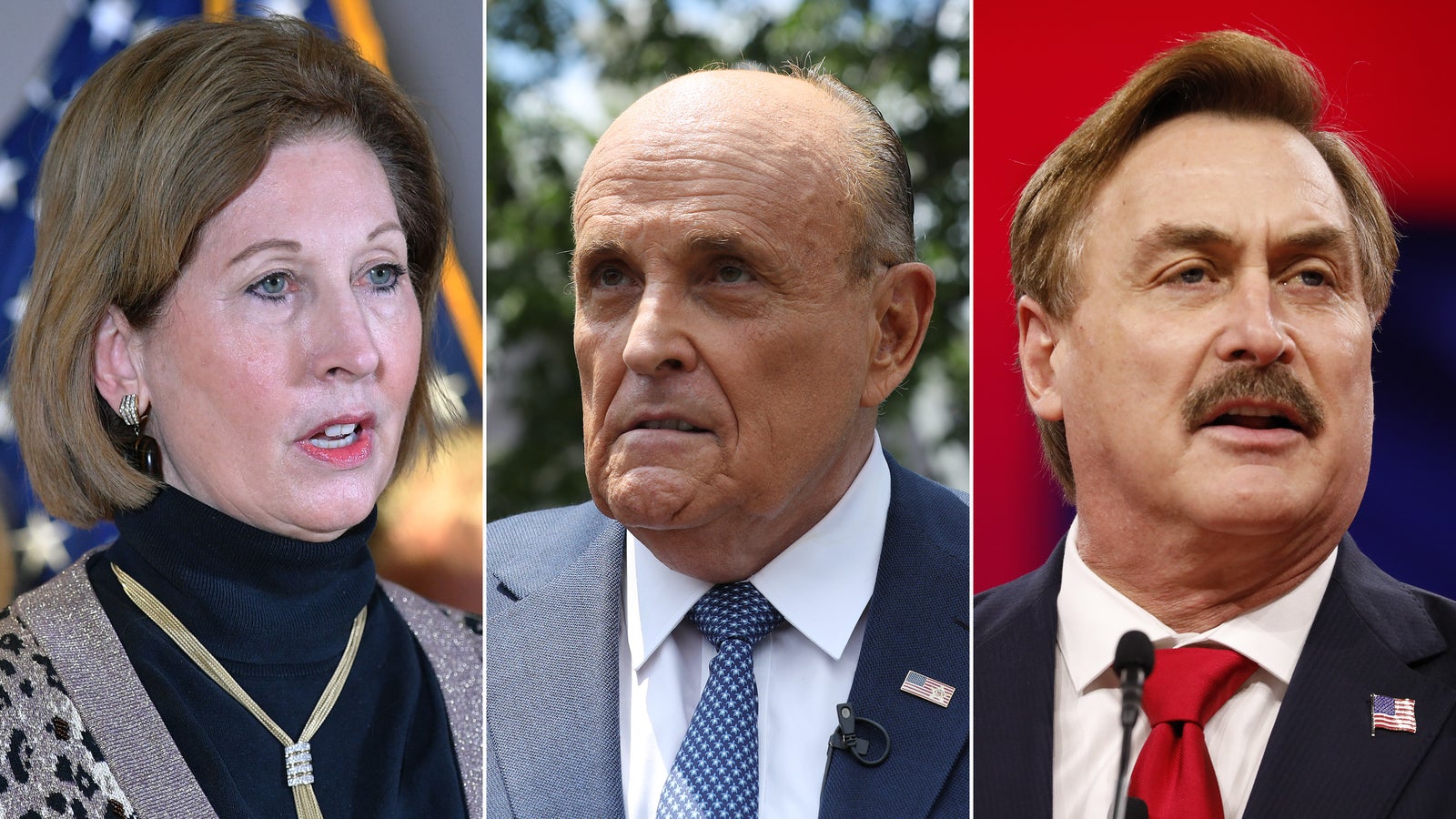 Dominion is seeking billions of dollars in damages, claiming it was harmed by the unfounded claims of election fraud made by the confidants of former President Donald Trump. The company provides election equipment used by more than 40% of US voters. It has repeatedly denied all allegations of election fraud.

Judge Carl Nichols, a Trump appointee to the DC District Court, wrote in his opinion Wednesday that Powell’s statements couldn’t be excused by political speech protections and that she wasn’t protected as an attorney, either.

Lawyers for Powell and Lindell said in June that their clients’ election fraud assertions are protected speech because, they claimed, the election continues to be disputed.

Giuliani, meanwhile, has said Dominion’s lawsuit is meant to quiet him. When the suit was filed in January, he claimed it was “another act of intimidation by the hate-filled left-wing to wipe out and censor the exercise of free speech, as well as the ability of lawyers to defend their clients vigorously.”

Wednesday’s ruling is a devastating blow to Powell, Lindell and Giuliani as they continue to fight the case. Nichols not only gave a green light for Dominion’s cases against each of them but he also made clear that it may be possible for the company to prove in court that Powell, Lindell and Giuliani made false statements recklessly, even after being told they were wrong, a key component in defamation cases.

Nichols also denied Giuliani’s attempt to have the case thrown out.

“Dominion has adequately alleged that Powell made a number of statements that are actionable because a reasonable juror could conclude that they were either statements of fact or statements of opinion that implied or relied upon facts that are provably false,” the judge wrote.

Nichols cast serious doubt on Lindell’s claims — which the CEO continues to make — that the election was stolen from Trump.

The judge wrote that “in addition to alleging that Lindell’s claims are inherently improbable, that his sources are unreliable, and that he has failed to acknowledge the validity of countervailing evidence, Dominion has alleged numerous instances in which Lindell told audiences to purchase MyPillow products after making his claims of election fraud and providing MyPillow promotional codes related to those theories.”

The company “has adequately alleged that Lindell made his claims knowing that they were false or with reckless disregard for the truth,” Nichols said.

Dominion also filed lawsuits on Tuesday against the television channels Newsmax and One America News, alleging they aided the spread of baseless conspiracy theories about its role in the 2020 election.

In a statement, Newsmax said that it had not yet reviewed the lawsuit filed against it, but that “in its coverage of the 2020 Presidential elections, Newsmax simply reported on allegations made by well-known public figures, including the President, his advisors and members of Congress.”

“Dominion’s action today is a clear attempt to squelch such reporting and undermine a free press,” Newsmax added.

Charles Herring, president of OAN, did not immediately respond to a request for comment.