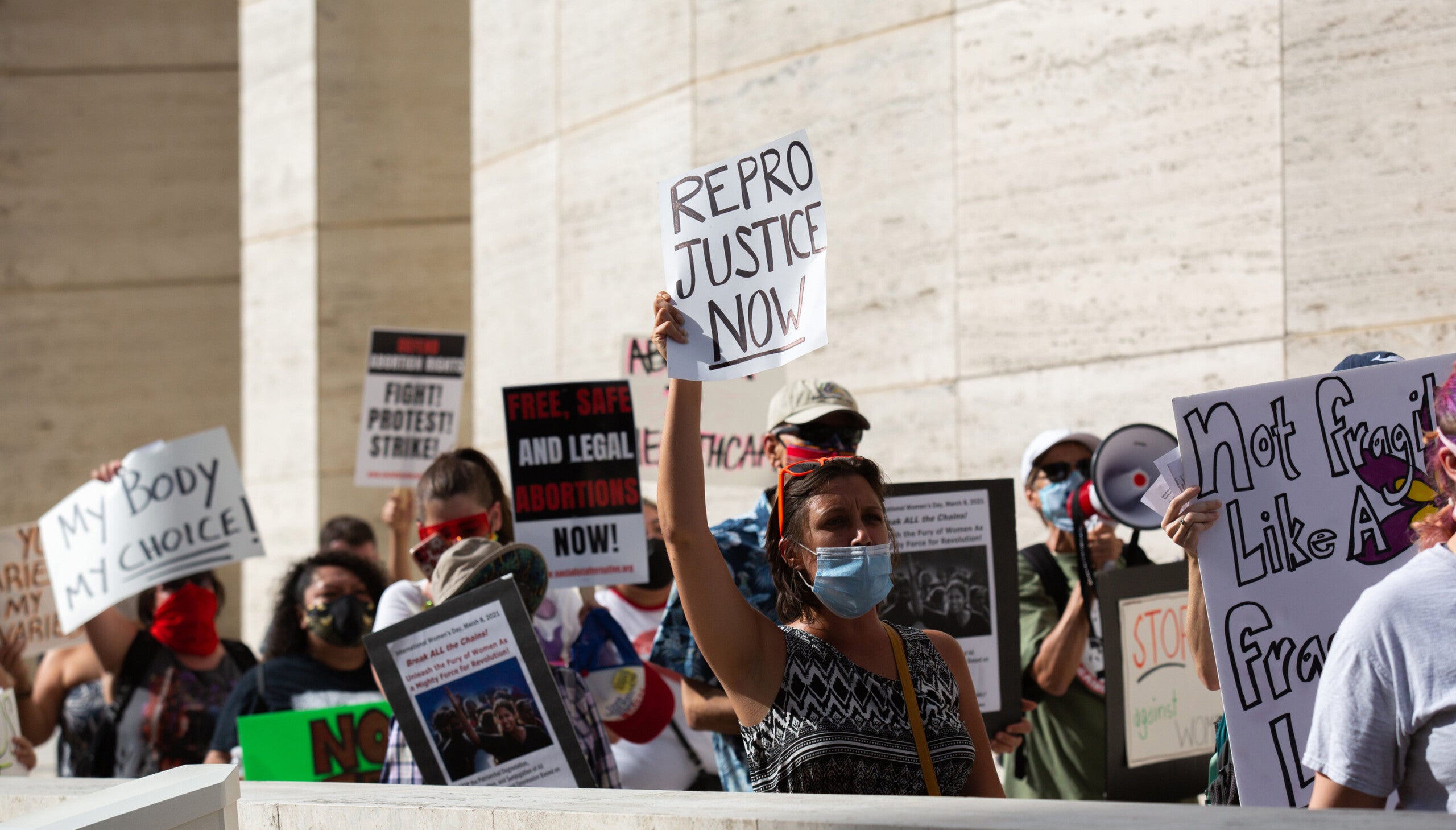 (CNN) — The Biden Justice Department sued the state of Texas on Thursday over its new six-week abortion ban, saying the state law is unconstitutional.

Announcing the lawsuit at a news conference in Washington, Attorney General Merrick Garland said the Texas law’s “unprecedented” design seeks “to prevent women from exercising their constitutional rights by thwarting judicial review for as long as possible.”

The Texas law was designed specifically with the goal of making it more difficult for clinics to obtain federal court orders blocking enforcement of the law. Instead of creating criminal penalties for abortions conducted after a fetal heartbeat is detected, the Texas Legislature has tasked private citizens with enforcing the law by bringing private litigation against clinics — and anyone else who assists a woman in obtaining an abortion after six weeks.

Since the law went into effect, clinics across Texas have stopped offering abortions after six weeks, or have shuttered altogether.

“This kind of scheme to nullify the Constitution of the United States is one that all Americans — whatever their politics or party — should fear,” Garland said, warning that Texas’ approach could become a model for other states as well as other kinds of attackon other constitutional rights.

The lawsuit, filed in a federal court in Austin, alleged that the Texas law is unconstitutional because it conflicts with “the statutory and constitutional responsibilities of the federal government.”

“The United States has the authority and responsibility to ensure that Texas cannot evade its obligations under the Constitution and deprive individuals of their constitutional rights by adopting a statutory scheme designed specifically to evade traditional mechanisms of federal judicial review,” the lawsuit states.

The Justice Department is seeking a declaratory judgment declaring the Texas abortion ban invalid, as well as a “preliminary and permanent injunction against the State of Texas — including all of its officers, employees, and agents, including private parties” who would enforce the abortion ban.

The U.S. Supreme Court last week declined a request by clinics to block the law from going into effect.

In an unsigned order, the court’s majority wrote that while the clinics had raised “serious questions regarding the constitutionality of the Texas law,” they had not met a burden that would allow the court to block it at this time due to “complex” and “novel” procedural questions.
The Supreme Court’s refusal to stop the law from going into effect caught Justice Department officials by surprise, according to a Justice Department official, since every other similar restrictive law had been blocked.

Dozens of lawyers spent the past week working on the best way to try to challenge the law directly. They determined using the federal programs that would be disrupted by the ban presented the best way to establish standing and to try to preempt the law.

Thursday, Garland said the Texas law infringed upon the activities of Labor Department, Defense Department and other federal agencies. Specifically, the Justice Department said in the lawsuit, the Texas law “exposes federal personnel and grantees to liability for carrying out their federal obligations to provide access to abortion-related services to persons” in the federal government’s care.

The Justice Department also argued in the filing that the government has the right to bring the suit against the state because the the United States may “vindicate its interest” when a state law “flagrantly infringes the constitutional rights of the public at large.”

The “United States therefore may sue a State to vindicate the rights of individuals when a state infringes on rights protected by the Constitution.” It also cited the so-called “Take Care” Clause of the Constitution, which says that the President has the duty to “take Care that the Laws be faithfully executed.”

Reproductive rights group that have already brought their own federal court challenge to the Texas law, only to see that lawsuit stalled by the procedural difficulties the ban presents, cheered the Biden administration’s actions. Brigitte Amiri, deputy director of the ACLU Reproductive Freedom Project, called the new lawsuit, “welcome news,” and Nancy Northup, president and CEO of the Center for Reproductive Rights, deemed the Justice Department’s involvement a “gamechanger.”

Earlier, Texas Right to Life, the anti-abortion group that led the charge in getting the Texas law passed, scoffed at the news that the Department was taking action. Its Vice President Elizabeth Graham said Biden was a “puppet of the radical abortion agenda, and his Justice Department will quickly find that they do not have jurisdiction to stop the Texas Heartbeat Act.”

Texas Gov. Greg Abbott’s office pledged to defend the law and called the Justice Department lawsuit a distraction for the White House.

“The most precious freedom is life itself. Texas passed a law that ensures that the life of every child with a heartbeat will be spared from the ravages of abortion,” Abbott press secretary Renae Eze said in a statement. “Unfortunately, President Biden and his administration are more interested in changing the national narrative from their disastrous Afghanistan evacuation and reckless open border policies instead of protecting the innocent unborn.”