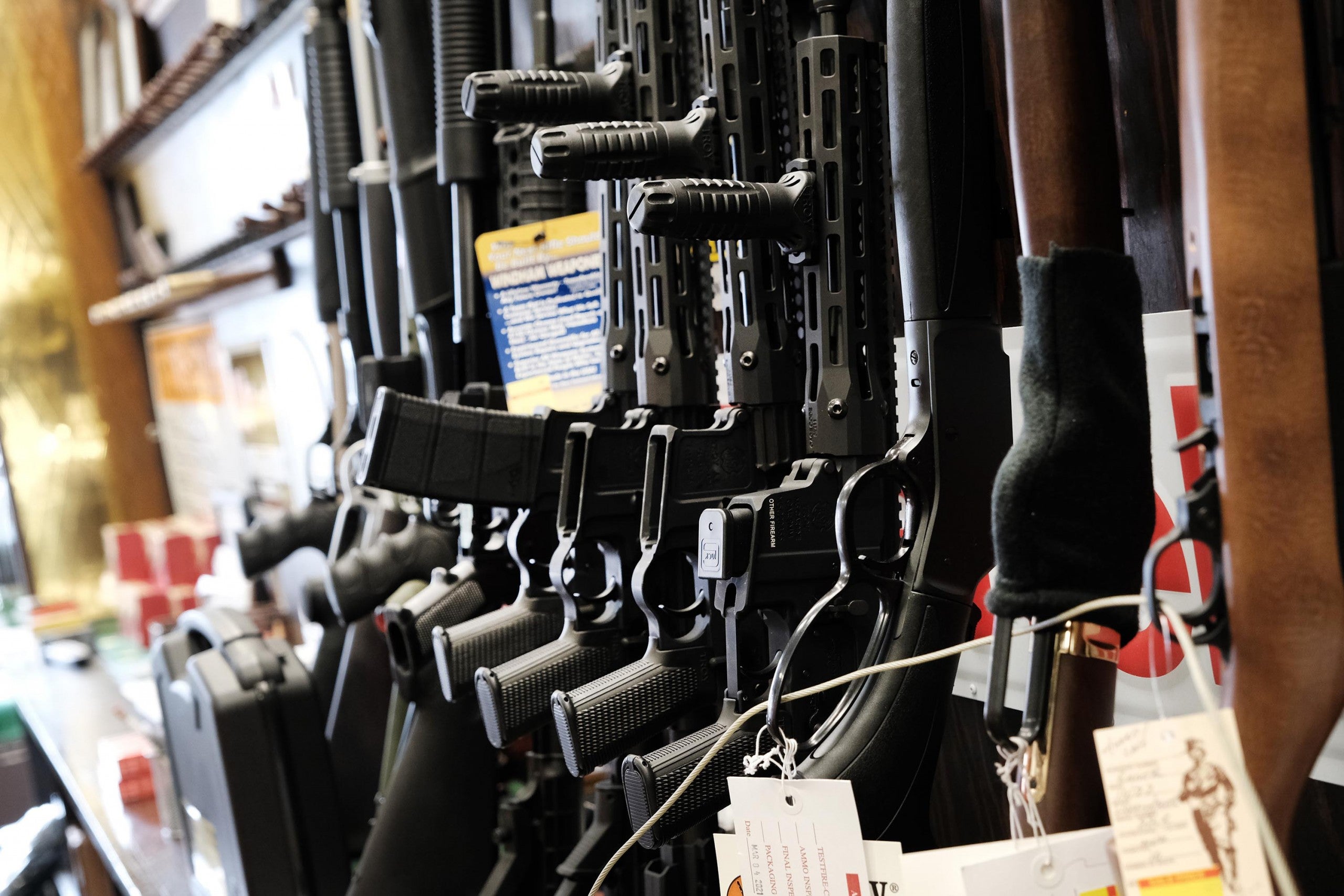 JERSEY CITY - MARCH 25: Few rifles remain on the shelf at Caso's Gun-A-Rama store on March 25, 2021 in Jersey City, New Jersey. Caso's Gun-A-Rama has had a significant increase in business with lines often out the door as more people buy guns for security and for fear that there will be increased bans on them. In the wake of recent mass shootings, the Biden administration is pushing for the Senate to pass gun legislation already passed by the House. Area gun businesses have seen a rise in sales recently that has even led to a shortage of bullets. (Photo by Spencer Platt/Getty Images)
by: Christina Carrega
Posted: Jun 7, 2021 / 12:47 PM EST / Updated: Jun 7, 2021 / 03:02 PM EST

The Justice Department proposed to clarify the restrictions on stabilizing braces that transform a pistol into a short-barreled rifle and can “cause great damage and are more likely to be used to commit crimes.”

The makeshift short-barreled rifles were used in two mass shootings in Boulder, Colorado, and in Dayton, Ohio, a Justice Department official told CNN on Monday.

“These requirements are important public safety measures because they regulate the transfer of these dangerous weapons and help ensure they do not end up in wrong hands. The proposed rule would clarify when these attached accessories convert pistols into weapons covered by these heightened regulations,” the Justice Department said.

Last month, the Justice Department proposed a rule that seeks to reclassify the definition of a firearm to close the regulatory loophole associated with producing unmarked weapons, known as “ghost guns.” From 2016 to 2020, more than 23,000 un-serialized firearms were reported to have been recovered by law enforcement from potential crime scenes — including in connection with 325 homicides or attempted homicides, according to a news release from May 7.

“The way that we look at this is we understand that none of these things are a full answer to solve gun violence, but we are doing everything within our power to ensure that we are working to protect the American public, and these are just two additional steps that we can take,” a Justice Department official told CNN.

Over the weekend, there were nine mass shootings in five different states that left several people including five people in Chicago dead and dozens injured.

The administration also is planning to deliver model legislation for states that, if enacted, would allow family members, law enforcement, an official of a school, an intimate partner or even healthcare provider to intervene and petition the court to order to temporarily prevent an individual, who may have proposed harm against themselves or others, from accessing firearms.

“Outside groups have collected studies that show that in states that have adopted these laws, there’s been, for example, a decrease in suicide and firearm related suicides,” a Justice Department official told CNN.

Studies of Connecticut and Indiana’s extreme risk laws estimated that for every 10-20 firearm removal orders issued, at least one suicide was averted, according to the October 2020 study on the Consortium for Risk-Based Firearm Policy.