Justice Department watchdog to investigate federal use of force in Oregon, DC 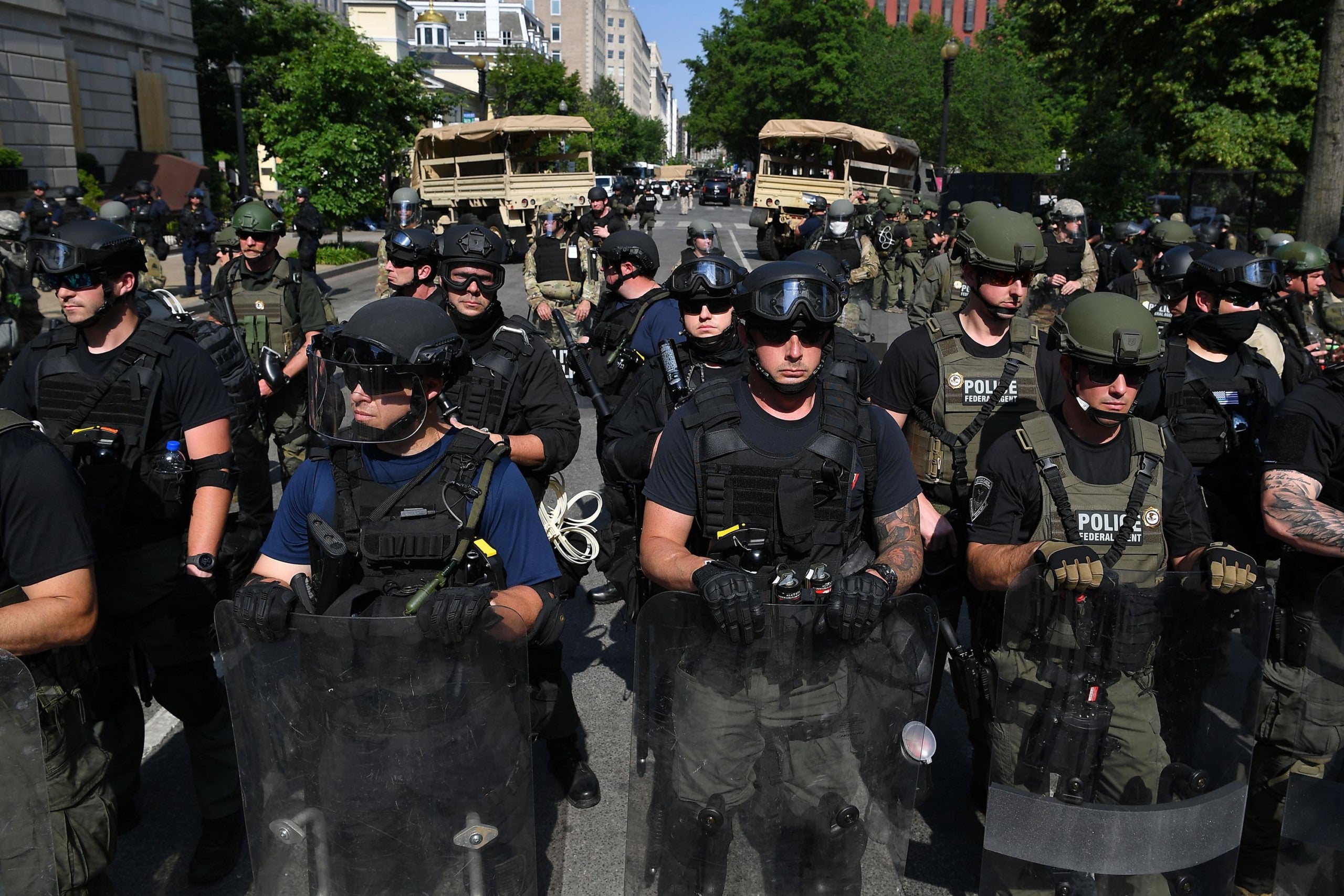 (CNN) — The Justice Department’s independent watchdog agency said Thursday that it will investigate the use of force by federal law enforcement officers in Portland, Oregon, and Washington, DC, where violent crackdowns on protesters have punctuated a summer that’s been rocked by protests against police brutality.

Justice Department Inspector General Michael Horowitz said in a statement that his review of the law enforcement responses would include an examination of the instructions officers received and their compliance with policies regarding proper identification and the use of chemical agents.

The Department of Homeland Security’s inspector general is also probing the response of officers from his agency in Portland, including allegations that they improperly detained and transported some protesters, he said in a letter to Congress.

The Trump administration’s treatment of the protests in both cities, which swelled after the killing in May of George Floyd by a Minneapolis police officer, has drawn sharp criticism from the President’s detractors, including accusations that they amounted to authoritarian suppression. The announcements from the inspectors general on Thursday represent some of the federal government’s most serious attempts to account for the violence and follows a litany of requests for oversight from current and former public officials and key congressional Democrats.

In Portland, federal police have clashed nightly for the past several weeks with rioters who’ve attacked a complex of federal buildings in the city’s downtown. Some of the confrontations have been captured on video and gone viral, including one instance where US Marshals beat a protester who did not appear to be resisting. In another episode, federal law enforcement officers dragged a man into an unmarked police van for questioning.

In a letter Thursday responding to a group of Oregon congressional Democrats that had requested an investigation, the Homeland Security inspector general said he would probe the allegations of improper detention and transportation of protesters in Portland as well as the department’s broader response in the city.

Most of the 114 federal officers deployed by the Trump administration into Portland come from the Department of Homeland Security, but some, namely the Marshals, report to the Justice Department. In a statement earlier this week, a spokesman for the Marshals said the agents used proper force after the man who was beaten with batons and pepper sprayed in the video refused to comply with an order to move back.

The brutal scene in Washington, DC’s Lafayette Square last month generated even more controversy. There, just days after Floyd’s death, when nationwide demonstrations had grown to tremendous sizes, a detachment of federal officers abruptly descended on a loud but passive crowd near the White House ahead of Trump’s walk across the park for a photo-op at a nearby church.

Attorney General William Barr became the focal point for criticism following that incident after officials said he was responsible for the order to move in on the protesters, although Barr has disputed that. Barr has said he did not give the tactical go-ahead, but he did support the crowd-clearing effort as part of a plan that had been hatched hours earlier — and delayed — to expand the security perimeter around the White House.

Meanwhile, Trump has embraced the heavy-handed responses to protests across the country and converted his law-and-order messaging into a campaign issue ahead of the November election.

On Wednesday, in an event from the White House where he announced an infusion of more federal officers from the Justice Department into cities facing violent crime surges, Trump blamed “extreme politicians” and the movement to defund police departments for a “shocking explosion of shootings, killings, murders and heinous crimes of violence.”