Lawyer indicted, charged with lying to FBI in probe of Trump-Russia investigation 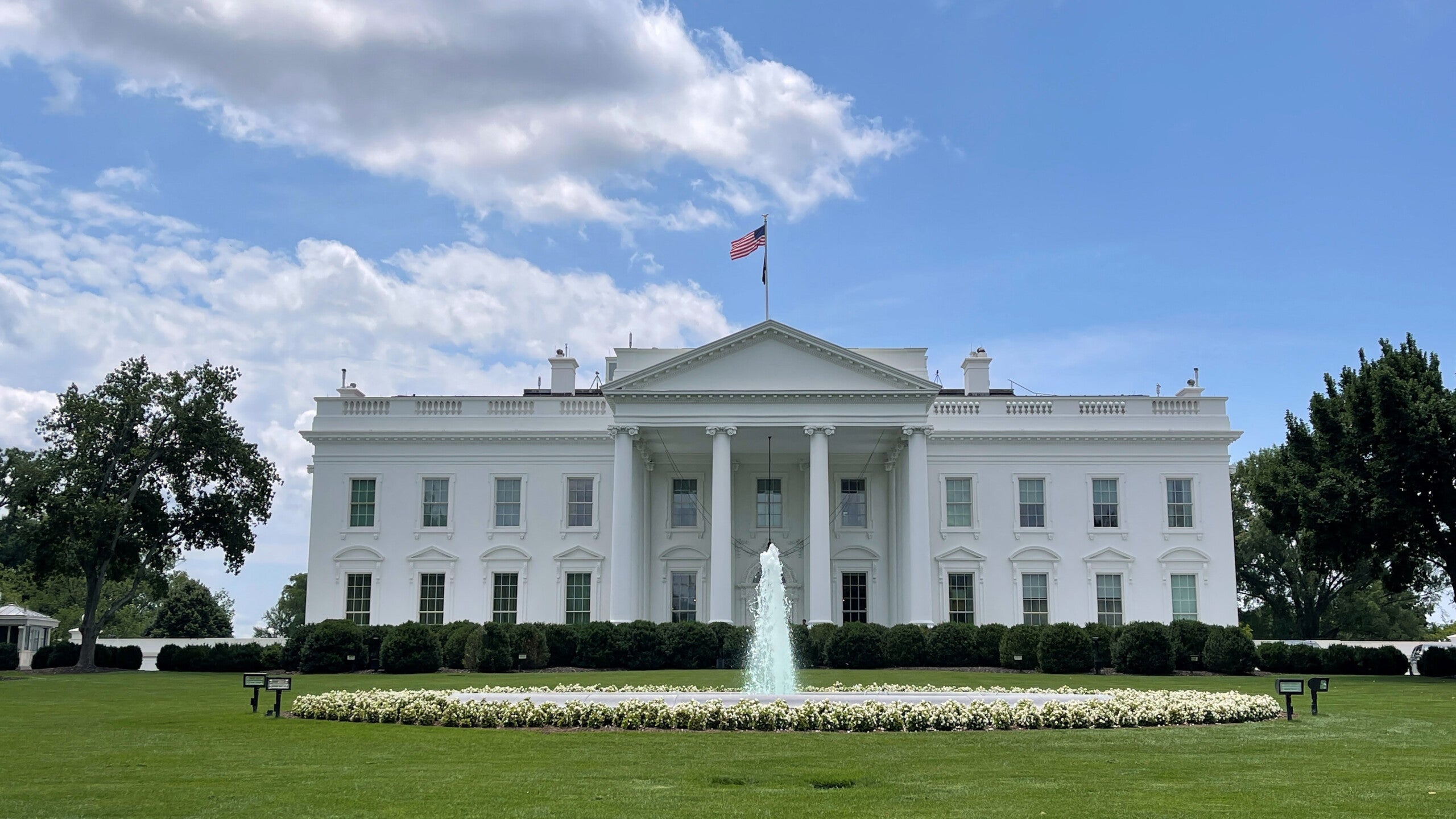 (CNN) — A federal grand jury has indicted cybersecurity lawyer Michael Sussmann as part of a special counsel’s probe into the origins of the Trump-Russia investigation, alleging he lied to the FBI general counsel.

The indictment comes as special counsel John Durham is nearing the conclusion of his more than two-year-long probe and faced a looming deadline on whether to seek charges over the handling of evidence used in the probe, according to people briefed on the matter.

According to the indictment, Sussmann — a prominent cybersecurity lawyer whose law firm Perkins Coie worked for Hillary Clinton’s 2016 campaign — lied at a September 2016 meeting with then-FBI General Counsel James Baker in which Sussmann shared information about possible connections between the Trump Organization and a Russian bank.

Sussmann told Baker he wasn’t working on behalf of any client, yet prosecutors allege he was representing the Clinton campaign as well as a tech industry professional to provide the server data, according to the indictment.

Sussmann’s attorneys have said he would fight the charge in court, and his law firm said in a statement Thursday he had resigned “in order to focus on his legal defense.”

The criminal charge on Thursday quickly became an underwhelming mark in a special counsel investigation that for years sought to unearth failures in the FBI and intelligence community’s efforts in the early Russia investigation — only to land on a single charge against a low-profile outside attorney. The information Sussmann presented to the FBI ultimately became a sidebar that fizzled quickly in the larger Russia investigation, which established that the Trump campaign welcomed Russia’s meddling in the 2016 election and resulted in several convictions of six top Trump advisers.

“Sussmann’s lie was material,” prosecutors wrote, “because, among other reasons, Sussmann’s false statement misled the FBI general counsel and other FBI personnel concerning the political nature of his work and deprived the FBI of information that might have permitted it more fully to assess and uncover the origins of the relevant data and technical analysis, including the identities and motivations of Sussmann’s clients.”

Prosecutors allege Sussmann repeated the lie to other government employees.

The provenance of a thumb drive provided to the FBI by Sussmann has been a major focus of the probe, the people briefed on the matter said.

The drive contained information about possible connections between Trump’s company and a Russian bank.

The FBI investigated the claims that servers in Trump Tower were communicating with servers belonging to Alfa Bank, a Russian bank, as part of the broader investigation of ties between Trump campaign associates and Russians.

Former Special counsel Robert Mueller’s report didn’t discuss the Alfa Bank claims and when asked about it during a House hearing in 2019, Mueller said he believed the claims weren’t true.

Sussmann’s legal team learned about three weeks ago that Durham investigators were preparing to seek an indictment against him, according to the person familiar with the case.

Sussmann’s team appealed that decision to Justice Department leadership, which is possible in a case like this, but was rejected this week.

His attorneys, Sean Berkowitz and Michael Bosworth, said Thursday his charge came out of “politics, not facts.”

Sussmann shared information about the Trump Organization computer data with the FBI, they said, “because he and his client believed that the information raised national security concerns … Regardless of who Mr. Sussmann’s clients were, or even if he had no clients at all, none of that would have mattered.”

The plans to seek an indictment were first reported Wednesday by The New York Times.

Sussmann’s attorneys said in a statement to CNN on Wednesday night that he had committed no crime and if he were to be charged, he would go to trial to “vindicate his good name.” The attorneys noted that Sussmann has served in the Justice Department during Democratic and Republican administrations.

The Perkins Coie law firm, working for the Clinton campaign and the Democratic Party in 2016, paid the research company Fusion GPS to produce a series of reports from a former British intelligence operative detailing connections between Russians and Trump and his associates.

Separately, a group of cyber experts in 2016 said that they had analyzed thousands of unexplained computer connections between Alfa Bank and Trump Organization servers, and the claims made their way to the FBI through various intermediaries, including Sussmann.

Durham was appointed by then-Attorney General William Barr in early 2019 to pursue Trump’s and Barr’s suspicions that the FBI and US intelligence agencies had committed wrongdoing in their pursuit of the Trump-Russia investigation. In a review that has now lasted longer than Mueller’s investigation, Durham largely has failed to deliver what Trump wanted.

The former President publicly said he wanted charges against former top FBI and intelligence officials and that he expected Durham to present a public report before last year’s election.

After initially examining the role of the intelligence community in the Russia investigation and finding no wrongdoing, according to Barr, Durham turned his sights back to reexamining the FBI, which already has been the subject of a scathing inspector general report that found multiple missteps by the bureau.

Durham brought a relatively minor case last year against a former FBI lawyer who admitted to falsifying information used to obtain a surveillance warrant against a former Trump campaign associate, Carter Page, but there was no big October surprise from Durham as Trump expected. That failure, in Trump’s eyes, added to tensions between Barr and the then-President in the closing months of the Trump presidency, former administration officials say.

As part of Durham’s appointment as special counsel, he is expected to produce a final report to Attorney General Merrick Garland, with the intent that at least some of it will be made public.

The Durham probe is in its closing stages, people briefed on the matter said, and a possible deadline on any charges looms. Yet in a statement announcing the indictment of Sussmann on Thursday, the Justice Department said Durham’s investigation is ongoing.

The indictment on Thursday outlines the connections between Sussmann and the Clinton campaign as he pushed the information about the Trump Organization into investigators’ hands.

Saying he wasn’t working for a client “led the General Counsel to understand that Sussmann was providing information as a good citizen rather than a paid advocate or political operative,” the Justice Department said.

At the time, Sussmann was representing both a cybersecurity expert who had provided him the data and the Clinton campaign. He has maintained, including in his own congressional testimony, that he met with Baker on behalf of the cybersecurity client.

Yet in the indictment, Durham alleges that after he obtained the computer data, Sussmann and the tech executive allegedly “engaged in efforts with [a Clinton campaign lawyer] and individuals acting on behalf of the Clinton campaign to share information about the Russian Bank Data with the media and others, claiming that it demonstrated the existence of a secret communication channel between the Trump Organization” and Russia’s Alfa Bank.

Baker also testified to Congress in October 2018 that he knew Sussmann had gotten the information he was sharing from cyber experts. Baker told Congress he didn’t remember Sussmann “specifically saying that he was acting on behalf of a particular client.”

Sussmann’s attorneys, Berkowitz and Bosworth, said in their statement: “Any prosecution here would be baseless, unprecedented, and an unwarranted deviation from the apolitical and principled way in which the Department of Justice is supposed to do its work.”

Durham’s investigators have interviewed Baker and other former FBI officials about the information Sussmann provided, people briefed on the matter told CNN.

Durham has been presenting evidence to a grand jury as part of his investigation, CNN previously reported. One witness who has provided testimony in recent weeks told CNN that based on the questions asked, they believe Durham plans to seek charges over the handling of the Alfa Bank matter.

At the time of the Sussmann meeting with Baker, the FBI had already opened the probe of ties between Russians and Trump campaign associates. It’s not unusual for outsiders to provide information for the FBI to investigate.