Rep. Liz Cheney censured by Wyoming GOP for her vote to impeach Trump 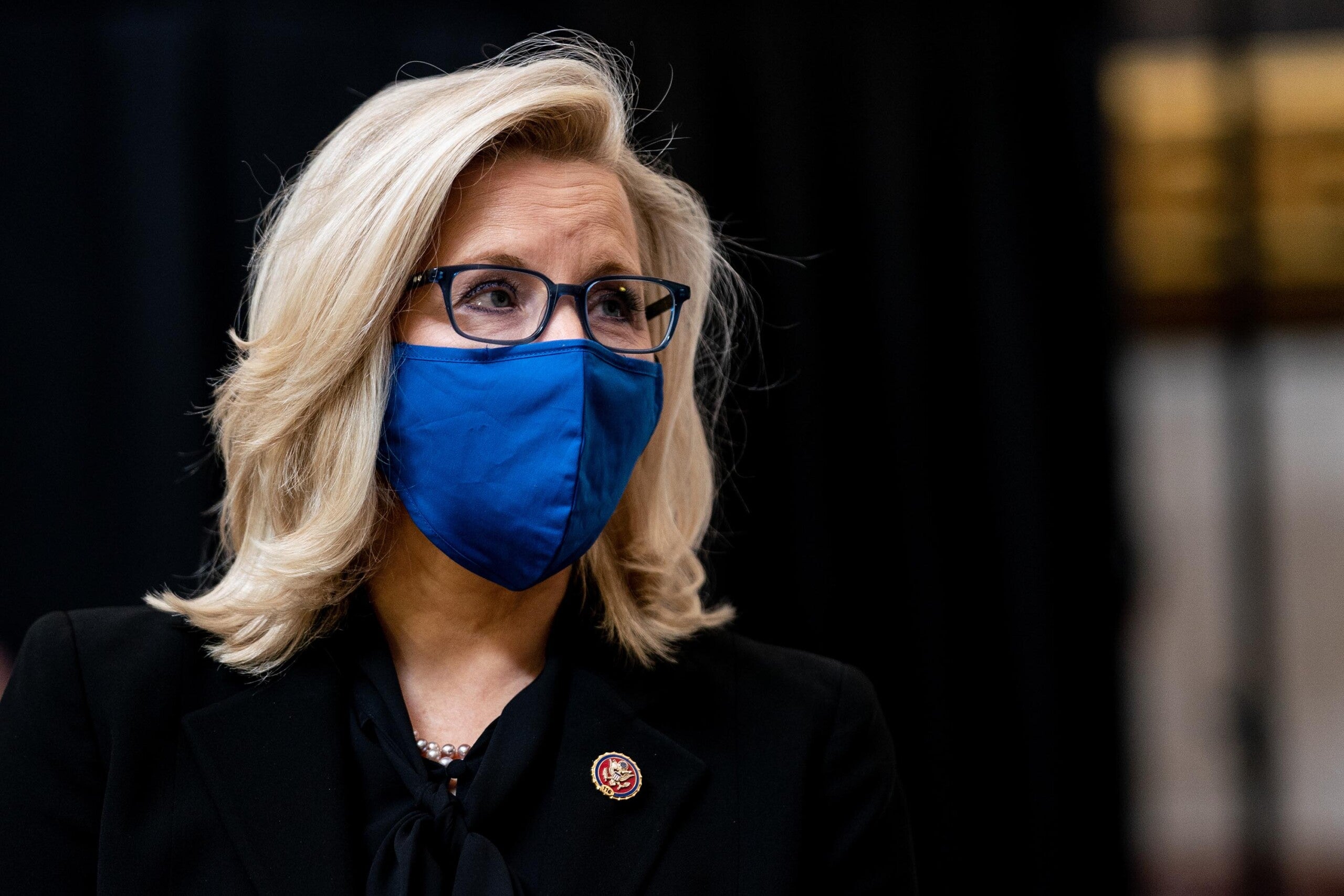 WASHINGTON, DC - FEBRUARY 03: U.S. Rep. Liz Cheney (R-WY) attends a congressional tribute to the late Capitol Police officer Brian Sicknick who lies in honor in the Rotunda of the U.S. Capitol on February 3, 2021 in Washington, DC. Officer Sicknick died as a result of injuries he sustained during the January 6 attack on the U.S. Capitol. He will lie in honor until February 3 and then be buried at Arlington National Cemetery. (Photo by Erin Schaff-Pool/Getty Images)
by: Daniella Diaz, Aaron Pellish and Suzanne Malveaux, CNN
Posted: Feb 6, 2021 / 04:53 PM EST / Updated: Feb 6, 2021 / 05:05 PM EST

(CNN) — The Wyoming Republican Party voted Saturday to formally censure Rep. Liz Cheney, the No. 3 Republican in the House, for her vote to impeach former President Donald Trump in the latest example of a state GOP punishing lawmakers who have bucked the former president.

In the motion to censure Cheney, who easily survived a House Republican Conference vote to remain in her leadership spot earlier this week, the state Republican Party also called for her to “immediately” resign. The party intends to “withhold any future political funding” from her, the motion said. It also called on her to repay donations to her 2020 campaign from the state GOP and any county Republican parties.

“My vote to impeach was compelled by the oath I swore to the Constitution. Wyoming citizens know that this oath does not bend or yield to politics or partisanship,” Cheney said in a statement Saturday.

“I will always fight for Wyoming values and stand up for our Western way of life. We have great challenges ahead of us as we move forward and combat the disastrous policies of the Biden Administration. I look forward to continuing to work with officials and citizens across Wyoming to be the most effective voice and advocate in defense of our families, industries and communities,” she added.

Cheney has faced intense backlash from Trump loyalists in her party for her vote last month to impeach Trump for “incitement of insurrection,” following the Jan. 6 attack on the Capitol. In a statement before she cast her vote, Cheney said Trump “summoned this mob, assembled the mob, and lit the flame of this attack.”

“There has never been a greater betrayal by a President of the United States of his office and his oath to the Constitution,” she said at the time.

House Republicans on Wednesday voted 145 to 61 in favor of keeping Cheney on as conference chair after she defended her support for impeachment during a contentious closed-door conference meeting.

Cheney, who was one of just 10 Republicans who voted to impeach Trump for a second time, told CNN on Wednesday she does not regret her impeachment vote. “Absolutely not,” she said.

The other nine lawmakers have also faced a wave of anger at home, with Republican officials, donors and voters condemning their votes and primary challengers launching their campaigns early. Last week, the South Carolina Republican Party voted to formally censure Rep. Tom Rice, who delivered one of the most surprising votes for impeachment.