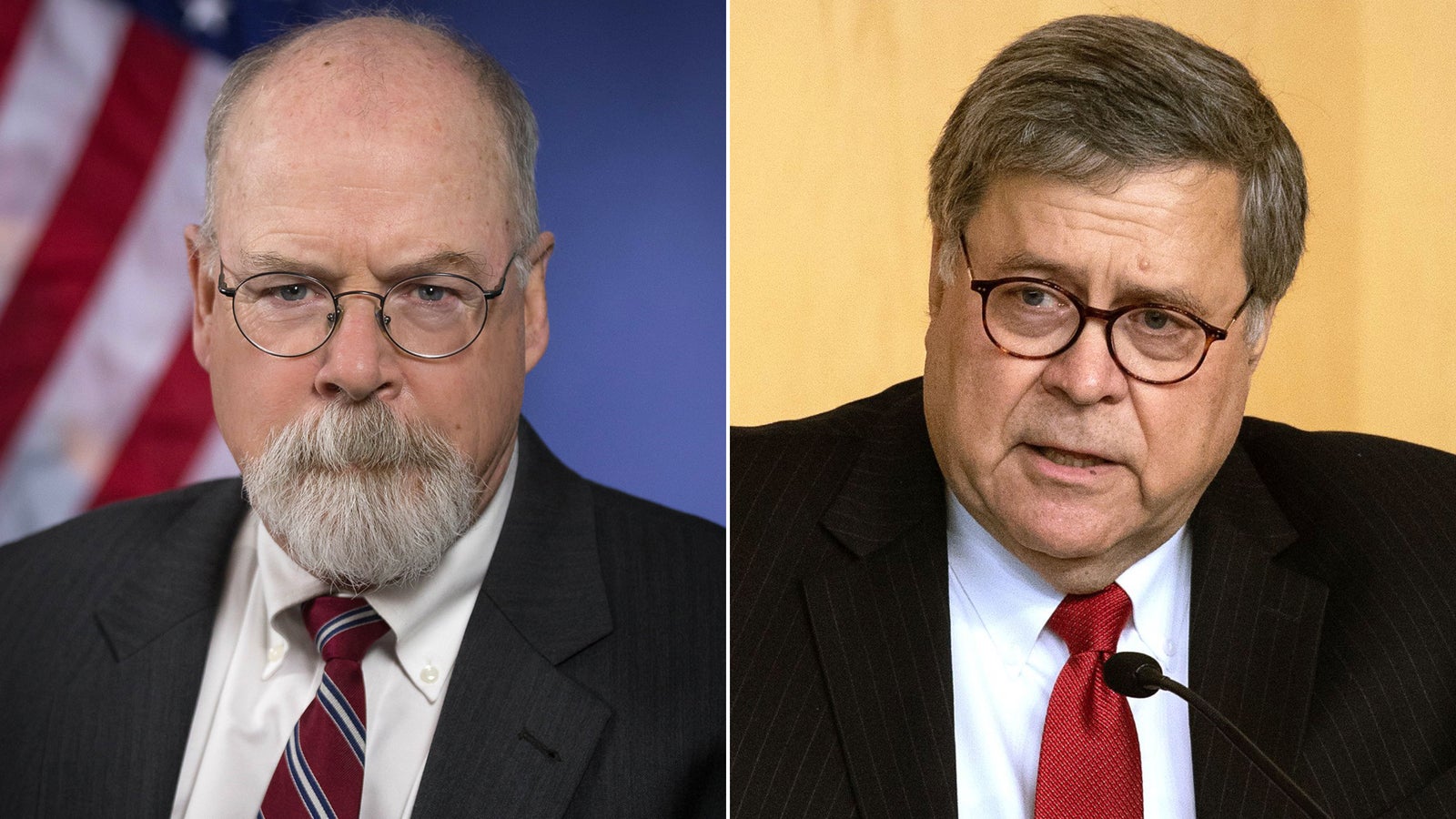 (CNN) — President Donald Trump is demanding that Attorney General William Barr prosecute his political opponents over the FBI’s Russia probe, but the string of documents declassified from the investigation led by US Attorney John Durham in recent weeks that Trump is using to justify his outrage are in fact another sign significant prosecutions are not forthcoming, current and former Justice Department officials say.

Barr has also told Republican lawmakers in recent weeks not to expect a report from Durham on his findings before Election Day as Trump and his allies had hoped, a prospect that CNN reported last month.

Told on Friday in an interview with conservative radio host Rush Limbaugh that Durham’s report wasn’t expected before the election, Trump lashed out at Barr, saying that if Barr “actually made that statement, I’d be very disappointed in him.”

“If that’s the case I’m very disappointed. I think it’s a terrible thing and I’ll say it to his face,” Trump said.

A person briefed on the matter says that If there’s any chance of prosecutions from Durham’s work, there can’t be a report, a message that Barr has tried to convey to lawmakers.

Durham is notoriously slow and methodical in his investigations, which typically stretch years, according to people familiar with how he works, an issue that has frustrated Justice officials, Trump and his congressional allies. Even more disappointing to Barr and Trump, current and former Justice officials say the Durham probe has yet to find evidence to bring any major indictments against the people Trump considers his political enemies, CNN has reported, although Durham is still investigating.

One telltale sign indictments aren’t in the offing is that intelligence documents provided to Durham by the Director of National Intelligence John Ratcliffe are now being declassified and turned over to Congress by Ratcliffe.

If those documents were going to be used in prosecutions, the Justice Department wouldn’t allow them to be released now, officials say.

Instead, Ratcliffe and Barr are declassifying the documents and sending them to Senate Republicans, who are releasing the documents, which have helped to stoke outrage in conservative media and have fueled Trump’s wild accusations in interviews with Fox News and other conservative talk show hosts.

Barr tapped Durham last year to investigate the FBI’s handling of the 2016 Russia investigation into the Trump campaign. The probe has led to one indictment of an FBI lawyer, but Trump and his allies have been calling for bigger prosecutions — and Trump on Thursday went so far as to suggest President Barack Obama and his 2020 opponent, former Vice President Joe Biden, should be indicted.

There’s no evidence Obama or Biden “spied” on Trump’s campaign, as he has been falsely suggesting for months.

Ratcliffe last month declassified unverified Russian intelligence, followed by a memo from then-CIA Director John Brennan and a CIA referral to the FBI about the matter, that alleged Hillary Clinton was trying to “stir up a scandal” by connecting Trump to the Russian hacking. Democrats have charged that the information was Russian disinformation, and Ratcliffe acknowledged in the release the intelligence community did not know whether it was true or reflected “exaggeration or fabrication.”

Brennan told CNN last week that he briefed then-President Obama about the intelligence, which was reflected in his declassified memo, to demonstrate the type of information US intelligence had obtained from the Russians. Brennan accused Ratcliffe of selectively declassifying intelligence in order to aid Trump.

There are multiple Republican-led Senate investigations into the FBI’s handling of the Russia investigation, and both Senate Judiciary Chairman Lindsey Graham and Senate Homeland Security Chairman Ron Johnson have said they are seeking to release their findings before the election.

Inside INdiana Business / 29 seconds ago