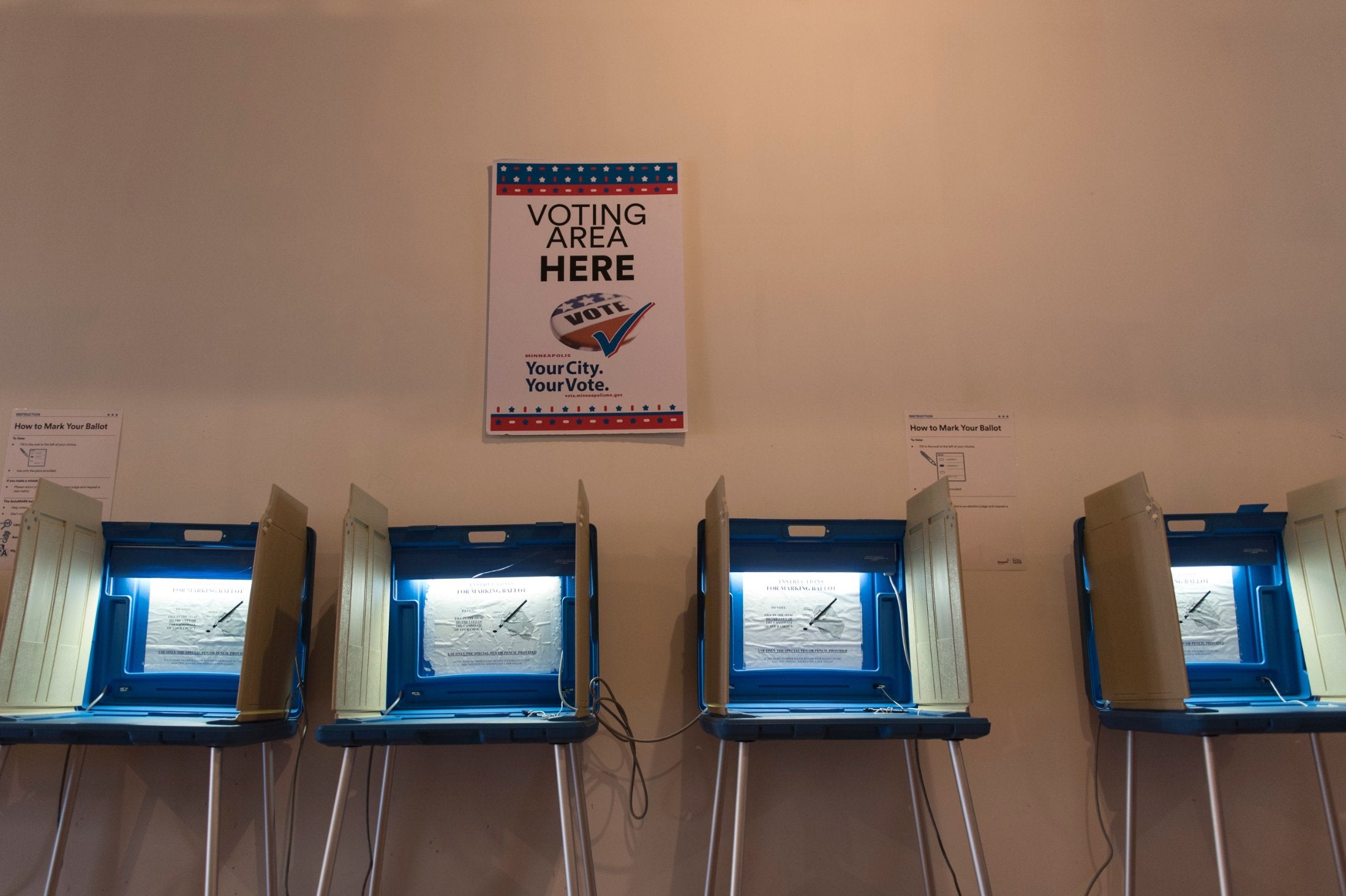 (CNN) — A New Hampshire man was arrested Thursday afternoon and is facing charges after he allegedly slapped a 15-year-old supporter of President Donald Trump outside a polling place during Tuesday’s primary, according to police.

Patrick Bradley, who’s 34, had exited the voting polls outside of Windham High School in Windham, New Hampshire, and walked by a Trump “campaign tent occupied by several campaign supporters/workers,” the Windham Police Department said in a statement Thursday.

He then allegedly assaulted the teenager and two adults who attempted to intervene. CNN has not identified or been in contact with the alleged victims.

“Bradley was also accused of throwing Trump campaign signs and attempting to knock over the aforementioned tent,” the statement says.

Bradley, who was charged with three counts of simple assault and one count of disorderly conduct, entered pleas of not guilty to all four charges Friday morning, said Heather Iworsky, a prosecutor with the Windham Police Department. He was being held on $5,000 cash bail and is due back in court March 4.

It was not immediately clear if Bradley had an attorney.

State GOP Chairman Stephen Stepanek called the incident a “despicable and unacceptable act” and called on state Democrats to condemn it.

“Any effort to intimidate or attack our party volunteers will not deter the thousands of Granite State Republicans who canvass, phone bank and hold signs in support of our candidates between now and November 3rd,” he said.

The incident comes just days after a Florida man told police he had targeted Trump campaign volunteers because he does not like the President.

The man drove a van through a tent in a Walmart parking lot last Saturday in Jacksonville, Florida, where Trump campaign volunteers were gathered. In an interview, police say, Gregory Timm said that before going into the Walmart to get food and a pack of cigarettes, he noticed the tent set up in the parking lot, according to the redacted arrest report by Jacksonville Sheriff’s Department. The arrest report, which was filed in the Duval County Court system, describes Timm showing police a video he took of himself driving toward the tent with the campaign volunteers standing out front.

In the report, police say the video cuts out prior to Timm actually striking the tent, and officers describe Timm as being upset that the video ended before “the good part.” After showing the video to the officers, Timm advised them that “he does not like President Trump.” According to the arrest report, Timm goes on to say, “It’s like someone s–tting on your grave” — what Timm was referencing was unclear due to redactions in the report.

Six Trump campaign volunteers said they were targeted while registering people to vote, according to the Duval County Republican Party and the Trump reelection campaign. No injuries were reported.

This story has been updated to reflect Bradley has pleaded not guilty on Friday.