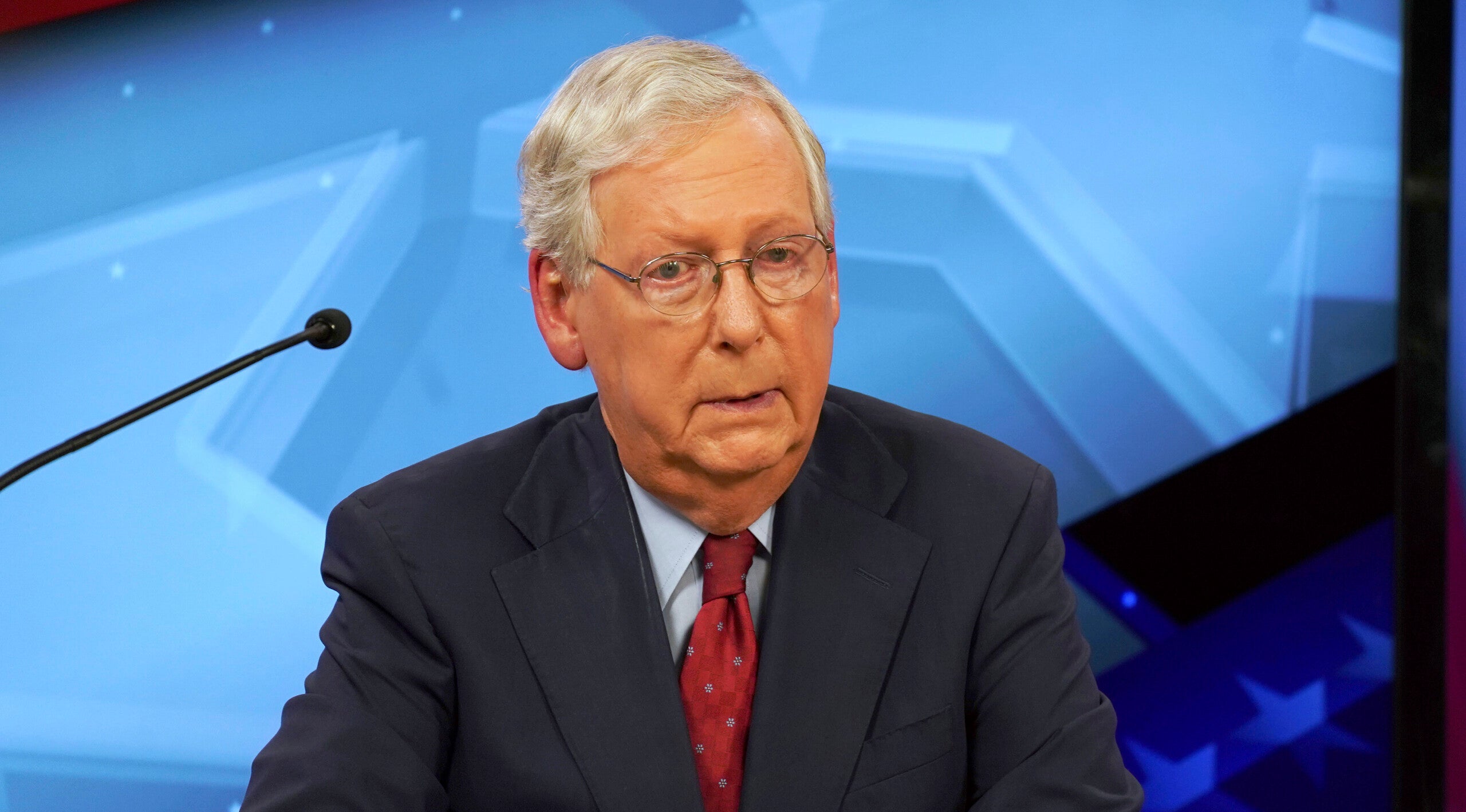 (CNN) — Senate Majority Leader Mitch McConnell appeared to put an end to any pre-election prospects for President Donald Trump’s latest big stimulus proposal on Thursday, saying he had no plans to bring to the floor any package at $1.8 trillion or above.

Trump, just a few hours prior, claimed to Fox Business’ Stuart Varney that he thought there was a chance a stimulus deal could pass before the election, despite the dwindling time and stalled talks.

Citing mounting pressure on House Speaker Nancy Pelosi to secure a deal to help mitigate economic fallout from the coronavirus pandemic, Trump said: “At some point, she might very well say, ‘Hey, look I got to do this.’ “

He acknowledged that so far, Treasury Secretary Steve Mnuchin has not been successful in convincing her to agree to the GOP-preferred piecemeal approach.

But McConnell, reflecting his GOP members who recently ripped into White House officials over the size of their latest $1.8 trillion proposal, has been cool for more than a week to the stimulus approach Trump says he’s interested in securing. He explicitly said Thursday he wouldn’t put an agreement in the range of $1.8 to $2.2 trillion on the Senate floor.

Instead, McConnell plans to put a $500 billion proposal on the floor next week — approximately one-fourth of what Pelosi and Mnuchin are currently discussing. Asked about the ongoing Trump administration negotiations at the higher level, McConnell acknowledged they were still underway. But he made clear he’s going in a different direction.

“That’s not what I’m going to put on the floor,” McConnell told reporters in Kentucky.

“That’s where the administration’s willing to go,” McConnell said of the $1.8 trillion topline number proposed by Trump. “My members think what we laid out, a half a trillion dollars, highly targeted, is the best way to go.”

Asked if a compromise in the higher range was possible, McConnell said: “I don’t think so.”

McConnell’s comments effectively put an end to any possibility of the enactment of a large-scale stimulus deal before the election — something most on Capitol Hill had accepted was out of reach over the last several days.

Even Mnuchin, who is scheduled to have another call with Pelosi on Thursday, acknowledged this week “getting something done before the election and executing on that would be difficult just given where we are.”

That McConnell, earlier this week, was willing to move forward with the more targeted coronavirus relief proposal next week — one that is similar to a proposal already blocked by Senate Democrats — was an acknowledgment that prospects for a broader agreement were fading fast. It’s a stark reality for the millions of unemployed, thousands of small businesses on the brink of failure and schools that have repeatedly said they are dependent on new aid in order to address the shortfalls driven by the pandemic.

But while, at Trump’s urging, the difference in the overall cost of the competing proposals narrowed significantly in the last week, the heart of the disputes between Pelosi and the administration go deep into the specific policy details of the proposal.

Pelosi had previously rejected the $1.8 trillion effort as insufficient on several major fronts and the talks are once again stuck without a clear path forward.

Still, Pelosi and Mnuchin spoke by phone on Wednesday and Mnuchin said Thursday morning on CNBC he was willing to “fundamentally agree” to one of the major outstanding sticking points: the specifics of a national testing, tracing and surveillance strategy.

That fundamental agreement Mnuchin said was coming, however, was a surprise to Democrats, who believed they were still far apart on the specifics after trading proposals Wednesday, aides said.

Trump on Thursday also claimed he had instructed Mnuchin to put the more than $1.8 trillion offer on the table, but that “so far, he hasn’t come home with the bacon.” He also said Republicans would be willing to go along with an even higher topline number, something Republicans in both chambers have made clear privately to their leaders is a non-starter.

Asked why he wouldn’t just agree to House Democrats’ $2.2 trillion offer, Trump blamed Pelosi for including “all sorts of goodies.”

“She’s asking for all sorts of goodies. She wants to bail out badly run Democrat states and cities. She wants money for things that you would never, you just couldn’t — just — your pride couldn’t let it happen,” he said.

The Trump administration has made several attempts to negotiate with House Democrats, but Pelosi has so far rejected their offers claiming significant differences over a series of key elements, from the size of the funding for state and local governments and how hundreds of billions of dollars for schools are allocated, to the scope of child tax credits and liability protections.

Senate Republicans, in a private conference call over the weekend, also tore into the Trump administration’s proposal as far too expensive and filled with policies they found objectionable, sources on the call told CNN at the time.

Despite the current lack of buy-in among Republicans on the Hill, Trump claimed on Fox Business that would be on board with additional spending.

“Yeah I will (go higher than $1.8 trillion) and the Republicans will, too. Because we like stimulus, we want stimulus, and we think we should have stimulus, because it was China’s fault,” he said.