McConnell says ‘no concerns’ despite visible bandages and bruises 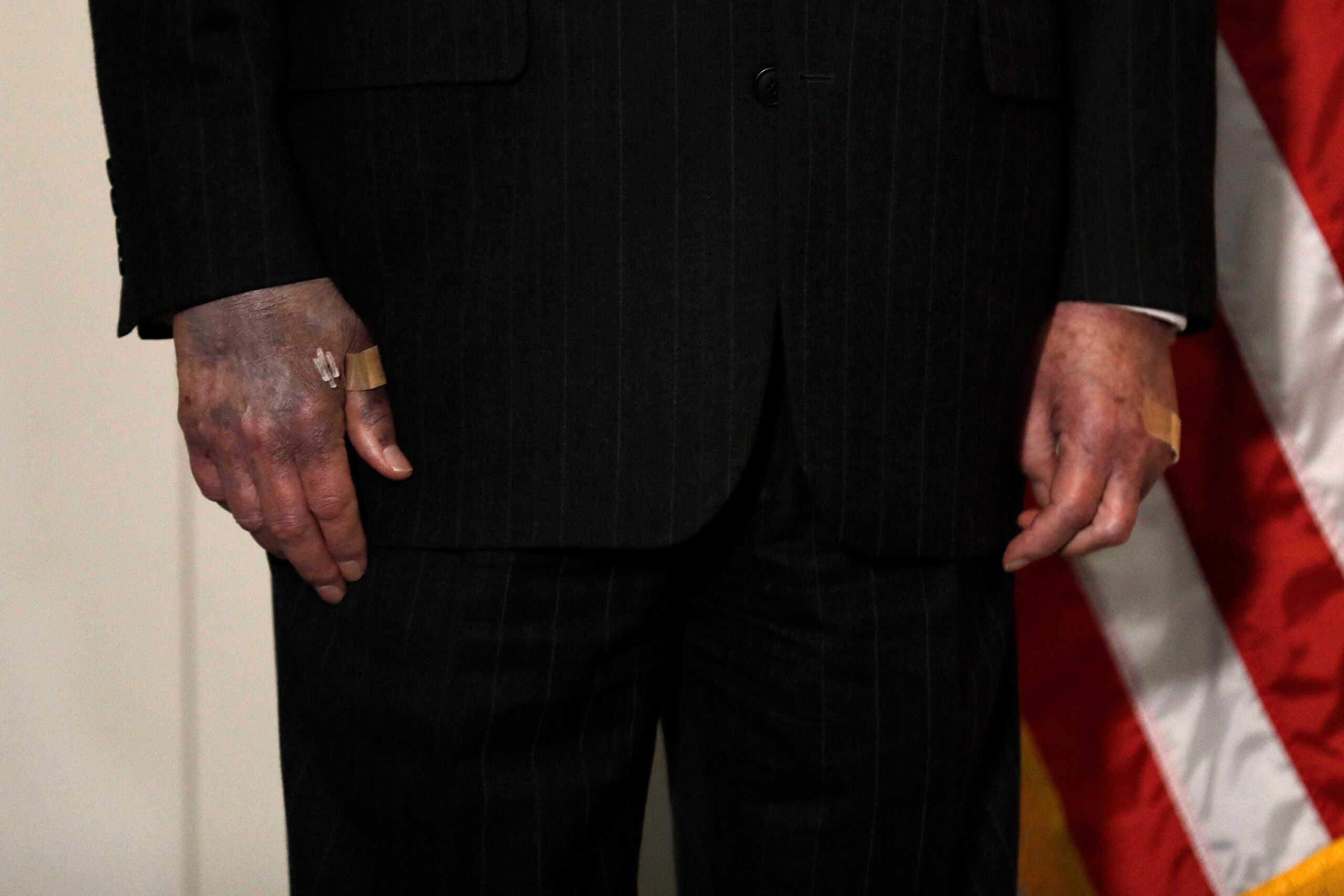 (CNN) — Senate Majority Leader Mitch McConnell did not answer questions about his health Thursday, only saying there were “no concerns” after reporters asked him about what appeared to be bruises and bandages on his hands in recent days.

“Of course not,” McConnell told reporters in the Capitol when asked if he had any health issues people should know about.

McConnell, who is up for reelection, later said there were “no concerns” when asked directly by CNN about the apparent bruises or if he had any other problems.

The 78-year-old did not respond when asked if he was being treated by a doctor. An aide to McConnell also declined to provide any additional details when asked multiple times about the majority leader’s health.

McConnell has been conducting his regular business in the Senate this week, including delivering speeches on the Senate floor as he usually does when the chamber is in session. On Thursday, McConnell spoke in favor of Judge Amy Coney Barrett’s nomination to the Supreme Court in his remarks on the floor.

In 2019, McConnell fractured his shoulder after he tripped and fell at his Kentucky home. He also underwent triple heart bypass surgery in 2003. A statement released by his office at the time described the operation as a success.

McConnell, who survived polio as a child, has been a proponent of mask-wearing and public safety precautions such as social distancing during the ongoing coronavirus pandemic.