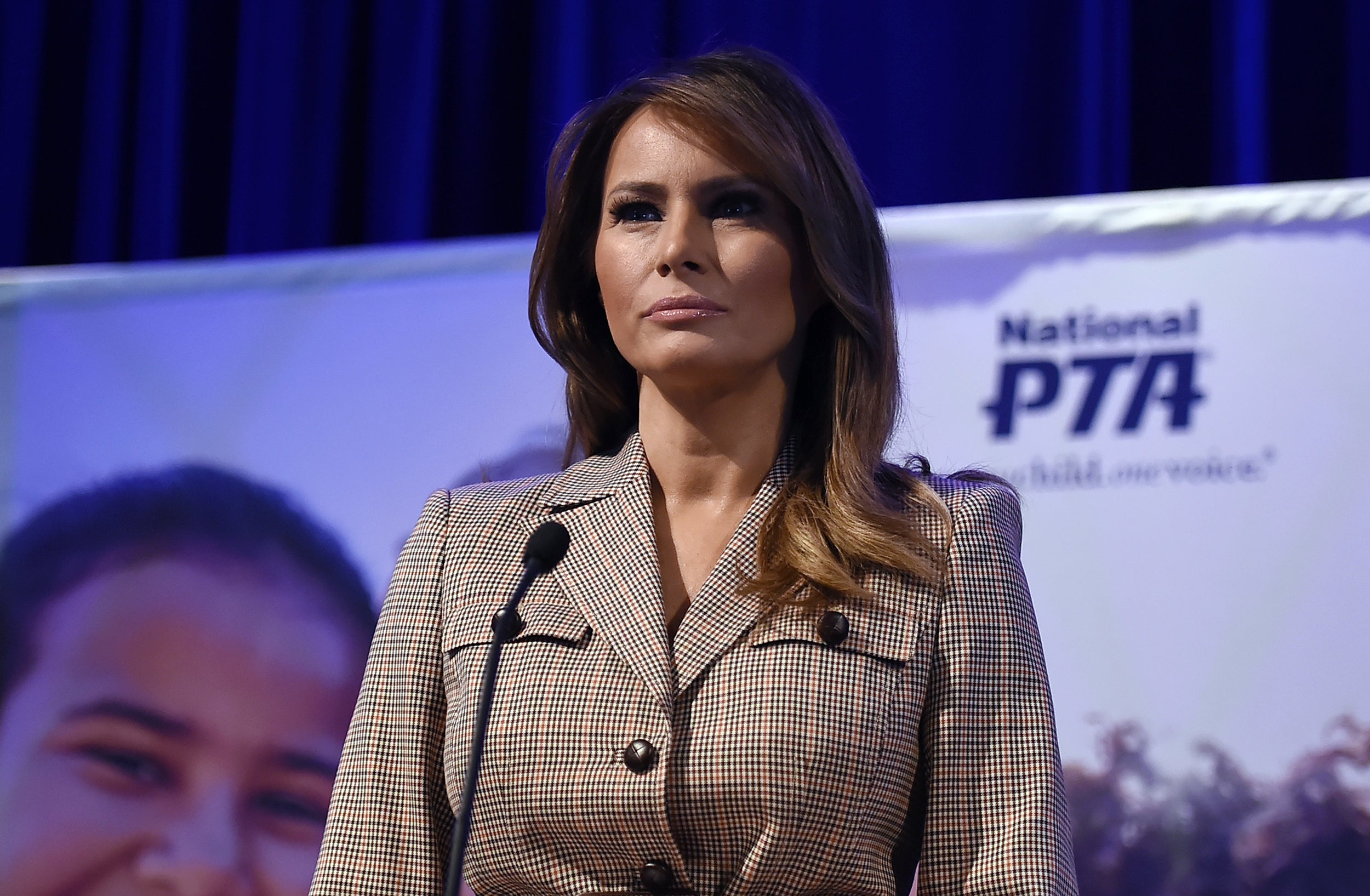 (CNN) — First lady Melania Trump’s messaging in the wake of the killing of George Floyd and the resulting protests around the country has frustrated the West Wing, according to a White House official.

Out of sync with the “law and order” mantra President Donald Trump has supported, the first lady in a handful of tweets has noted peace and healing.

On Monday, at almost exactly the same time as the President was on a conference call with governors telling them from the West Wing they looked like “jerks” for being “weak” and unable to “dominate” and “put down” protests, the first lady was tweeting about the country’s need for peace.

“Focus on taking care of one another & healing our great nation,” she tweeted.

The first lady’s office did not respond to CNN requests for comment.

“First Lady Melania Trump cares deeply for the American people and her messages of comfort, encouragement, healing, and peace are an important part of the President’s commitment to stop the violence and restore security to our neighborhoods,” Judd Deere, White House deputy press secretary, told CNN.

Though Melania Trump has done little to actively soothe racial pain and disparity in America, she does have the ability in one strategically timed tweet to contradict the directive from the West Wing.

Last week, as the country was waking after a night of protests, Twitter slapped a violation warning on a tweet from the President posted late the night before, labeling protesters as “THUGS,” and included the charged phrase, “when the looting starts, the shooting starts.”

Within hours, Trump had turned his ire to Twitter for rebuking him. But at 10 a.m. ET, Melania Trump appeared to align with the social media company, posting: “Our country allows for peaceful protests, but there is no reason for violence.”

“As a nation, let’s focus on peace, prayers & healing,” she added.

That contradiction did not sit well in the West Wing, a White House official told CNN, who noted Trump’s antithetical tweeting, “doesn’t help. It frustrates the West Wing.”

Part of the animus lies in the timing of her tweets, which are often lobbed after her husband has posted something controversial.

“There’s a feeling of deliberateness to her timing that makes it seem even more disjointed,” said one person familiar with the first lady’s actions.

That juxtaposition has led the West Wing to keep the East Wing out of strategic conversations.

Earlier this week, Ivanka Trump, Jared Kushner and Hope Hicks were formulating the plan for the President to walk to St. John’s Church and hold up a bible for a photo op. Melania Trump’s name never came up, says someone with knowledge of the meetings.

“To be honest, I don’t think it was even part of the discussion,” a White House official told CNN.

The first lady’s actions fall dramatically short of an array of potential options available to her to join the country’s conversation about race; she hasn’t had a thoughtful discussion with African American leaders, or a targeted public appearance to shore up support for a nation under duress, as many of her predecessors before her have done.

It is not the first time the first lady, or a member of her staff, has put out oppositional messaging within hours of something the President has said.

She has supported the work of LeBron James after Trump called his intellect into question, broke with the President on separating children from their parents at the United States border, calling it “unacceptable,” and made a PSA about the importance of face masks after the President has refused to wear one in public.

The autonomy of Trump’s East Wing strikes a notable difference from previous administrations, where the work and messaging of first ladies was often designed to dovetail with the directives of the West Wing. There is also tension over the chaotic nature of the President’s unsupervised tweeting, which keeps staffers on a constant state of high-alert, and the disciplined timing of the first lady’s posts, says the official, which are minimal, but can be radically different when compared side-by-side with those of Trump.

Often, there is zero discourse on news of the day between the two sides of the building and that is likely to continue, one White House official said.

“I won’t comment on internal procedures but the West Wing and the East Wing are in regular communication,” Deere told CNN.

Yet Melania Trump has never fallen out of public favor with the President, unlike so many of his aides and advisers, many of whom have seen their reputations trashed and their previous work come under question in the posting of angry tweets from the commander-in-chief.