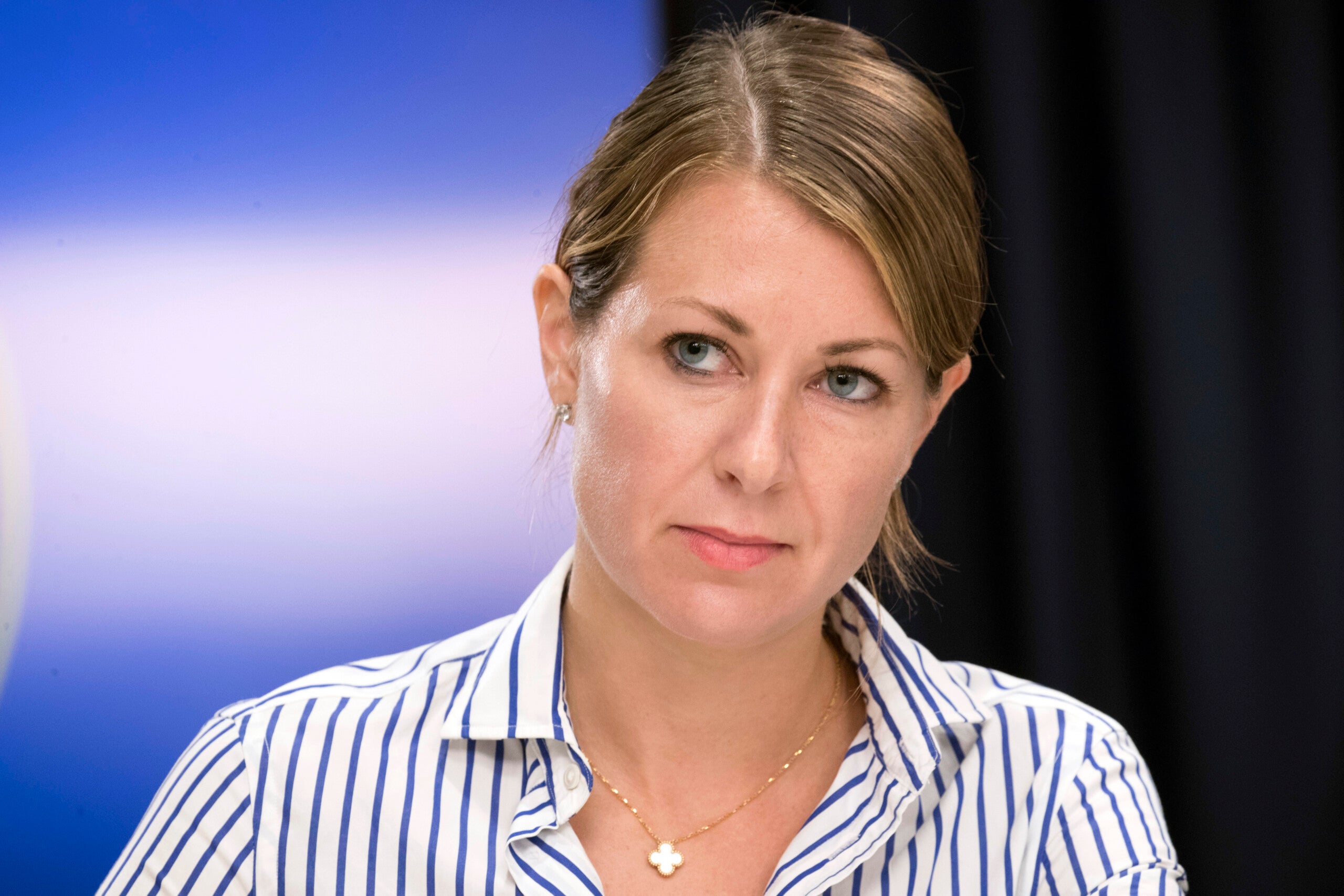 DeRosa, who joined Cuomo’s administration in 2013, eventually became one of the governor’s most trusted confidantes. She wrote in a statement to news organizations that serving the people of New York had been “the greatest honor of my life.”

“Personally, the past two years have been emotionally and mentally trying,” DeRosa wrote in her statement. “I am forever grateful for the opportunity to have worked with such talented and committed colleagues on behalf of our state.”

DeRosa often defended Cuomo when he faced public criticism. In March, she told lawmakers that Cuomo’s administration didn’t turn over nursing home death data to legislators last August because of worries the information would be used against them by President Donald Trump’s administration.

DeRosa is chair of the New York State Council on Women and Girls, which Cuomo launched in 2017 to, in part: “make sure that every policy enacted and each program created takes into account the experiences of women and girls and tries to further advance equality in our state.”

As the aftermath of the attorney general’s report unfolds, Cuomo, a Democrat, has dug in for the fight of his political life despite the threat of potential criminal investigations and widespread calls for his impeachment.

Scores of Democrats, including President Joe Biden, House Speaker Nancy Pelosi and some past Cuomo loyalists, have urged him to leave office or face an impeachment battle he probably cannot win.

About two-thirds of state Assembly members have already said they favor an impeachment trial if he refuses to resign. Nearly all 63 members of the state Senate have called for Cuomo to step down or be removed.

“My sense is from what I’m hearing is he’s still looking for ways to fight this and get his side of the story out,” state Democratic party Chairman Jay Jacobs said in an interview with The Associated Press. But Jacobs added: “I just think that he’s going to, at some point, see that the political support is just not anywhere near enough to even make an attempt worthwhile.”

The governor’s lawyers have promised what will likely be a drawn-out fight to stay in office.

“I am not aware of the governor having plans to resign,” Cuomo lawyer Rita Glavin told CNN on Saturday.

Cuomo — who for months said the public would be “shocked” once he shared his side of the story — has not spoken publicly since the release of a 168-page report written by two independent attorneys who were selected by the state attorney general to investigate.

A female executive assistant who accused Cuomo of groping her said Sunday that what the governor did to her was a crime. She was the first woman to file a criminal complaint against Cuomo.

In her first public interview in which she identified herself, Brittany Commisso told “CBS This Morning” and the Albany Times-Union that the governor “needs to be held accountable.”

Commisso has said Cuomo reached under her shirt and fondled her when they were alone in a room at the Executive Mansion last year and on another occasion rubbed her rear end while they posed for a photo.

“He broke the law,” she said in an excerpt of an interview scheduled to be aired in full on Monday.

Cuomo’s attorneys have centered his defense on attacking the credibility and motives of his accusers. Glavin has also blasted the investigation overseen by Attorney General Letitia James for not providing its findings and transcripts to Cuomo lawyers ahead of time, and for not including more material favorable to Cuomo in the report.

“It was shoddy. It was biased. It omits evidence, and it was an ambush,” Glavin said.

Dozens of state lawmakers who were once hesitant to call for Cuomo’s resignation or impeachment told the AP in recent interviews that they were swayed by the heft of the report.

“I think the majority of us feel that the governor is not in a position to lead the state any longer, and that’s not a temporary position,” said Assembly member John McDonald, a Democrat whose district includes Albany.

Cuomo has flat-out denied that he ever touched anyone inappropriately, but he acknowledged hugging and kissing aides and other individuals.

Glavin said it’s clear to Cuomo that people who “worked for him felt that he was invading their space and that it was unwanted.”

“He doesn’t believe it was inappropriate,” Glavin said. “He has seen what these women have said, and he does feel badly about this.”

Meanwhile, the state Assembly’s judiciary committee planned to meet Monday to discuss when to conclude its monthslong investigation into whether there are grounds to impeach Cuomo.

The investigation has focused on sexual harassment and misconduct, the administration’s past refusal to release how many nursing home residents died of COVID-19, the use of state resources for Cuomo’s $5 million book deal and efforts to prioritize COVID-19 tests for the governor’s inner circle in spring 2020, when testing was scarce.

“What we need to do the soonest is to get Cuomo out of power because of the way he uses it, like a weapon,” the Bronx Democrat said.

Democrats are increasingly worried about how Cuomo will affect political races in New York and potentially nationally, Septimo said.

“I’m willing to put money on how soon we see Cuomo’s face on an attack mailer somewhere in Ohio,” she said. “I feel like everyone’s calculus is bigger than themselves at this point, besides the governor.”

Lt. Gov. Kathy Hochul would take over for Cuomo if a majority of the 150-member Assembly votes to impeach him.

Cuomo championed a sweeping law he signed in 2019 that mandated anti-harassment training, extended the statute of limitations and declared that accusers do not have to prove they were treated differently than other workers. It also lowered New York’s standard for sexual harassment to include unwanted conduct that rises above the level of “petty slights and trivial inconveniences.”

Many lawmakers have criticized the governor for failing to acknowledge that his unwelcome remarks and touching violated his administration’s own definition of sexual harassment, which is based on how a person feels despite the perpetrator’s intent.

Cuomo also faces scrutiny from federal prosecutors over his administration’s handling of COVID-19 nursing home data. And the state ethics commission is looking into the same issues that the Assembly is investigating.

In addition, Albany County Sheriff Craig Apple said Saturday that Cuomo could face misdemeanor charges if investigators substantiate Commisso’s complaint. At least five district attorneys have asked for materials from the attorney general’s inquiry to see if any of the allegations could result in criminal charges.

The investigation concluded that Cuomo sexually harassed a state trooper with unwanted touching and suggestive remarks, a previously unknown account. Investigators found that the governor wanted to assign the trooper to his security detail after briefly meeting her, even though she lacked qualifications for the job.

She defended the governor’s interest as an effort to increase diversity after he found the trooper “impressive” for maintaining eye contact with him in a conversation.