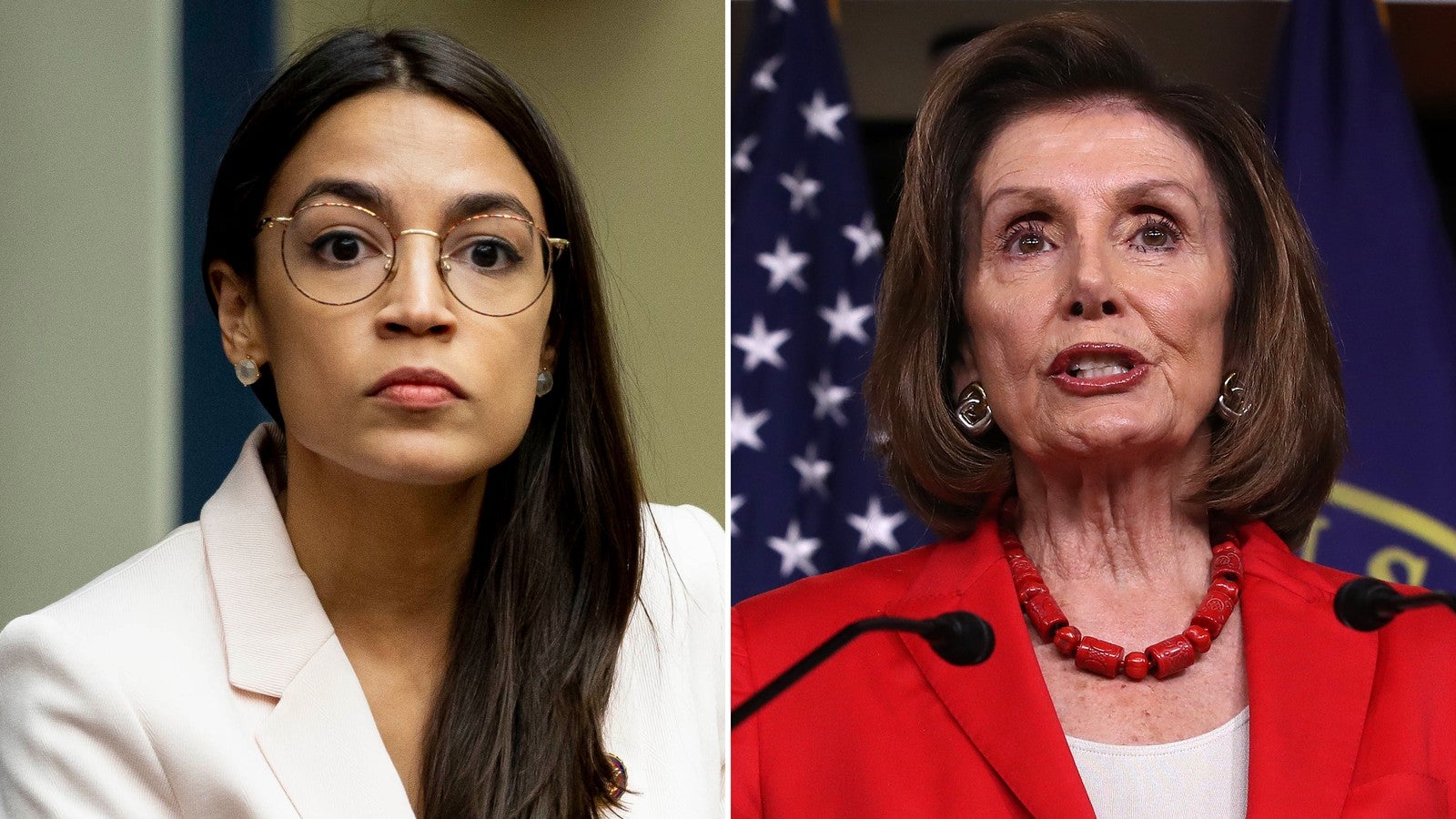 (CNN) — It’s no secret that House Speaker Nancy Pelosi and Democratic Rep. Alexandria Ocasio Cortez of New York have had a tense relationship.

But a new book out April 20 by USA Today’s Susan Page reveals just how fraught the relationship got in 2019 between the speaker and the four then-freshmen progressive lawmakers known as the Squad, Ocasio-Cortez, Ilhan Omar of Minnesota, Rashida Tlaib of Michigan and Ayanna Pressley of Massachusetts, according to an excerpt published in Politico Magazine on Thursday.

In the excerpt, a chapter titled “Inside Nancy Pelosi’s War with the Squad,” Page wrote that Pelosi appeared to mock the four progressive lawmakers in a baby voice for members, after the four squad members intentionally blocked the speaker on an immigration bill in 2019.

“Some people come here, as (former House Appropriations Chair) Dave Obey would have said, to pose for holy pictures,” Pelosi said according to the excerpt.

Then, while mimicking a child’s voice, added, “See how perfect I am and how pure?”

According to the book, Pelosi reached this pinnacle of her frustration in 2019 after Ocasio-Cortez’s then chief of staff, Saikat Chakrabarti, posted a series of tweets that alleged that his boss was better at legislating and leading than the speaker.

“Pelosi claims we can’t focus on impeachment because it’s a distraction from kitchen table issues” Chakrabarti tweeted in July 2019. “But I’d challenge you to find voters that can name a single thing House Democrats have done for their kitchen table this year. What is this legislative mastermind doing?”

This public display of defiance really got under Pelosi’s skin, according to the excerpt.

“So, again, you got a complaint? You come and talk to me about it,” Pelosi said during a closed-door meeting at the time. “But do not tweet about our members and expect us to think that that is just OK.”

In that meeting, Pelosi also said that her agenda was centered on helping children, even when that seemed difficult to do.

“Some of you are here to make a beautiful pâté,” she told those in the meeting, “but we’re making sausage most of the time.”

The excerpt tells the larger story of the underlying dynamics between Pelosi, who is known for ruling the Democratic caucus with “an iron fist in a Gucci glove,” trying to keep her caucus together and members of the Squad, stepping onto the congressional scene for the first time trying to make a name for themselves.

Even though Pelosi admitted in the excerpt that she sees a younger version of herself in them, she argued that perspective does not bode well as an elected member of Congress.

“I’m a liberal from San Francisco,” Pelosi said in the book. “I said to these people, ‘I’ve been you. I was pushing a stroller and carrying a sign. I’ve been you.'”

Pelosi also said, according to the excerpt, “I say to them, as advocates, outsiders, it is our nature to be relentless, persistent, and dissatisfied.”

But outlining how that mentality falls short as an elected member of Congress, Pelosi added, “when you come in, cross that door, take that oath, you have to be oriented toward results. Have confidence in what you believe in, have humility to listen to somebody else, because you’re not a one-person show. This is the Congress of the United States.”

The excerpt also goes on to outline new details of the relationship between Pelosi and Omar, at the time when Omar was under fire for anti-Semitic comments. Omar said in an interview that Pelosi called her the day after she won the primary in 2018, and recollected the speaker calling her so frequently she said in the book that her staff started referring to Pelosi as “Auntie Nancy” every time she called.

In the lead up to the start of the new Congress, Omar said she expressed concern to Pelosi that an antiquated ban on headgear would prevent her from being able to wear her hijab on the House floor, but Pelosi made sure that Omar had no problem wearing her hijab for the swearing-in and even cosponsored an amendment to the rule to allow religious head coverings with Omar to get the rule permanently changed.

When Pelosi was publicly calling for Omar to apologize for her anti-Semitic tweets, the book shares that the speaker was helping behind the scenes and even invited Omar to be the only freshman member to go on a trip to Ghana as the controversy unfolded.