Pelosi ‘at the table’ even after Trump scrapped virus talks 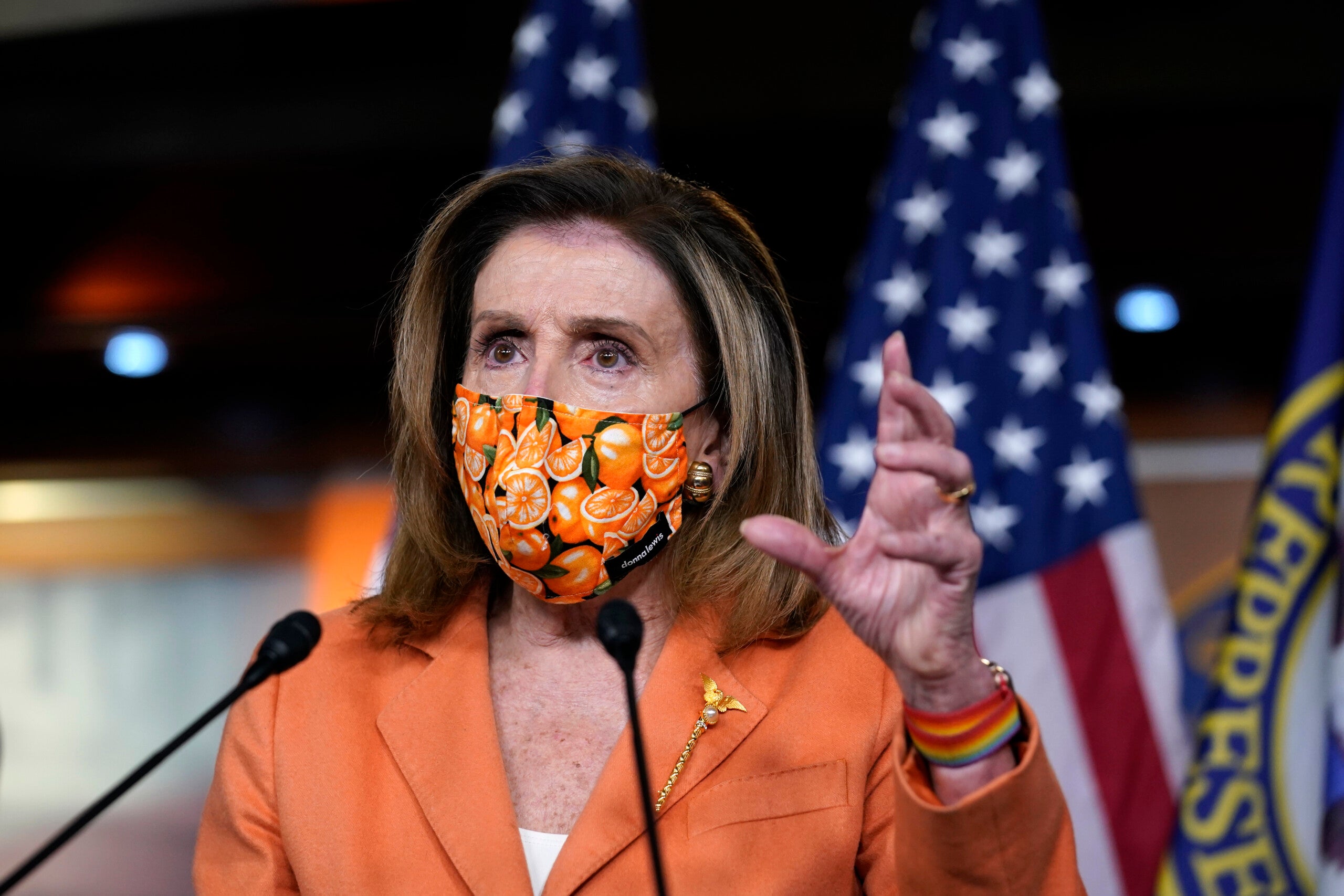 Pelosi said she told Trump’s chief negotiator, Treasury Secretary Steven Mnuchin, she is willing to consider a measure to prop up the airline industry, which is facing widespread layoffs. But that aid, she said, must go alongside broader legislation that includes the kind of COVID testing, tracing and health practices that Democrats say are needed as part of a national strategy to “crush the virus.”

“Lives are at stake,” Pelosi said at the Capitol. “This is deadly serious.”

In a stunning admission, Senate Majority Leader Mitch McConnell said Thursday that he had stopped going to the White House two months ago because he disagreed with its coronavirus protocols. His last visit was Aug. 6.

“My impression was their approach to how to handle this was different from mine and what I insisted we do in the Senate, which is to wear a mask and practice social distancing,” McConnell said at a campaign stop in northern Kentucky for his own reelection.

The sharp words from all sides after Trump lashed out at Congress come during the final weeks in a campaign year fast turning into a referendum on Trump’s handling of the pandemic.

Republican allies are peeling away from Trump, with some calling his decision to withdraw from virus aid talks a mistake. Normally, the splintering could provide grounds for a robust package, but with other Republicans refusing to spending more money, it appears no relief will be coming with Americans already beginning early voting.

McConnell held out hope that “we ought to continue to talk” even as several of his own senators said they do not want to pass more aid. More than 210,000 Americans have died and millions more are infected with a virus that shows no signs of abating heading into what public health experts warn will be a difficult flu season and winter.

“There’s no question that the proximity to the election has made this much more challenging,” McConnell said.

The president blew up negotiations this week when he announced his withdrawal, and then quickly reversed course and reached out for fresh aid. It all came in a head-spinning series of tweets and comments days after he returned to the White House after his hospitalization with COVID-19.

First he told the Republican leaders in Congress on Tuesday to quit negotiating on an aid package. By Wednesday he was trying to bring everyone back to the table for his priority items — including $1,200 stimulus checks for almost all adult Americans.

Democrats have made it clear they will not do a piecemeal approach until the Trump administration signs off on a broader, comprehensive plan they are proposing for virus testing, tracing and other actions to stop its spread. They have scaled back a $3 trillion measure to a $2.2 trillion proposal. The White House presented a $1.6 trillion counter offer. Talks were ongoing when Trump shut them down.

“If there’s one thing that has to be in this bill that he has never made as a priority, it’s crushing the virus — instead of the denial, delay, distortion, lack of reality that the president has all along brought to this,” Pelosi said.

“We’ve told the White House, we’re at the table,” she said.

But Pelosi said of the president’s attitude toward the virus, as he brags about being a “perfect specimen” who is responding well to experimental treatments: “His disassociation from reality would be funny if it weren’t so deadly.”

Pelosi raised the prospect of the 25th Amendment to the Constitution — which allows the president’s Cabinet members to remove him from office — as a topic for future discussion. She refused to elaborate.

Trump’s diagnosis last week coincides with an outbreak across the White House, as a number of the visitors and high level advisers to the president have now tested positive and are in quarantine.

After a Rose Garden event to announce Trump’s Supreme Court nominee, Amy Coney Barrett, two Republican senators tested positive. They are now isolating. A third GOP senator who was in contact with one of the other two is also now positive and in isolation. Several members of Congress have tested positive, including a congressman who lives next door to one of those senators.

Associated Press writers Bruce Schreiner in Frankfort, Kentucky, and Laurie Kellman and Pamananda Rama in Washington contributed to this report.