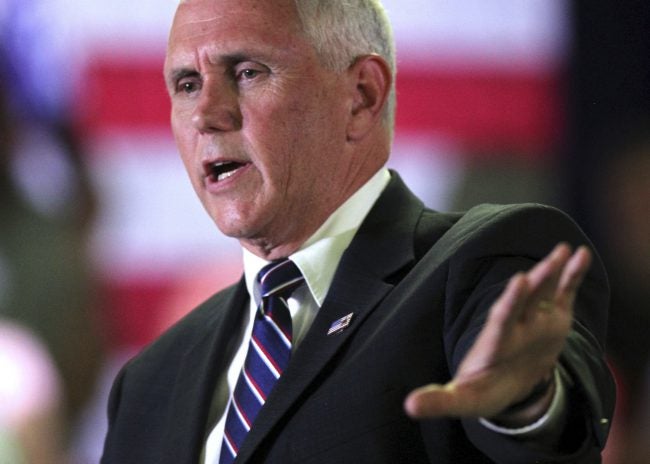 INDIANAPOLIS (WISH) — Mike Pence campaigned in New Hampshire on Thursday. It’s another attempt by Donald Trump’s running mate to shore up support in a battleground state.

Hillary Clinton has a solid lead in New Hampshire, nine points in the most recent poll. And when Governor Pence held a town hall meeting in Manchester he sounded like a candidate who needs some help.

Pence was able to avoid controversy while taking questions from the crowd.

At one point he even joked about the celebrity nature of Donald Trump’s campaign. He told the crowd that he’s the B-list Republican celebrity.

He closed by bashing the media coverage of Donald Trump and making this plea.

“The most powerful media in America is you. All right? So, I mean, word of mouth has always been and will always be the most powerful form of communication,” he said, “because when you sit down with a neighbor and friend who has known you for years, you sit down over a cup of coffee, you stop somebody at your place of worship, or you run into somebody at the grocery store, you stop somebody at work and you just say, hey, you know I just was with Mike the other day. He told us to tell somebody so I’m just going to tell ya, I’m voting for Donald Trump and here’s why.”

Pence also shared some personal information with the crowd in Manchester. He told them that this is his daughter Audrey’s 22nd birthday. She attends Northeastern University in nearby Boston and he said that he and first lady Karen Pence are planning to have dinner with her Thursday night.