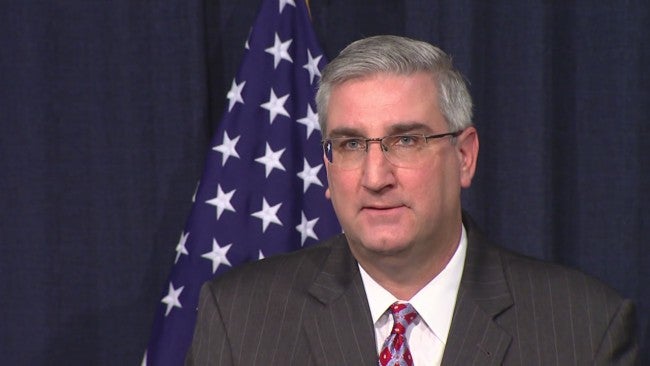 INDIANAPOLIS (WISH) — Eric Holcomb will be the next lieutenant governor of Indiana.

The former state GOP chairman was nominated by the governor Tuesday in an unprecedented move.

It’s all about the effort to get Mike Pence re-elected. Eric Holcomb is a popular choice with Republican party officials, and his biggest qualification is his reputation as a tireless campaigner.

One day after Holcomb dropped a bid for the U.S. Senate he was standing alongside Gov. Mike Pence in a changing of the guard that can be best described as unusual.

“Eric Holcomb is ready day one,” Pence said, “to assume the duties of lieutenant governor of the state of Indiana.”

Current Lieutenant Governor Sue Ellspermann is stepping down in the hopes that she will be named the next president of Ivy Tech. She says it was her idea.

Holcomb, meantime, pledged full support to the governor, “He and I are focused on his agenda going forward,” he said, as Democrats argued that Indiana government is becoming less diverse.

“I know he has a fairly deep political resume, but it takes more than that to be the lieutenant governor of this state,” said Senate Minority Leader Tim Lanane. “I am also just am concerned about the loss of our current lieutenant governor. The timing is curious to say the least.”

And while the governor insisted that the announcement was not political, he also made it clear that Holcomb is now a candidate.

“I’m excited that he has also consented to be on the ticket as we seek re-election in the fall of this year,” Pence said.

The General Assembly must confirm the selection. The governor said he will meet with legislative leaders Wednesday to figure out the timing of House and Senate votes on the Holcomb nomination.

He said they will take place in a matter of weeks.