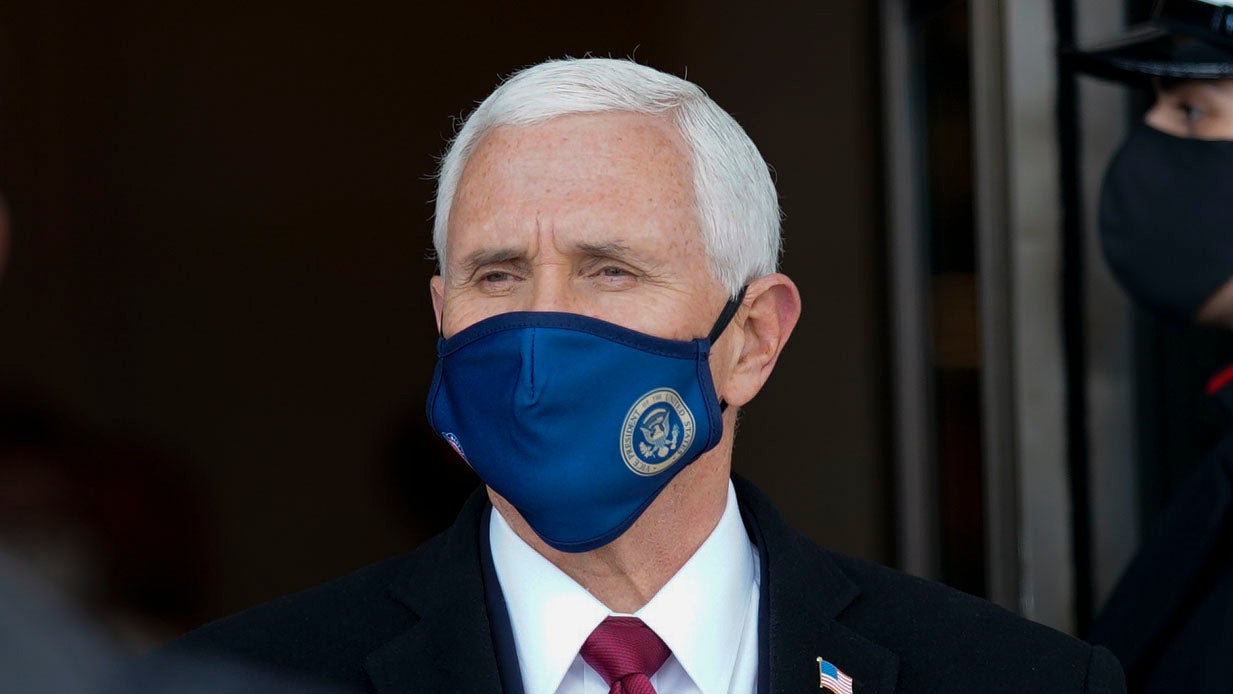 (CNN) — When Mike Pence underwent heart surgery earlier this month, he had alerted only a few family members and aides beforehand. Several onetime Pence aides were caught off guard when he released a statement that after experiencing “symptoms associated with a slow heart rate” for two weeks, the former vice president had a pacemaker implanted at a Virginia hospital.

Even Donald Trump only learned of the surgery from media reports, according to two people familiar with the matter. The former President later called Pence to wish him a speedy recovery, both people said.

The episode is emblematic of the challenge Pence faces as he reemerges onto the political scene with a series of events in South Carolina on Thursday, including his first public speech since leaving office. The former vice president is figuring out how to channel his complicated relationship with Trump into his own distinct political brand.

“For Trump administration officials and especially Vice President Pence, there will be lots of needle-threading,” said David Kochel, a Republican strategist and veteran of presidential campaigns. “He’ll want all the benefits of his loyalty to Trump while standing up his own political brand independent of the former president.”

That will require Pence distinguishing himself from Trump when necessary while still aligning himself with the Trump administration achievements that are most popular with the Republican base. Pence is not alone in searching for that balance. It’s a dynamic confronting other potential 2024 contenders, including Trump administration officials such as former Secretary of State Mike Pompeo and Nikki Haley, the former US Ambassador to the United Nations.

The relationship between the two Republican leaders has remained cordial but strained since January — when the then-vice president bucked Trump’s desire to block the counting of the electoral votes and was faced with the threat of a violent mob storming the US Capitol.

After both men left office on January 20, they have spoken at least once a month on the phone, including a call from Trump in March to congratulate Pence on the birth of his first grandchild. But unlike other GOP leaders who have made the trek to Mar-a-Lago, Pence (who is splitting his time between Indiana and the Washington area) has not met with Trump in person since the former President departed permanently for Florida.

Planting the seeds in South Carolina

Pence has an opportunity to set himself apart in his Thursday night address to the Palmetto Family Council in Columbia, South Carolina — his first public speech since leaving office and the start of an expansion of Pence’s political activity.

In his speech, Pence is expected to tout the policy accomplishments of the Trump administration and draw contrasts with the Biden administration, according to two people familiar with the former vice president’s plans.

The speech will cap off a full day for Pence in the early primary state, which includes a tour of a medical school in Spartanburg and a meeting with pastors in Columbia.

The timing of his post-2020 debut is intentional, said the person familiar with Pence’s plans, coming on Joe Biden’s 100th day in office and one day after the President’s first joint address to Congress. It marks the end of a period of strategic silence Pence has afforded to the new administration, and gives him a chance to react and respond to Biden’s address.

Pence’s choice of venue is also no accident. The Palmetto Family Council touts itself as a pro-family advocacy group with a mission to “persuasively present biblical principles in the centers of influence on issues affecting the family through research, communication, and networking.” The group lobbies in South Carolina for issues like limiting abortion rights, protecting home schooling, restricting gambling and opposing drug legalization.

The group represents important parts of Pence’s social conservative base within the Republican Party. The two people familiar with his speech say he’ll likely tout the Trump administration’s record on nominating conservative judges to the federal judiciary and repeat the claim that theirs was the “most pro-life administration” in history.

“He speaks to that crowd very well. His issues resonate with those voters better than anybody’s,” said André Bauer, the former lieutenant governor of South Carolina, who told CNN he plans to attend the speech in Columbia.

With its early state status, South Carolina is an important place to plant seeds for a potential future White House campaign by Pence. He has already assembled a group of allies there, including Bauer and the former state GOP chair, Chip Saltsman.

A busy schedule ahead

Thursday’s slate of appearances is just the beginning of what sources close to Pence say will be an uptick in political activity for him — all of it designed to enhance Pence’s own brand as a movement conservative and loyal Republican.

People familiar with his conversations say Pence remains close with both House Minority Leader Kevin McCarthy and Arizona Gov. Doug Ducey, the current chair of the Republican Governors Association. As both a former Indiana congressman and governor, Pence will seek to be an active presence on the campaign trail for GOP candidates running for House, Senate and gubernatorial races in 2022.

He’ll also begin meeting with donors and appearing at fundraisers for GOP candidates next month — including a return to South Carolina in June to raise money for House Republicans there, according to a Republican source familiar with his plans.

As a longtime ally of conservative activists dating back to his days as a talk radio host and president of a free-market think tank in Indiana, Pence is cultivating ties to that movement as well. In addition to his visiting fellowship at the Heritage Foundation, Pence will launch a podcast in September in conjunction with the Young America’s Foundation, a conservative youth organization.

And in April, he launched a new political advocacy group called Advancing American Freedom that boasts an advisory board of Trump allies, former administration officials and Republican bigwigs, including Kellyanne Conway, Newt and Callista Gingrich, Larry Kudlow and Robert Lighthizer. The group has also begun to send out fundraising emails — building out a small-dollar donor list that could come in handy in a future presidential campaign.

The flurry of activity — along with Pence’s multimillion-dollar, two-book deal with publisher Simon & Schuster — may signal a future campaign, even as the question of whether Trump himself will run in 2024 remains unanswered. Whatever Trump’s decision is, Pence’s moves show the former vice president is beginning to chart his own course.

“He’s getting back out of the shadows of being VP and getting back into being a leader on conservative issues, particularly social issues,” said Bauer, the former lieutenant governor. “That’s where his heart is.”