Trump on firing of US attorney in NY: ‘I’m not involved’ 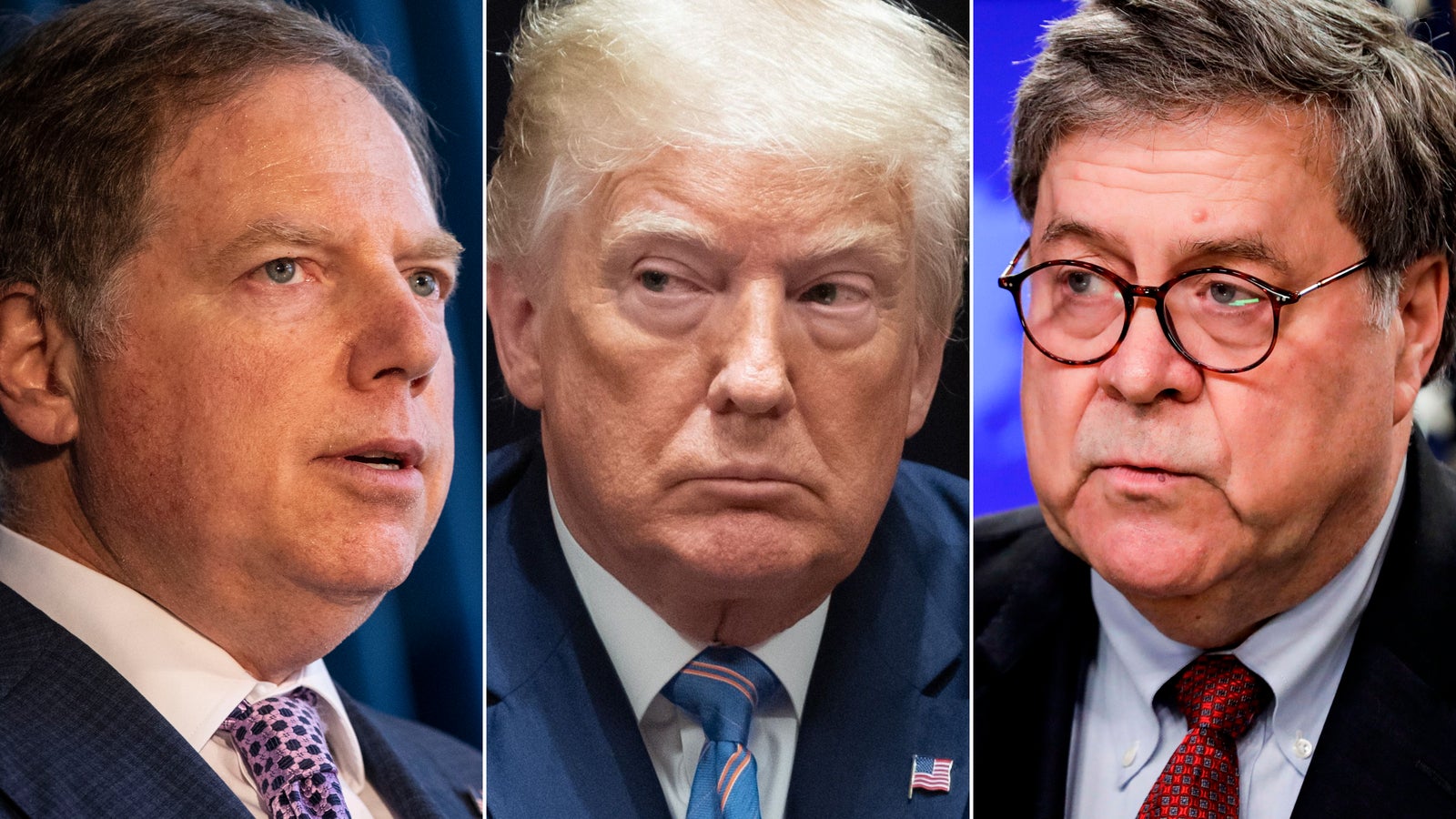 (CNN) — Attorney General Bill Barr said in a letter Saturday that President Donald Trump had fired Geoffrey Berman, the powerful prosecutor atop the Manhattan US Attorney’s office who has investigated Trump’s allies, after Berman refused Barr’s effort a day prior to oust him.

“Unfortunately, with your statement of last night, you have chosen public spectacle over public service,” Barr said in his letter to Berman. “Because you have declared that you have no intention of resigning, I have asked the President to remove you as of today, and he has done so.”

But Trump said Saturday he wasn’t involved with the decision.

“Well, that’s all up to the attorney general. Attorney General Barr is working on that,” Trump said on the South Lawn ahead of his departure for his rally in Tulsa, Oklahoma. “That’s his department, not my department. But we have a very capable attorney general so that’s really up to him. I’m not involved.”

The remarkable escalation comes after Barr tried to remove Berman on Friday, but Berman defied Barr by refusing to step down. In an extraordinary statement sent roughly an hour after Barr said Berman was set to leave the office, Berman said he had learned of his purported exit from a press release.

“I have not resigned, and have no intention of resigning, my position, to which I was appointed by the Judges of the United States District Court for the Southern District of New York. I will step down when a presidentially appointed nominee is confirmed by the Senate,” Berman said.

Barr’s letter Saturday noted that “by operation of law,” Berman’s current deputy, Audrey Strauss, will become Acting US Attorney, “and I anticipate that she will serve in that capacity until a permanent successor is in place.” On Friday evening, Barr said he intends to nominate as Berman’s permanent successor Jay Clayton, the chairman of the Securities and Exchange Commission, who has never been a prosecutor.

Barr’s effort to push out one of the most powerful prosecutors in the country had begun to run into headwinds Saturday, with Republicans signaling little appetite to fight to confirm a new US attorney amid Democratic accusations that the move was an effort to shield Trump’s associates from federal investigation.

Republicans on Capitol Hill were blindsided by the late Friday night effort by Barr to seek the ouster of Berman and showed little willingness to confirm a new nominee without Democratic support — meaning there’s a real possibility that the nomination of Jay Clayton to replace him could languish and Berman could stay at the post indefinitely.

The fast-moving developments seemed to catch by surprise Senate Judiciary Chairman Lindsey Graham, a close ally of Trump’s and Barr’s, who said Saturday he had not been told about the effort to fire Berman.

And in a significant announcement Saturday, Graham announced that he will honor tradition to let home-state senators sign off on a replacement for Berman’s post, meaning that Democrats essentially have veto power over a replacement to a position considered the most powerful US attorney job in the country.

Berman, seemingly undeterred by the controversy, showed up to work Saturday morning, telling reporters: “I’m just here to do my job.”

I was surprised and quite disappointed by the press statement you released last night. As we

discussed, I wanted the opportunity to choose a distinguished New York lawyer, Jay Clayton, to

transition. When the Department of Justice advised the public of the President’s intent to nominate

your successor, I had understood that we were in ongoing discussions concerning the possibility of

your remaining in the Department or Administration in one of the other senior positions we discussed,

Exchange Commission. While we advised the public that you would leave the U.S. Attorney’s office

in two weeks, I still hoped that your departure could be amicable.

Unfortunately, with your statement of last night, you have chosen public spectacle over public

service. Because you have declared that you have no intention of resigning, I have asked the

President to remove you as of today, and he has done so. By operation of law, the Deputy United

she will serve in that capacity until a permanent successor is in place. See 28 U.S.C. 541(c).

displaced, it is well-established that a court-appointed U.S. Attorney is subject to removal by the

ensure that cases now pending in the Southern District of New York are handled appropriately. This

is obviously false. I fully expect that the office will continue to handle all cases in the normal course

and pursuant to the Department’s applicable standards, policies, and guidance. Going forward, if any

actions or decisions are taken that office supervisors conclude are improper interference with a case,

that information should be provided immediately to Michael Horowitz, the Department of Justice’s

decided on the law and the facts.”